Tempe Union High School district has three measures: a $100 million bond as well as a maintenance and operations budget override and a district additional assistance override.

The third school district in the area, Kyrene, got its additional funding last fall when voters overwhelmingly approved continuation of a maintenance and operations budget override. Kyrene saw its override pass with 61 percent of the vote to support teacher salaries, smaller class sizes, special-area instruction like music and art, and targeted student support services.

TUHSD is looking for something similar — and more. Its maintenance and operations budget override request would be 15 percent for five years, and then 10 percent for Year 6 and 5 percent for Year 7.  Its district additional assistance override, which covers items that the bond and M&O override don’t, would be for 10 percent a year over seven years.

A 38-member citizens advisory group assessed TUHSD’s needs as well as what it believed the  community would support, according to the district.

“The committee recommended that we should go out for all three questions,” said Diane Meulemans, TUHSD assistant superintendent for business services. “Committee members felt that, yes, a slight tax increase would be acceptable but there needs to be messaging in regard to that, something specific about how each community around our schools benefits, how this impacts their particular school.”

“We told voters we’d use that for teacher compensation,” Meulemans said. “And our teacher salaries went up well above the state average since that last override kicked in in 2018 because of our community support. It’s important to show our community that we did what we told them we were going to do.” 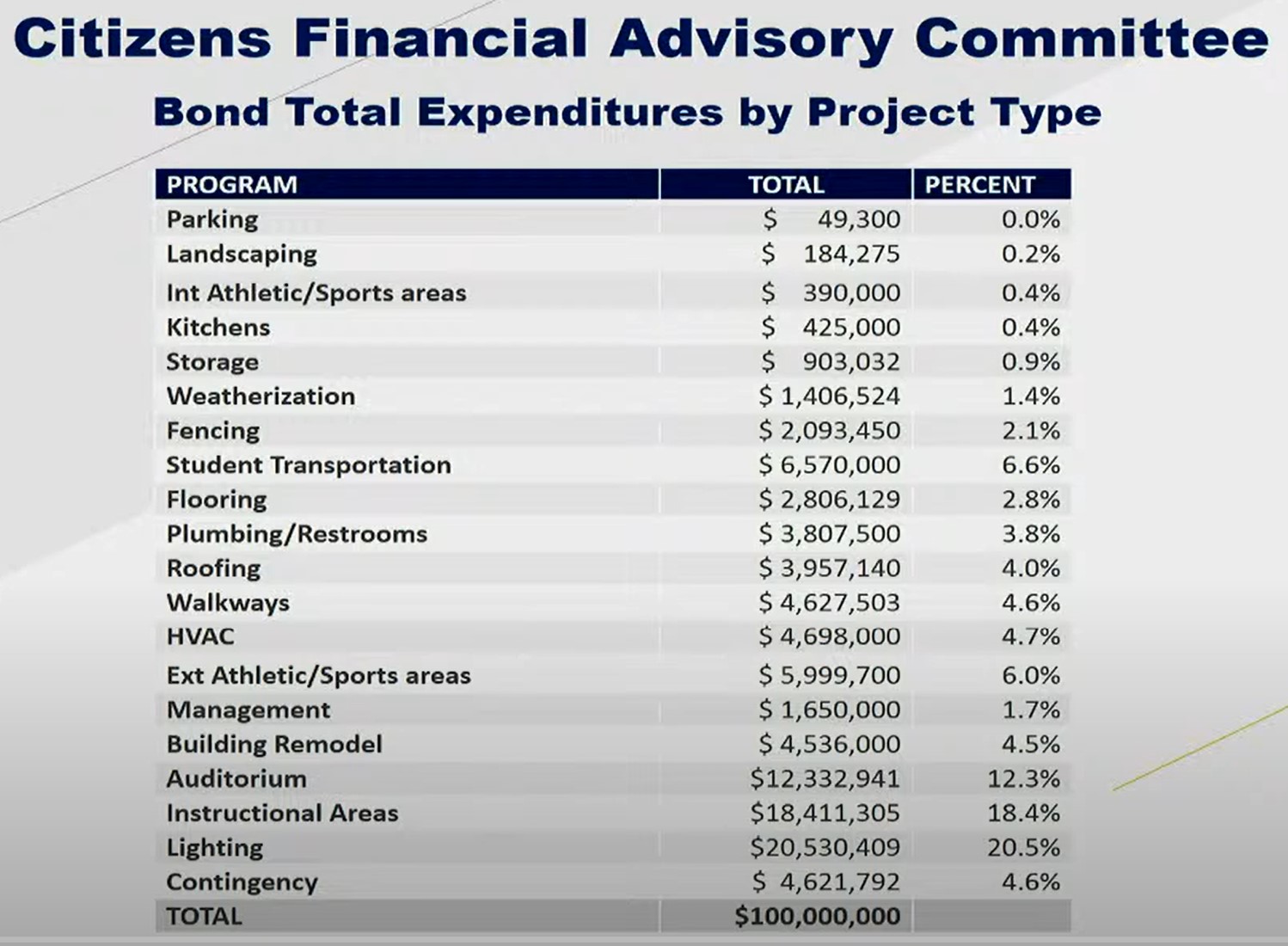 If the TUHSD 15 percent maintenance and operations override does not pass, the district must pare $4.3 million from its budget each of the next three years, a cut of $13 million. That undoubtedly would impact class sizes, core instruction, elective programs, support services, preventative maintenance, professional development, tech services, athletics and teacher salaries, according to the district.

This past fiscal year, 65 percent of the district’s expenses were paid from the maintenance and operations budget.

In the district’s request for a 10 percent additional assistance override, it is asking for $8.7 million a year, an increase of $2.2 million. Those funds are used for such things as buildings, furniture, athletic equipment, computer software, textbooks, library books, and to pay down principal and interest on bonds. 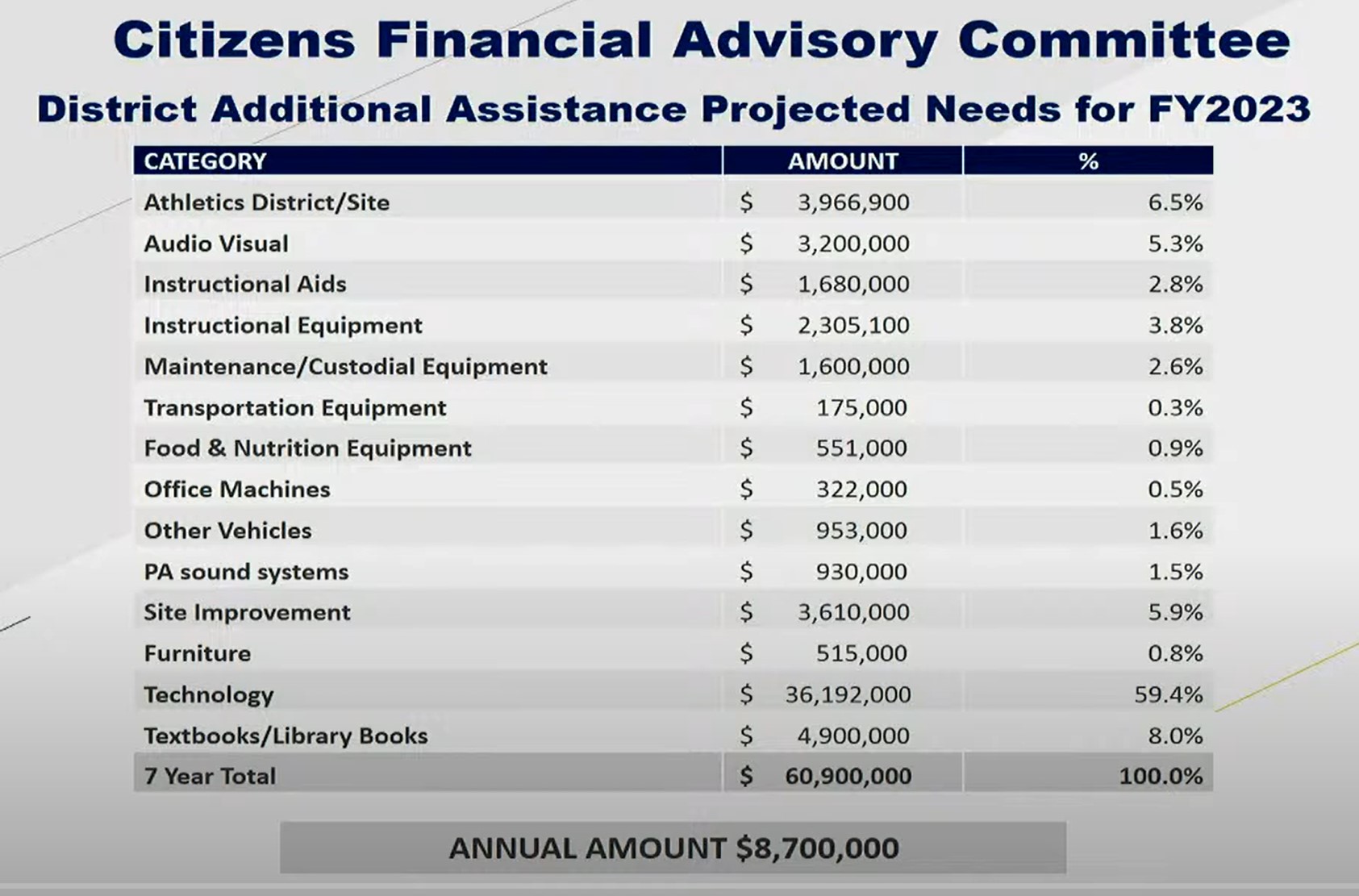 Meulemans anticipates that 59.4 percent of an additional assistance override would go to technology, including laptops and improved software and wireless internet service.

The district would upgrade science labs and auditoriums, repair aging flooring, improve or expand locker rooms, buy buses and improve district fuel-storage tanks, and repair or upgrade plumbing, heating and air conditioning systems. The district also plans to convert all lighting – inside and outside – to LED.

Meanwhile, in Tempe Elementary School District, the board is requesting a school-improvement bond of $196.5 million for, among other things, the rebuilding of Fees College Prep Middle School, Rover Elementary, Connolly Middle School and Curry Elementary.

The money also would cover safety and security improvements, new buses and critical maintenance of HVAC, roofing and air handlers.

Tempe Elementary estimates the tax impact to be about $69 a year for a home with tax valuation of $100,000. Its poll indicates that 68 percent of voters are likely to support the bond, according to Tempe Elementary.