Fans at FuelFest’s inaugural West Chandler event at Wild Horse Pass Motorsports Park this month knew that Cody Walker and Tyrese Gibson of the “The & Furious” action-film franchise were to appear. But at the last minute, thousands of car enthusiasts on hand were treated to a surprise when Vin Diesel joined his co-stars.

Co-founded by Cody Walker and Chris Lee, FuelFest donates a portion of its proceeds to Reach Out WorldWide, the non-profit charity founded by Paul Walker and continued by his brother, Cody.

ROWW was founded in 2010 by the late actor/producer after a massive earthquake devastated Haiti and Walker was inspired to organize a relief team that responded to the disaster. Its mission is to fill the gap between the availability of skilled resources in post-disaster situations. ROWW completed four deployments in 2020 and continues to operate where needed.

Since Paul’s passing, ROWW continues to be a platform to make a difference in other people’s lives. It hopes to turn the “I generation” into the “goodwill generation” by giving people not just a voice but a chance to act. 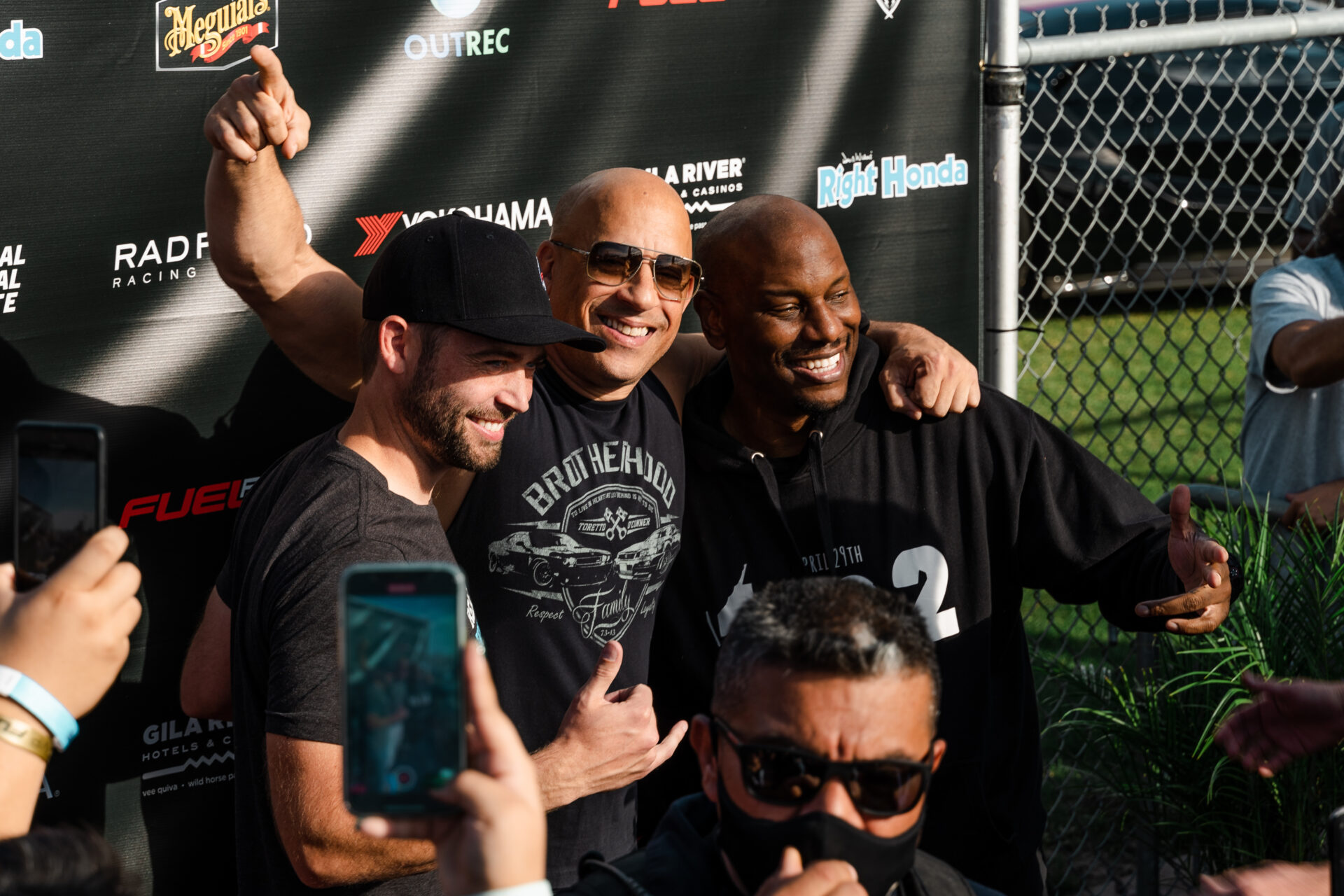 There were car exhibitions, drag racing and a massive live-action drift course that ran the length of the venue and a VIP lounge sponsored by Barrett Jackson.