Why not? After all, Spielberg, the world-renowned film director, grew up in Phoenix and attended Arcadia High School.

The Corona Film and TV students last year were given mock Emmy awards by their instructor.

“I got Most Positive Person,” said Leah Gunter, 18, a senior, and one of two student executive producers in the program. “When things get stressful in this environment, being positive is really important. Sometimes I get on peers’ nerves with my enthusiasm and positive energy. I’m always telling them, ‘Don’t worry guys, we can do this!’”

And they did. The fun Emmys became real Emmys on Nov. 6 when Corona’s broadcast team at [cdstv] stunned even themselves by winning two Rocky Mountain Emmy awards – TV’s biggest prize, at the same ceremony as all the big television stations in the Valley, Salt Lake City and Albuquerque – after having been nominated for seven of them.

“It was an amazing feeling,” Gunter said. “We all watched the livestream together. It was so cool to just be nominated and considered for an Emmy, but the fact that we won one and now we’re held to that standard is so rewarding because we all worked so hard on the broadcast every week. It was really nice knowing all of our hard work pays off in the end.”

That was echoed by Layla Reif, 16, the program’s first-ever junior executive producer.

“Just actually having the opportunity to experience it in an industry format is so cool,” Reif said. “Seeing it and actually applying it in my real life is super rewarding.”

Forbes took over the program, which had been a club activity, 15 years ago and made it an official class. There now are nearly 120 students in the program that includes two beginning classes, an intermediate and an advanced class and the newest, an animation class.

As Forbes says, it has become “kind of a big deal.” 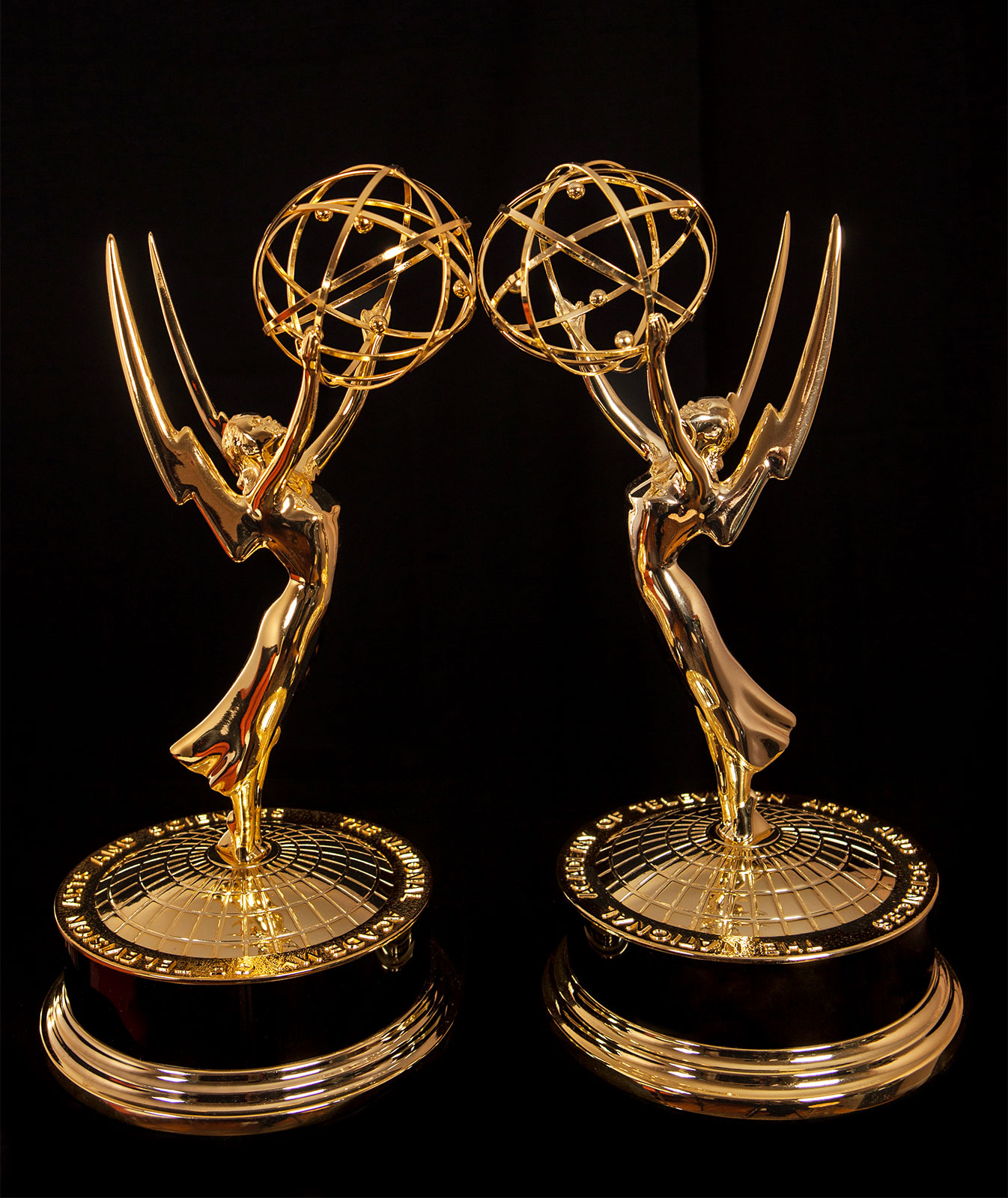 Walk into his classroom and there is an impressive collection of cameras and laptop computers. Across the hall is a full production studio.

“We’re very grateful to have it all,” Reif said.

Corona won one Emmy for Best High School Magazine Program. Gunter was one of the reporters.

“I’ve been in [cdstv] all four years,” Gunter said. “Mr. Forbes came to (Aprende) middle school when I was in eighth grade and did a presentation about [cdstv] and it just sounded like exactly what I wanted to do. So I quickly signed up for the program and I just fell in love with it.”

According to Forbes, “If she doesn’t go into film or TV it’s a crime.”

“I definitely want to do something in this field for my career,” Reif said. “I’ve always loved acting as well. The idea of directing, producing and acting is like a dream for me. Getting to work behind the camera also is something I didn’t know I was interested in until I joined this class. I love it now.”

“We don’t do stories just to do stories,” Forbes said. “We’ll have cooking segments. We’ll do sketches, tasting weird foods, maybe a public-service announcement about getting grades up and making it fun at the same time.

“It’s that kind of content that makes us a newsmagazine as opposed to a newscast. We don’t just report the news. We do announcements, but we also bring the school together with quality content. I always refer to it as the Daily Show as opposed to the Today show. We’re there to inform, but also to entertain.”

Lee Shappell
Lee Shappell became a journalist because he didn’t become a rocket scientist! He exhausted the math courses available by his junior year in high school and earned early admission to Rice University, intending to take advantage of its relationship with the Johnson Space Center and become an aerospace engineer. But as a high school senior, needing a class to be eligible for sports with no more math available, he took student newspaper as a credit and was hooked. He studied journalism at the UofA and has been senior reporter, copy desk chief and managing editor at several Valley publications.
Previous articlePrint Edition – November 20, 2021
Next articleDon’t be blue, stay out of the red on Black Friday