Glynn Gilcrease sits in a booth at a Tempe coffee shop. On the table sits a tattered paperback.

The cover is held on with layers of Scotch Tape. Between tears and creases, a pensive Abraham Lincoln gazes into the distance. “GREAT PEECHES,” reads the gold fat-face letters on the cover. The “S” has worn away.

“Let’s see. How many times have I been through it?” Gilcrease said, pausing to think. “This is the second book. The other one is worn out more than this one.”

Despite the countless hours he has spent leafing through the pages, Gilcrease continues to find edification in the inspired prose of the great orator.

“It was poetry. Just the elegance of it, the symmetry of it. There was nothing superfluous,” he said.

Gilcrease’s copy of Abraham Lincoln’s Great Speeches fits nicely into his coat pocket. He keeps it with him at all times and reads from it daily. But to him, the little paperback is not simply study material.

It is a script.

He has performed his one-man show for diverse audiences, among them elementary-school children, college students and Rotary Clubs.

When he is not attired in his top hat and overcoat, 76-year-old Gilcrease works as a trial lawyer. After completing his tour of duty in the U.S. Marine Corps in 1971, Gilcrease earned a J.D. degree from Baylor University School of Law. Shortly after graduating, the young attorney relocated from Waco, Texas, to Tempe, where he has lived and practiced law for 48 years and counting.

In the context of his long and decorated career, Gilcrease’s fervor for Lincoln is a relatively recent development.

It began 15 years ago, when he picked up a book of Lincoln’s speeches for casual reading. He has yet to put it down.

He notes that as he immersed himself into Lincoln’s works, “I just became even more and more amazed as to who he was and how he created this majestic language for all of America to share. So, I became truly inspired. It was an inspiration different from just liking or liking very much, even. It transcended that into something that was a very special part of my life.”

When Gilcrease began studying Lincoln, the thought of dramatizing the words of the great orator had not crossed his mind. He had no experience as a theatrical artist. His drama career began almost by accident.

Gilcrease spent countless hours poring over Lincoln’s works. Then, one day, he realized that he could nearly recite from memory Lincoln’s second inaugural address.

“I found that I started to memorize them without even thinking that I was memorizing them,” he said. “And then, I just coincidentally happened to be his exact height and weight when I started doing this.”

Gilcrease saw an opportunity to reanimate the inspired words of the 16th president of the United States. So he tracked down a costume and began sharing Lincoln’s timeless message of justice, honesty and charity.

“Sometimes, just depending on what the issues are — what’s going on — I will turn to Lincoln on a daily basis. I think he said things, wrote things… that are applicable to just about every issue that faces us today,” Gilcrease said.

For example, as political and social tensions intensify, Gilcrease turns to Lincoln as a model of unity. He references a passage of his first inaugural address:

“We must not be enemies. Though passion may have strained, it must not break our bonds of affection.”

While he wears his top hat and beard only during performances, Gilcrease aims to embody the ethos of Abraham Lincoln even when he is not in character. In his everyday life, he says, he often asks himself, “What would Abe Lincoln do?” And he draws that tattered paperback from his pocket.

To Gilcrease, it’s more than a primary source of history. It is a script. 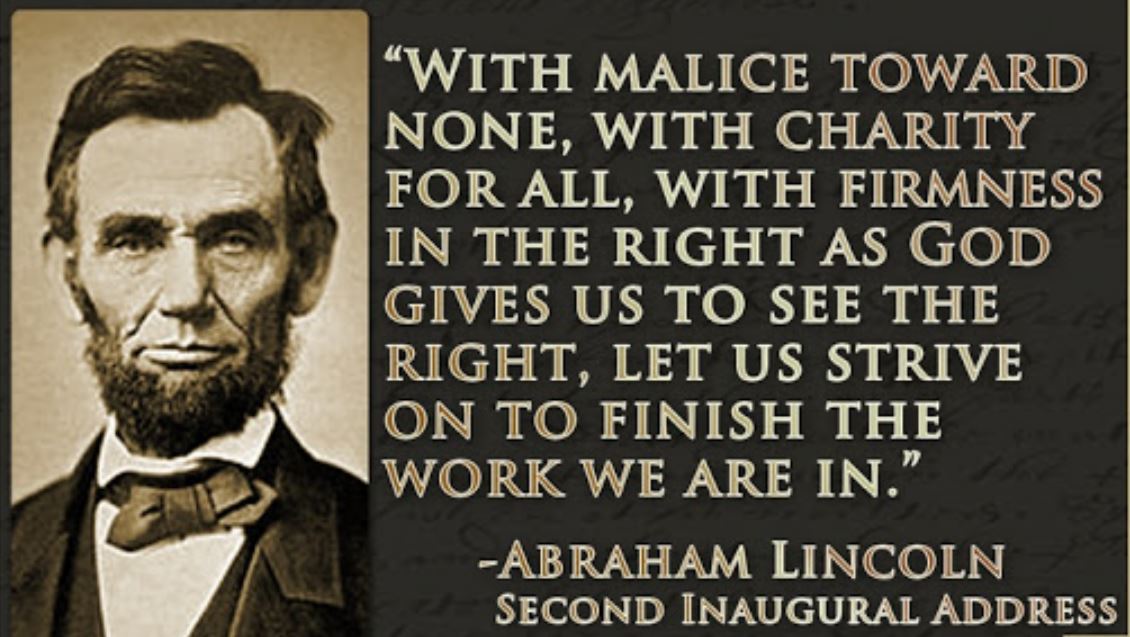