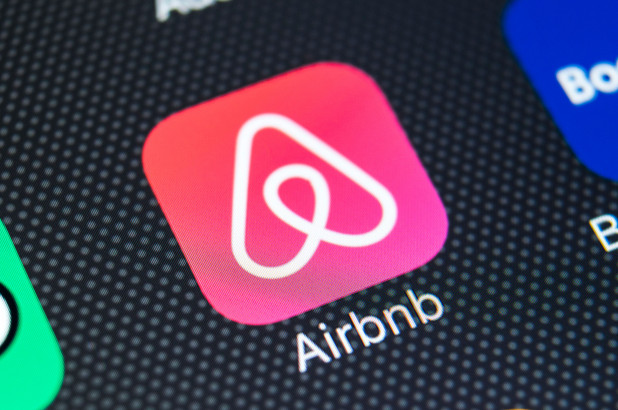 Disgruntled homeowners in Sedona have joined the ranks of their counterparts in Tempe in growing opposition to the incursion of Airbnb-type short term lodging in some Arizona cities.

Residents of the scenic community gathered 150 strong July 24 to amplify concerns and question state Rep. Bob Thorpe about what progress, if any, may be on the horizon to control the problem.

Thorpe, R-Flagstaff, was responding to complaints, similar to those reported in Wrangler News early last year, that a law signed by Gov. Ducey has taken control over such rentals away from Arizona cities. The result, they say, has allowed investors to buy homes that they convert into overnight or otherwise short-term lodging.

Mark Moorehead, a longtime South Tempe resident with his wife Lynda Exley, gave up their home in Pecan Grove five years ago for a relaxed retirement in the Village of Oak Creek, a Sedona suburb.

He soon became active in the community, and now chairs the Big Park Council Planning and Zoning Committee, which addresses similar issues on a regular basis.

Following up on his comments to Wrangler News last year, Moorehead said the recent Sedona hearing served to intensify the discontent being expressed in his area.

“Hearing the phrase ‘Short-term Rental’ is akin to hearing the plague has arrived,” he said.

“I hear residents cite the detrimental and profound changes to our community unforeseen by the authors of SB 1350 (the anti-local control legislation signed by Ducey).

“For example, out-of-town investors owning rentals prior to SB 1350 kicked out so many families to convert those homes into more profitable Airbnb’s that the school was forced to close.

“When you lose families and a school, you change the character of a town into something unnatural.” Such a change affects the entire community’s longstanding demographics, he noted.

“A home here that once housed a family of 4 now houses 6, 8 or 10 tourists for a few nights or a week. It’s made our traffic nightmare worse and increased the number of bikers and hikers on trails.”

Even he and his wife have experienced the difference to places they used to regularly visit.

“One-time serene Buddha Beach near Red Rock Crossing is now overcrowded with people blaring music and leaving heaps of trash and bottles behind,” he said.

“And, going to the grocery store now reminds me of the movie ‘Invasion of the Body Snatchers.’ Instead of seeing your neighbors you see a multitude of blank faces who have taken over the town.”

Additionally, Moorehead said last year that under new, often absentee ownership, a formerly traditional rental can now generate anywhere from two to three times as much as it did under a one-year lease arrangement.

Growing worries regarding the influx of temporary lodging locations in the area have been taken to city of Sedona officials and the local Chamber of Commerce, both of which have expressed concern, he said.

Chamber officials also at the time reported receiving complaints from business owners fearing that the lack of availability of affordable housing is driving away workers.

Like the city officials, Sedona Chamber of Commerce President and CEO Jennifer Wesselhoff said early last year that her concern is not only affordable housing but potential impacts on visitor capacity.

“Affordable housing is already in limited supply and I believe this law virtually eliminates Sedona’s chance to mitigate this issue,” she said. “Also, with this new legislation, the city of Sedona virtually loses its ability to manage visitor capacity and makes it even harder to balance tourism and quality of life for our residents.”

That’s coupled, Moorehead said, with the fact that business owners have been feeling the pinch for years due to a lack of available employees. In fact, a Sedona Chamber of Commerce survey distributed among its members last year listed the lack of existing workforce as the top concern.

One area official quoted in a Red Rock News article last year said, “I think [SB] 1350 has created a new sense of urgency. We’re all hearing stories about renters getting kicked out of their homes. Or, houses that are on the market that are being purchased by individuals who have declared early on that their intent is to turn them into short-term vacation rentals.”

Evidence of the migration by families out of the Sedona area is available practically every weekend, said Moorehead, when he and his wife stop at garage sales where the occupants report they’ve been forced from their rental home because of the owner converting it to an Airbnb-type residence.

While a quiet group of shortterm vacationers may not result in any noticeable disruption to the neighborhood, that’s not always the situation, Moorehead noted.

“We have one house that’s a couple of blocks away but people are coming and going all the time,” he said. “That, plus the traffic and the loud music—it changes your quality of life.”

The short-term rental business is growing so fast in Sedona, said Moorehead, that one Airbnb host is now renting out furnished tents in their backyard to accommodate the demand.

Police will respond if groups get too boisterous, but Sedona’s problem doesn’t appear likely to go away any time soon.

While SB 1350 provides some help for Arizona’s homeowner associations, it does so with a serious caveat: Provisions prohibiting multiple dwellers in single-occupancy homes must have been written into the subdivision’s Covenants, Conditions and Restrictions (CCRs) when they originally were adopted.

At one of the Valley’s first and best recognized HOA communities, The Lakes in Tempe, manager Christine Baldanza said their subdivision is not protected from the new law and would need to go through the complex challenge of rewriting the CCRs to cover that the current Airbnb problem.

As of last week, the number of temporary rental properties at The Lakes continues to grow.