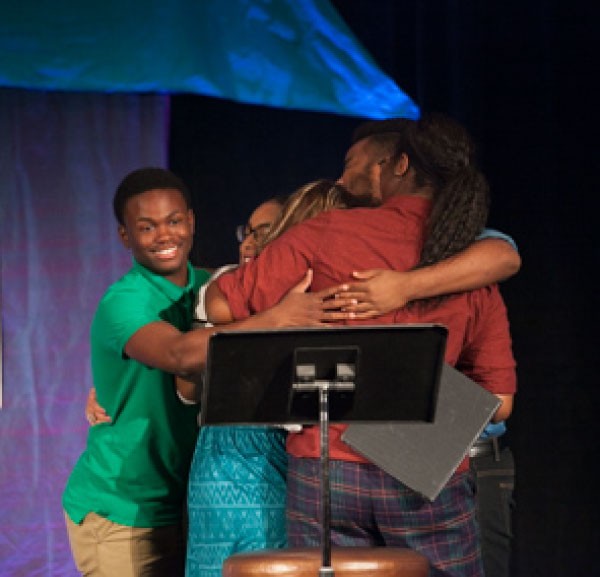 Some of the most devoted theatre artists never set foot onstage, preferring to contribute from behind the scenes. Floyd Walston is among those celebrating this long and proud theatrical lineage.

“I do tech,” says Walston, one of two sons of the owners of longtime Tempe bakery Great Harvest who works at the store while attending Mesa Community College and helping with productions in MCC’S theater department.

But even though his college experience has been backstage, he nonetheless acted as a mentor to the onstage performers in his most recent theatrical venture.

The last Saturday in June, Walston participated in Art Heals, a live performance at the Herberger Theatre Center that culminated this year’s theater camp of Free Arts for Abused Children of Arizona.

“Free Arts is a nonprofit that takes art to kids that are in group homes, foster homes and rehab centers, and uses art as healing,” Walston explains. “I do theater at MCC, so I volunteered.”

His contribution, he says, consisted of “hanging out with the kids, helping them with writing, memorizing… whatever they need.”

Free Arts of Arizona is “the only nonprofit organization in Arizona devoted to delivering creative and therapeutic arts programs, at no cost, to children ages 3 to 21 who have faced abuse, neglect and homelessness.”

Now headquartered on Camelback Road in Phoenix, Free Arts offers a chance for children to try their hand at expressing themselves through media ranging from painting to photography to creative writing to drumming to welding.

The agency, originally inspired by a similar organization in California, celebrates its 25th anniversary this year.

Among this year’s events was Art Heals, a show developed from the work of Free Arts children in this year’s theater camp. 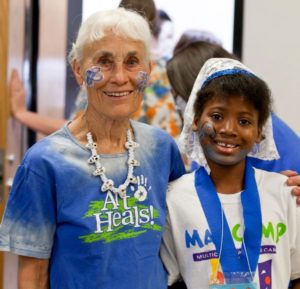 “We spent two weeks with the kids,” says Walston, “teaching acting, spoken word and music and dance, as a healing tool. They turned this into pieces of a full-scale ordeal they get to present.”

All this work paid of with a successful show on June 29.

“They had a great turnout of people,” reports Walston. “Lots of people who had never seen a show before, which was cool.”

One spoken-word piece made a particular impression on Walston.

“It was by a girl who had been bullied. Behind her onstage were bullies, on strings. She’d pull on the strings and they’d start saying negative things…‘Fat!’ ‘Emo!’ ‘Stupid’ whatever. Then she’d drop the strings and the person would stop.”

Walston says that “being with the kids, hearing their stories, helping them learn to cope with their trauma” was an enriching experience for him as well.

So, would he volunteer for the event again? “Absolutely,” says Walston. “It happens every year at the same time, the last two weeks of June. It was wonderful.”

For more information about Free Arts for Abused Children of Arizona, go to freeartsaz.com.