It’s not something that can easily be fathomed, until it happens to you. When Audra and James Small began raising their daughter Sophia, all signs pointed to a completely healthy and happy baby.

However, at around age 2, Sophia began to regress and show signs of autism; by age 4 her parents realized that their daughter’s condition became more severe than initially perceived.

Rett Syndrome is a neurological disorder that occurs primarily in young girls who are initially born healthy, but then slowly begin to lose the ability to walk, talk, feed themselves and perform basic functions which most children accomplish easily. Night terrors and seizures are also common for children that suffer from this disorder.

“In the beginning we experienced a period of grieving,” says Jim Small. “It’s like mourning the loss of the kid you thought you would have. You’re sad for them and for the struggles they’re going to have to go through. You’re also worried and concerned.”

After Sophia’s diagnosis, Jim and Audra’s anxieties amounted from finding out how to fund the healing process to how to raise their daughter along with two other, younger daughters.

Until recently, the thought of a cure for Rett seemed improbable, if not impossible.

However, due to recent advancements in medical technology around the world, researchers have begun to develop a method for reversing the disorder in mice and are working toward their ultimate goal of repeating these results in children.

To support this development, the Smalls founded Rett Eliminated Together Today in honor of Sophia, which raises money for researchers and stands as a beacon of hope to parents and families that have been affected by the disorder.

One particular way that RETT supports families and researchers is through its annual fundraising gala, which this year adopted a theme transporting donors to a Great Gatsby soiree with swing dancing, flashy costumes and plenty of champagne. 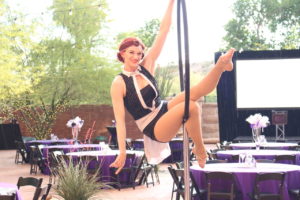 Caterers from local eateries such as Postino Wine Café, Ocean Poke and Garcia’s Mexican Restaurant donated their nourishments and time to this cause, along with several other organizations that made the whole event extremely cost effective, despite its fantastical aura.

The night began with a pep talk from Jim Small himself, who encouraged the audience to stand strong and support the cause for RETT and for young girls like Sophia and others affected by the disorder in the audience.

Following a video presentation which gave an update on the Small family and the status of Rett Disorder on the research field, donors participated in a live auction that allowed them to donate cash for rewards such as baseball tickets and vacations.

Overall, the event concluded with over $150,000 in donations going toward research centers such as TGen, which is located in central Phoenix and hosts a facility that researches genetic disorders.

Dr. Vinodh Narayanan, a researcher who attended the RETT gala and specializes genetic neurological disorders, has a hope in finding a cure for the disorder.

Unfortunately, he said, “Mice are not humans.” Determining a way to reverse the effects of the disorder and eliminating the disease as a whole is a long and complex process, but doctors and scientists are gaining ground each day. 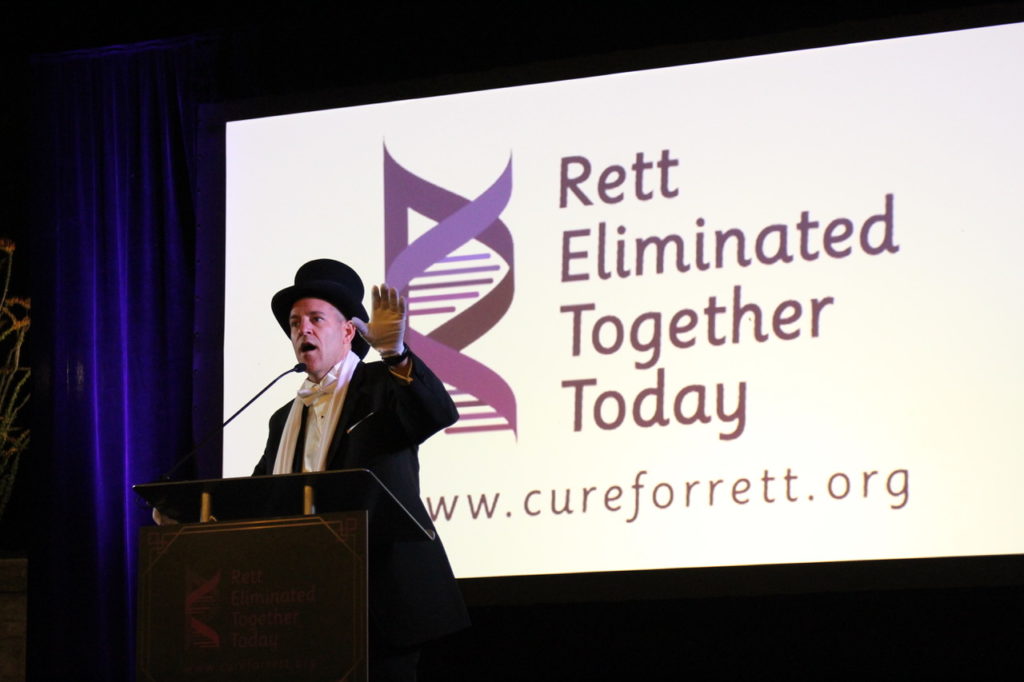 Jim and Audra Small remain steadfast in their fight against Rett, both for their daughter and for the thousands of other girls and families that are affected by the disease around the world. Concluded Jim:

“The science is moving so rapidly that it’s almost impossible to imagine the future because it’s so bright, and if there’s anything you think that’s not possible, you’re wrong.”