Thousands of lights twinkled in the night as wide-eyed moviegoers received a seasonally warm welcome from Christmas carolers, along with a firm handshake from Michael Pollack, whose Tempe Cinemas once again drew a joyful crowd for a night of free holiday movies.

“If you fly into Sky Harbor Airport, you can actually see our lights from the plane,” said the real estate and shopping center developer with a laugh, describing the annual holiday light show which attracts masses of admiring visitors each year.

Over the course of one and a half months, Pollack’s team of lighting engineers assembled hundreds of thousands of LED bulbs and put them on display in front of Pollack Tempe Cinemas, leading up to a night of free holiday movies and a dazzling lightshow.

“The idea came [to me] back in the early 2000s, after the Sept. 11 tragedies,” said Pollack. “I wanted something that would brighten the different areas of the city, so I decided that could best be done by putting lights up.”

Besides renovating various shopping centers across the Valley, restoring pride to a number of neighborhoods in the process, Pollack says he seeks to truly bring about positive change in communities by giving back in many ways.

Originally in 2000, his team brought the light show to their headquarters on Baseline Road east of Alma School in Mesa.

Eventually, because of the number of people coming to see the show, it became too large for the building’s parking lot, prompting a switch to the shopping center at McClintock Drive and Elliot Road in Tempe, where Pollack Tempe Cinemas is located.

So why does he do it every year?

Despite the sometimes difficult realities that people in the community can face each day, Pollack says he hopes to provide a place where they can, even if for only a short time, experience peace and receive a brighter outlook on their lives.

“To me, light represents hope. I always hope that the world we live in is going to be not just a brighter place, but a better place.”

That notion gives Pollack the optimism that people in the community will, in turn,
be able to pass good will and thanksgiving to their neighbors during this holiday season, and that they will carry these attitudes into the new year.

As one visitor to the center’s annual display of lights explained it, it’s people like Michael Pollack and their efforts to improve our communities that make this large city where we live tend to feel a little bit smaller—and in this case, definitely a whole lot brighter. 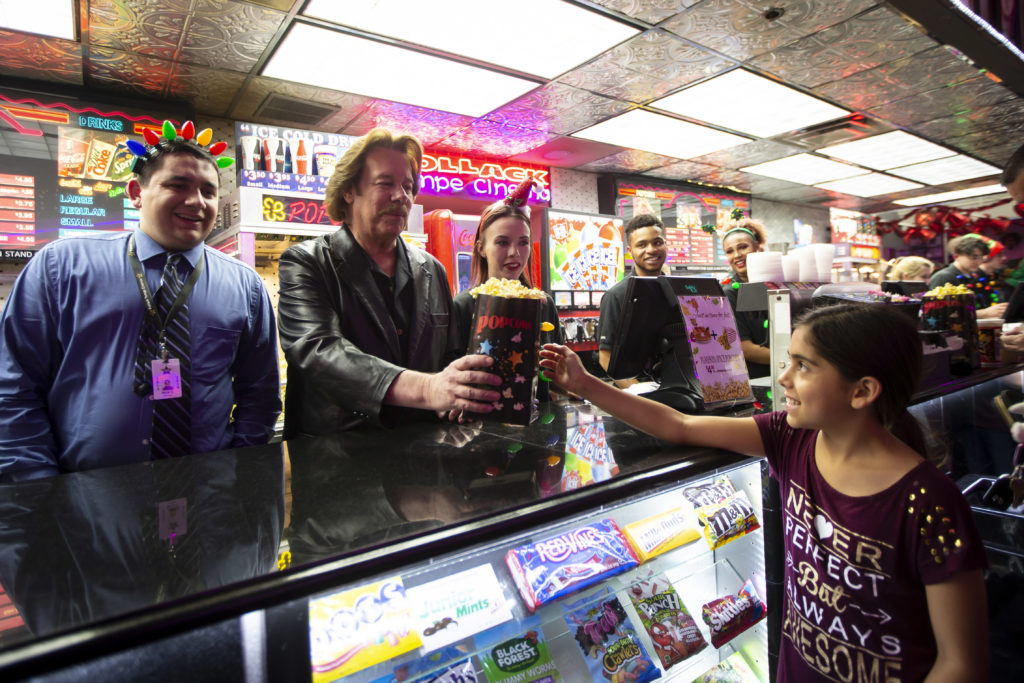