Kwesi, mononym of the owner and manager of Jollof King, one of Tempe’s newest dining experiences, is quick to explain that his educational background is definitely not in the field of culinary arts or restaurant management.

And yet, if a visit to the place offers evidence that years in college aren’t the only qualification for serving up delicious and unusual repasts, Kwesi seems to hold a gastronomic master’s degree. 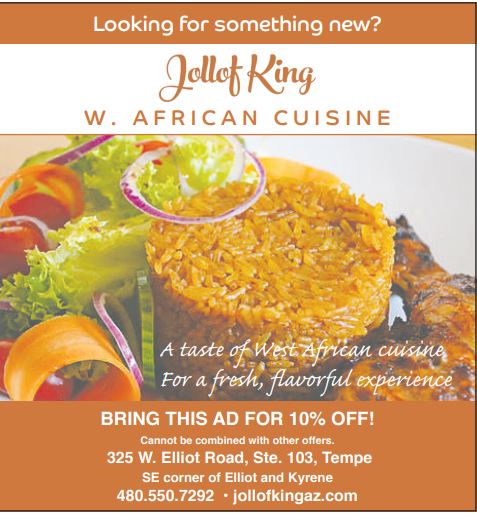 “I was always the IT (information technology) guy,” says the native of Accra, Ghana, who studied Management Information Systems at Cal State San Marcos and San Diego State after living for a time in New York.

He then came to ASU for graduate studies, and eventually ran a restaurant in Camp Verde, residing in Arizona for nearly a decade. So how did he learn to cook? “I don’t cook!” he says quickly. “But I can taste.” So Kwesi talked a relative who can cook into relocating to the Valley from Ohio, and launched his new venture Jollof King at Elliot and Kyrene.

This imported chef serves up bounteous portions of West African favorites, like stewed beef, goat and fish alongside traditional African starches like fufu and banku and yams, in Jollof King’s sleek yet homey dining room. His own favorite is the okra stew, loaded with meat and/or shrimp.

He likes it served with mounds of hearty banku, a dough roughly the color and consistency of mashed potatoes, but with a subtly different flavor that combines hints of both sweet and sour. Says Kwesi: “My interest has always been to expose African culture to America.” While Kwesi hopes that King Jollof’s menu will introduce American diners to a cuisine with which they may not be familiar, he also believes that there’s a customer base already in place for what’s he’s offering. 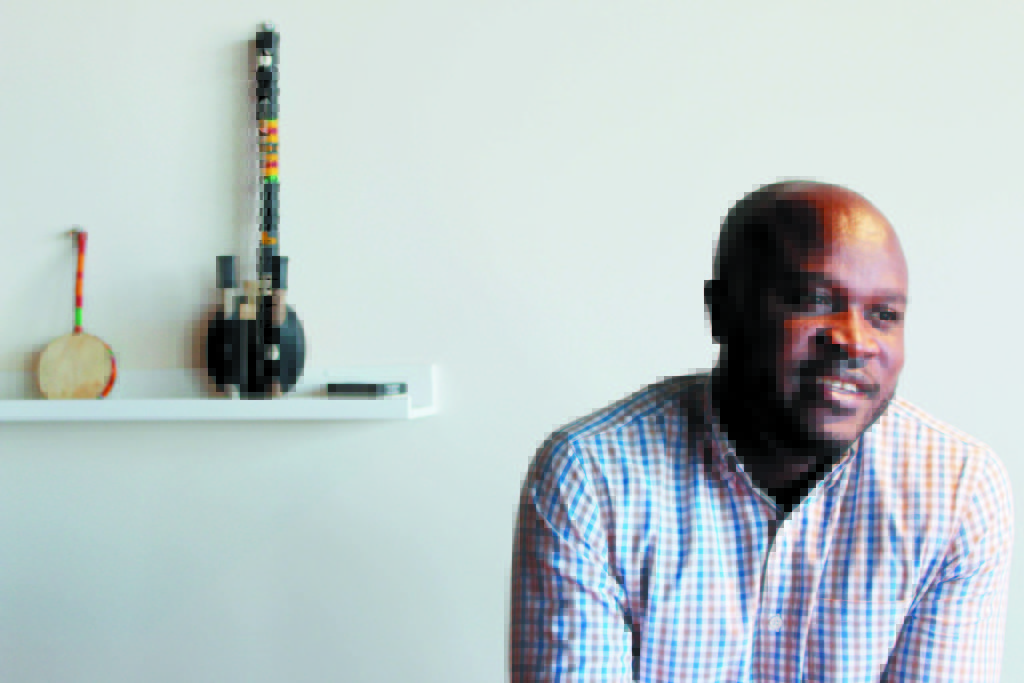 “We have a diverse group of West Africans living here in the Valley.” And Kwesi is well equipped to talk to a lot of them. “We have nine different dialects in Ghana,” he notes. “I speak five of them.”

As the place’s name would imply, the center of Jollof King’s menu is the jollof, rice boiled slowly in a stew of tomatoes with onions and spice. At Kwesi’s place this signature dish is available either in a vegetarian version or with meat, with the added endorsement that jollof is popular not only in his native Ghana but in Nigeria, Senegal and Cameroon. “It’s very prominent in West Africa,” he says.

“There’s many kinds of jollof, and every country says theirs is the best. I think, right now, the competition is between Ghanians and the Nigerians.”

Kwesi then mentions a funny internet video about this ongoing feud over jollof superiority, in which a Nigerian man is horrified when he chooses Ghanian over Nigerian jollof.

A quick check of You Tube reveals a surprising number of online videos about this rivalry. Kwesi’s opinion is unsurprising: “I think Ghanian is the best.” One of Kwesi’s servers mentioned to me that she is Nigerian. But I didn’t have a chance to ask her thoughts on the matter.