Tempe is known as a city that appreciates the arts. From the Performing Arts Center, to the bi-annual Tempe Arts Street Festival or the permanent art on display in Tempe neighborhoods, residents have come to expect entertainment options that appeal to a wide-variety of tastes.

It was out of this love affair with the arts that a special events program was born. Art in the Park is a simple concept of the City of Tempe to bring the festivities to a public gathering place, in an accessible setting—like a park—so people of all ages and backgrounds can enjoy the fun.

Neighborhoods and the city work together to build an event that brings neighbors together through arts and cultural activities that reflect the identity and values of their own neighborhoods.

In 2017 the City of Tempe began a pilot program to bring more arts to neighborhood parks. In the pilot program, two neighborhoods were selected to work with the city, including neighbors near Estrada and Mitchell Parks. 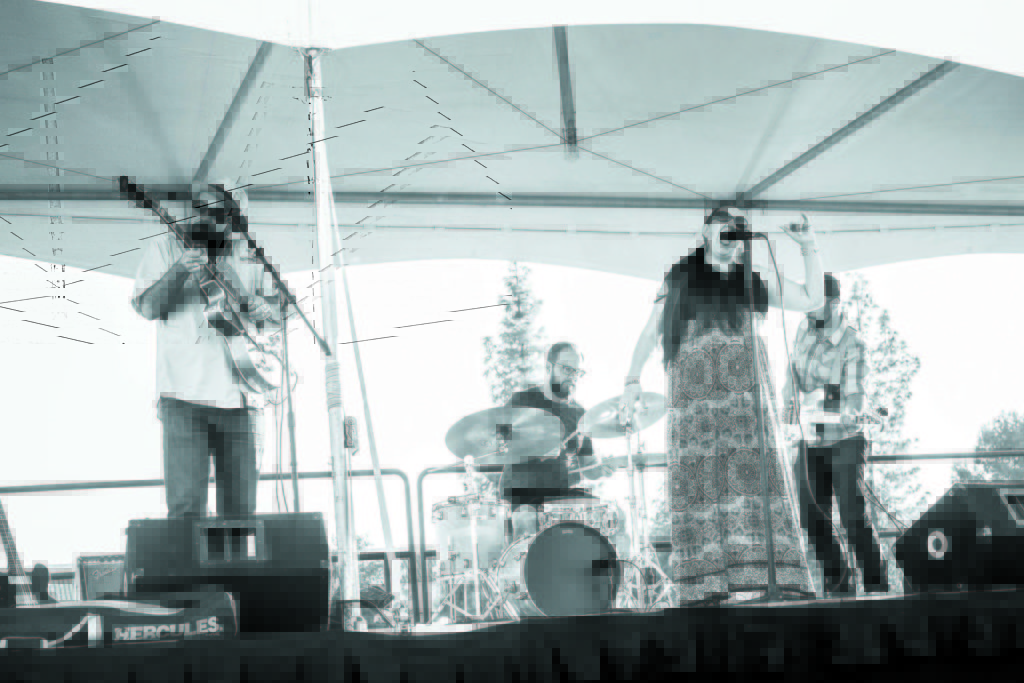 Both neighborhoods chose to host day-long, family-friendly festivals with musical performances, live painting and other arts-related activities. The city provided the funding and event planning assistance for both.

“The festival brought our neighborhood together, giving residents and local artists a forum to reconnect with each other and create new friendships,” said event organizer and Mitchell Park Neighborhood Chair Justin Stewart. “It also gave local artists the opportunity to share their talents with the neighborhood while building a stronger connection to the city.”

After surveying neighbors to find out what type of event they would like to see, the Estrada Park team from the Estate La Colina Neighborhood Association hosted the neighborhood’s first Music & Arts in the Park in November 2017 that focused on bringing local artists and live music to their park. There was also a recycled art craft table for kids and free Tai Chi, yoga and fitness classes.

“We had no idea the festival would be such a community-building experience; but, we attracted a crowd of about 500 people,” said event organizer and Estate La Colina neighborhood member Mckell Keeney.

As a result, the Estate La Colina neighborhood has a concert planned for 6 p.m. Saturday, April 14.

In 2015, the city finalized its Arts and Culture Plan, which was crafted over many months of research and collaboration with nearly 1,000 community members from residents and artists to businesses and students.

Since then, Tempe has been working to execute the recommendations of the plan, which include initiatives like developing more after-school and summer arts programs for youth and bringing art of all kinds into neighborhoods to enrich quality of life.