Editor’s note: A representative of the Jennifer Adams campaign contacted Wrangler News to emphasize that ballots for the Tempe City Council race may be dropped off at the Tempe Public Library or Tempe City Hall on Tuesday, March 13 if voters didn’t already mail them in earlier.

Political signs posted by several Tempe City Council candidates appear to be disappearing on a regular basis, only to be sporadically replaced and then, in at least one case, removed again.

Police have said they’ll keep an eye out, but so far only some boys who apparently had been drinking were caught defacing campaign materials. Theft of political signs can be prosecuted as a Class 2 misdemeanor.

Doreen Garlid, who with her husband and other volunteers have posted campaign signs around the city, said that her candidate, Jennifer Adams, appears to be among those victimized by whomever is responsible.

So far, she said, about 30 of Adams’ 4-by-4-foot signs and 200 yard signs have been taken, with combined first-printing and replacement costs of $15,000 or more. Other than donations from family, friends and neighborhood residents attending informal open houses, Garlid says Adams has no large-scale fund-raising capability.

After meeting Adams at a neighborhood forum and liking what she had to say, Garlid joined what she said has turned out to be a continuously expanding cadre of volunteers.

“Jennifer is a newbie (to politics) so she hasn’t had the same high-profile image that incumbents tend to have,” Garlid said. “That’s why placing those signs has been so important to Jennifer and to those of us working hard to get her elected to City Council.”

In one case, when Garlid and another volunteer said they were placing signs on a weekend, they did find one of candidate Justin Stewart’s campaign signs blown over.

“We poked some new holes and put it back in the ground,” she said. “It was just the right thing to do.”

Here is the response received from other Tempe City Council candidates regarding their experience with campaign signs:

Sarah Kader —As with any campaign, my signs have been lost due to weather and vandalism.

My campaign has lost about five 4×4 street signs to date, as well as numerous yard signs, which is obviously costly, but any good campaign builds these losses into its budget and also knows not to solely rely on signs and name ID to win.

I am proud to be running a campaign that has focused on substantive issues that actually affect Tempe families and community members, not distracting and irrelevant campaign drama.

Genevieve Vega — Yes, unfortunately many many signs have been vandalized, stolen, or damaged. All candidates signs have been removed along southbound Price Road and in several intersections. In most cases, stakes have gone missing as well.

Many signs became loose during our last storm with high winds and had to be repaired or they’ll be removed if obstructing the sidewalk. Signs that block business signage are often removed. In these cases, sometimes signs are able to be found near a dumpster, or retrieved from a property manager.

Campaigns should expect to lose signs in every election. This is why I use stronger stakes instead of rebar and wire instead of plastic ties. It reduces the loss, though it costs more money. I’m fortunate to have supporters who report signs that are down or damaged, and volunteers who routinely maintain them. This is a LOT of work, but so important to maintain.

For yard signs, I’ve had a number of emails from supporters who have said my sign was stolen and in some cases, replaced with another candidate’s sign without their permission. Again, loss of yard signs is expected, though replacement by another candidate is not.

Lauren Kuby – I have a volunteer sign crew to maintain my signs, but I’ve lost a considerable number of road signs (maybe 15-20) and an untold number of yard signs.
The 4 x 4 road signs cost about $22 each (double sided; single-sided are cheaper).

In the 2014 race, I lost a total of 40 road signs (I know this because that is how many I could re-purposed in this race). It was frustrating.

Every campaign cycle, you’ll hear candidates lash out and claim thievery, but from my experience (with road signs at least), it’s often the business owner who does not realize that political signs are allowable (and legally protected…f1st amendment speech) in the right-of-way. When my sign crew notices a downed sign, they usually look in the nearest waste bin and have re-claimed signs that way. We try to inform the business owner that it is a misdemeanor to remove the signs but if they resist, it isn’t worth it to press (they will likely remove them anyway).

I’ve had a sign on SW corner of University and Rural (Tempe’s busiest intersection) that is continually being taken down and there’s no business there, so I don’t know what to think.

Wit yard signs, it tends to be kids on their way home from school kicking the signs down. Genevive Vega told me that a number of voters called her to report that their Kuby/Vega signs were removed and replaced by another candidate’s. Not much we can do about that, except bring over new signs

In any case, losing signs is the cost of doing business. This year I produced 10 or more as planned replacement signs. Yard signs cost around $4 and road signs about $24.

Justin Steward — I think we have had 3 large signs go missing in the course of the whole campaign (that we know of). We did not replace them, but just moved some other signs around. One was at Baseline and Priest, which went missing about 3 weeks ago, and was snipped from its rebar, with the rebar left behind (we know it was snipped because we found the plastic zip-ties). One was over by the Marquee theater on Mill, but all of the candidates signs disappeared there, and we contributed it to just a large amount of people in that area exiting the Marquee Thearer. Our Southern and Priest one also disappeared, but we moved one of our other signs back to that location. We found no indication of snipping the zip ties or anything, we suspect we might have been blocking the Circle K sign too much and they removed it. We had one at Baseline and McClintock that was snipped from it’s rebar and thrown in the big dirt lot there. We rescued the sign from the dirt lot and put it back up. It was snipped because we found the plastic zip-ties from the sign.

I cannot comment on how many small signs have gone missing or disappeared. I know there was one or two, but we just chalked that up to normal pedestrian traffic in our neighborhood.

Robin Arredondo-Savage — We haven’t had any evidence of our signs being stolen. 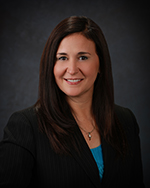 Some of our signs have disappeared, but that’s always the case during a campaign.