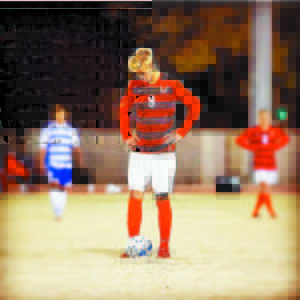 For Ryan Flood, an Aztec ’17 graduate and top
varsity soccer player, kicking a ball around on
the field has always come easy.
Almost too easy.

His natural athletic ability, combined with his passion and determination from a young age to
succeed in the sport, has led him to his current
status: professional athlete.

The reality hasn’t fully set in yet, Flood says.
It’s not every day that a high school athlete goes pro.

But with an unmatched drive on the field and years of continuous training, his reality is no longer a far-off day dream.

Flood is less than a couple weeks shy of joining fellow soccer athletes on the field overseas in Niigata, Japan.

You heard right, Japan.
That’s 5,838 miles away from home to be exact.

He will be playing for a second division team called Albirex, a team that he met the year prior during his travels to Japan for potential tryouts alongside his agent, Ima Toki.

The Albirex coaches, Toki and Flood have determined this will be a challenging yet worthwhile fit for all parties involved, Flood says. With his bags all packed and ready to begin his new athletic adventure, Flood is currently waiting for his pending visa to clear in order to travel.

Flood will be under a two-year contract, living in Japan rent-free with a monthly allowance.
Despite the obvious language barrier and vast cultural differences, Flood says he is extremely optimistic and pleased with his final decision to play for Albirex.

“The hardest part is definitely learning the language. Especially when I’m on the field during a game, it’s important to know exactly what my teammates are trying to say,” Flood said. “But it will be very exciting to experience a new culture.” 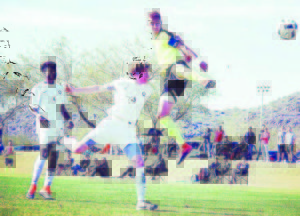 Flood will spend majority of his days training with the team, playing roughly 37 games a year. The season will span from March to September. It’s easy to conclude that (potential) big things lie ahead for this young, confident athlete.

“I am thrilled for this opportunity and I can’t wait to start my professional career. I’ve waited so long for this moment and now it’s finally here.”