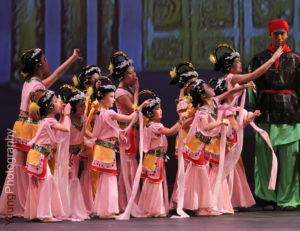 Disney’s 1998 animated film “Mulan” might be the first and only exposure many Americans ever had to the ancient Chinese legend the movie is based on, but the story of a young girl who secretly becomes a fearless warrior lives on.

At 7 p.m. Saturday, Feb. 10, dozens of young people—many of them students from Tempe and Chandler—will present a live production of Mulan at the iconic Orpheum Theater in Phoenix.

Betty Yeung, whose three children landed roles in the show, spoke to Wrangler News about the intense commitment families make in order to bring Mulan to life at a first-rate venue where tickets start at $30. 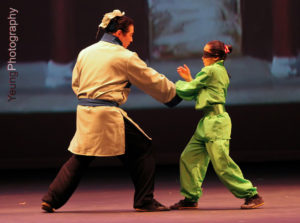 “You don’t get to the Orpheum by practicing a couple times a week,” Yeung said.

Rehearsals began last August and have ramped up recently to six days a week. That includes eight hours on Sundays. Staged by the Phoenix Wu Shu Academy, a martial arts academy located in Chandler that teaches appreciation of Chinese culture, the production of Mulan involves “tons of people,” according to Yeung.

Parents are involved making costumes from scratch, styling hair and helping with photography, special effects, lighting, props and stage direction. And they aren’t all Chinese. “We have Iranians, Swiss, Vietnamese and Indo-Chinese,” Yeung said. 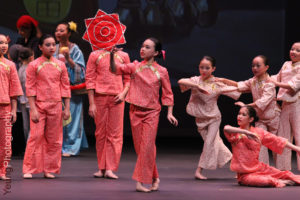 Both her sons—Noah, 12, and Caleb, 13—portray generals, among other roles. Caleb has a solo scene in the palace. Daughter Elise, 10, is in the entire program and also portrays a young Mulan, but Yeung emphasized it’s not about only her kids—it’s about the plethora of families, many from Chandler, who have dedicated a substantial amount of time to ensuring Mulan takes to the stage with perfection. The cast is largely comprised of young people ages 5-21.
“The production has helped bring excellence to what they do,” Yeung said. “You can’t miss a beat in the sparring sessions or you get injured.” 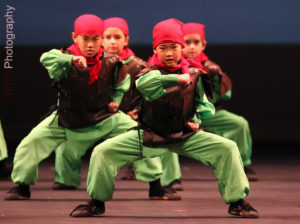 She’s not kidding. Wushu skills in Mulan include weapons forms that involve spears, straight swords, daggers and double broadswords. The spectacle also includes vibrant dance, and the ancient, graceful tai chi as part of the production. The action-packed drama of Mulan is portrayed not through dialogue, but through martial arts, Chinese dance, music and backdrops. 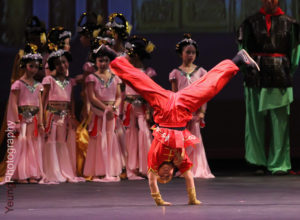