How to bring a new look to Valley communities: recycle historic structures 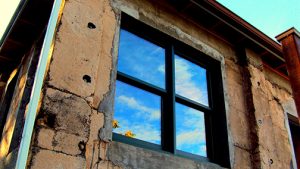 If the concept known as adaptive reuse is unfamiliar to you, think of it as a new twist on recycling. It’s when an old building outlives its original purpose and is remodeled for new uses, all the while retaining its rich historic features. In comparison to cities back east, Arizona may be a bit short in historic preservation. However, the trend is reversing, and vacant buildings are turning into new places to shop, dine or enrich one’s vision of art. For example, in downtown Phoenix, a previous department store now is an upscale restaurant called Hanny’s. The onetime Monroe Elementary School has been transformed into a reborn Children’s Museum. Nearby, along Grand Avenue, a surge of development is yielding new destinations out of long-forgotten structures, which are showcased on a self-guided, adaptive-reuse tour sponsored by the Grand Avenue Arts and Small Business District. Adaptive reuse is also a way to save a unique or historic building that might otherwise be demolished. The practice benefits the environment by conserving natural resources and minimizing the need for new materials. In Phoenix, city planners established a program in 2008 that encourages adaptive re-use of buildings that are structurally sound but no longer economically viable in their current condition. Some Phoenix success stories include restaurants in a former beauty parlor at 20th Street and Camelback Road; a former residence along Seventh Street that now serves Vietnamese food; and Postino, at 40th Street and Camelback Road, a onetime post office delivered from the ravages of time. Owners of the Tempe-based restaurant House of Tricks chose to renovate a home in 1987 because the price was right, says the owners’ Website, rather than open on Mill Avenue. Still located at 114 E. Seventh St., the restaurant is an early example of adaptive reuse in the east Valley. Every neighborhood does not have commercial zoning and the residents might resist the extra traffic and signage that comes with a business. Still the city is open to working with businesses that might be looking for an appropriate building to remodel, said Dave Nakagawara, Tempe’s director of community development “Currently, the city of Tempe is planning to revisit its strategic policies to make sure that such opportunities for re-use are encouraged by its policies, rules and regulations.” Community Development staff are responsible for planning the longterm future of the city, which includes both job attraction and historic preservation. Recently, the Maricopa County Board of Supervisors announced that they, too, revised their policies to encourage more adaptive reuse by restaurants. “The county now allows a sixmonth trial period for restaurant owners wanting to use a nontraditional space for their business,” said Johnny Dilone, media and community relations manager with the county’s Environmental Services Department. “The intent of the trial permit period is to allow (the department) to help restaurant owners follow through on innovative concepts, which may inspire local entrepreneurs in their business plans, while at the same time streamlining the county’s regulatory process,” said Dilone. During the six-month trial permit period, the restaurants would be subjected to at least two county health inspections. When the trial permit expires, if the restaurant qualifies, it will transition into a regular 12-month permit. In addition to the cities and the county, ASU is considering several projects, including a restaurant on Farmer Avenue and another in downtown Tempe. Both are still in the planning stages, so details are not yet available, said Nikki Ripley, spokesperson for Tempe.