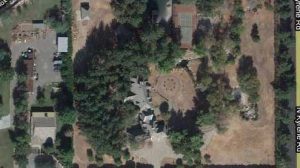 Plans to turn the multi-million-dollar Kyrene mansion into a high-end conference and special-events venue may face an uphill battle once residents of three nearby affluent neighborhoods mount what could be a strenuous opposition campaign.

News of the long-anticipated sale of the property for $3.6 million, drastically below its original $10 million asking price, spread quickly to residents of one luxury community, Trovita,  prompting concerns about traffic, parking, alcohol and other presumed uses that some neighbors reportedly feel could be incompatible with their luxury environs.

The mansion in question occupies a 10.5-acre site on Kyrene Road, next to property that once was owned by developer Conley Wolfswinkel. In his high-flying days, Wolfswinkel hosted elite parties at the Tudor-style residence, including at least one event that featured a memorable performance by the Beach Boys.

The adjacent and recently unoccupied property next door, at 1220 N. Kyrene Road, Chandler, made headlines when its former owner was reported to have connections to Internet pornography. It was in the news again in December 2009 when intruders set off a burglar alarm in the middle of the night. Police apprehended three suspects who officers said they found inside looting the place.

More recently, the sale of that property by Maritime Savings Bank to Earl N. and Shelly T. Goodman, which closed escrow June 11, followed another buyer’s failed attempt several weeks earlier to purchase the property for use as a “very, very exclusive” substance-abuse rehab center for no more than 15 wealthy clients at a time, according to one source.

Jeff Lucas, a prominent Kyrene Corridor Realtor who has followed developments at the property for several years, said he fears any plan to remake it as a special-events center could meet with legal obstacles.

Experience shows that a similar event- and conference-center on Price Road, known as Ashley Manor, tends to attract the kind of large crowds, nighttime noise, cars and alcohol use that nearby residents near the Kyrene property likely would find objectionable.

“There’s a reasonable concern that any such usage also would have an impact on property values in Trovita which, like many other neighborhoods, has been affected by diminished prices during the current downturn,” Lucas said.

Although the current agricultural zoning adjacent to the mansion, juxtaposed with commercial zoning at Knox and Kyrene roads, might allow the project to proceed with only a use permit, residents still could object to an application for a liquor license, which probably would be needed for any type of commercial special-events enterprise to be successful, said Lucas.

Based on usage that would seem to be best for both the property and the neighborhood, Lucas said, an exclusive rehabilitation center for well-heeled clients, as originally proposed, might well have been a better choice.