Assistance League of the East Valley is coming up again on one of its busiest seasons, and Kyrene Corridor residents are reminding neighbors about the group’s thrift store and the work it does in the community.

Although the operation serves a wide range of East Valley cities, the store on Alma School Road between Elliot and Warner roads has for many years been a convenient, easy-to-reach destination for residents of South Tempe and West Chandler.
According to spokesperson Julie Graham, the group is 100 percent volunteer-run, mostly by women over 55—with a few in their 90s. 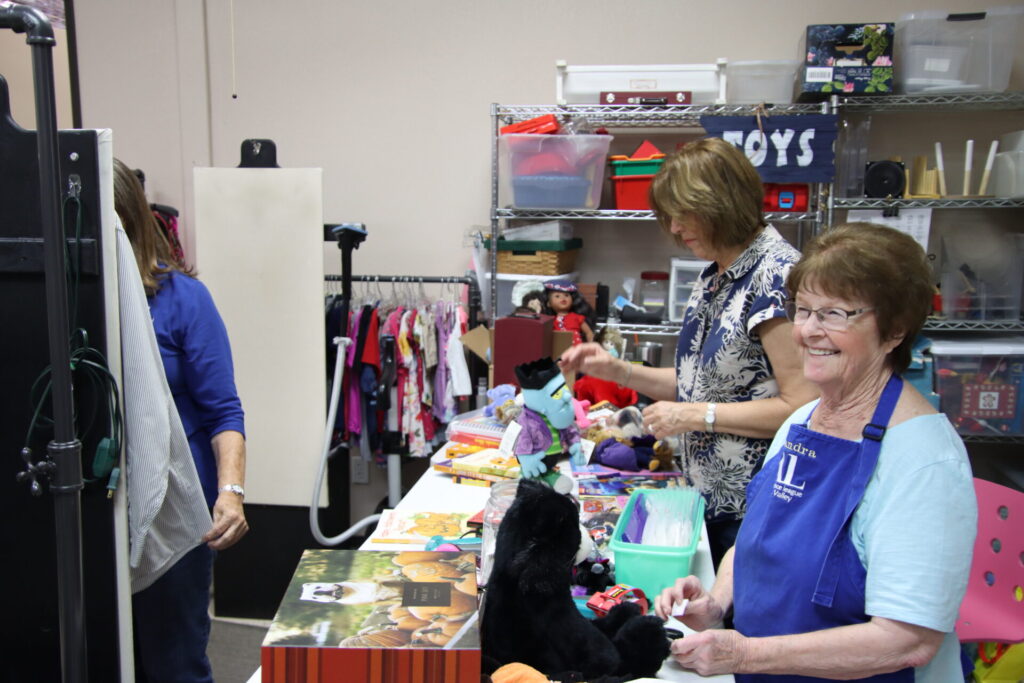 According to Graham, many programs based on money raised from the thrift store, along with membership and grants, goes to helping provide clothing for more than 10,000 students each year, along with other needed support.

One volunteer, Sue Niesz, noted that in comments several years ago, that without paid staff, the group also raises enough money to support 300 homeless teens with essential items. Over 5,000 assault survivor kits with size/gender-specific clothes, along with hygiene supplies, are put together and distributed to hospitals, fire and police stations and more.

Hundreds of individuals are celebrated monthly at a day care facility. Scholarships for college are awarded to approximately 12 students each year. The organization does all this by requesting grants, conducting fundraisers and making money at the thrift shop, which many say is the best of its kind in the East Valley.