RUN INTO TOWN ON A RAIL: Tempe Streetcar to ease downtown traffic

The track is complete. Workers are applying final touches to landscaping and installing art along the Tempe Streetcar’s 3-mile downtown loop and at its 14 stops.

Soon, streetcars will be on the track for testing.

The long-awaited debut of the system, which is intended to create a more-connected downtown, is coming this year.

While an opening date has not been set, the nearly $200 million system, more than a decade in the making, took a giant step toward completion when the first of six streetcar vehicles, the Liberty NXT, was delivered in March from Pennsylvania-based Brookville Equipment Corp.

“They are going be doing some tests of the vehicle in our maintenance facility, then each vehicle has to do what’s called burn in and travel several-hundred miles to make sure it’s basically able to withstand travel on the track,” said Valley Metro’s Madeline Phipps. “We’re going to use the light-rail track for that because with only a three-mile loop on the Tempe Streetcar line, that would take a really long time.

“Then we’ll do testing on the actual Tempe Streetcar system, probably starting in late May. Streetcar vehicles can travel on the light-rail track. In fact, every night, the streetcars will switch over onto the light-rail track and travel to our maintenance center at 30th Street and Washington to be serviced.”

There were challenges designing a system to operate on streets shared with congested vehicular and pedestrian traffic while powered by hybrid technology. 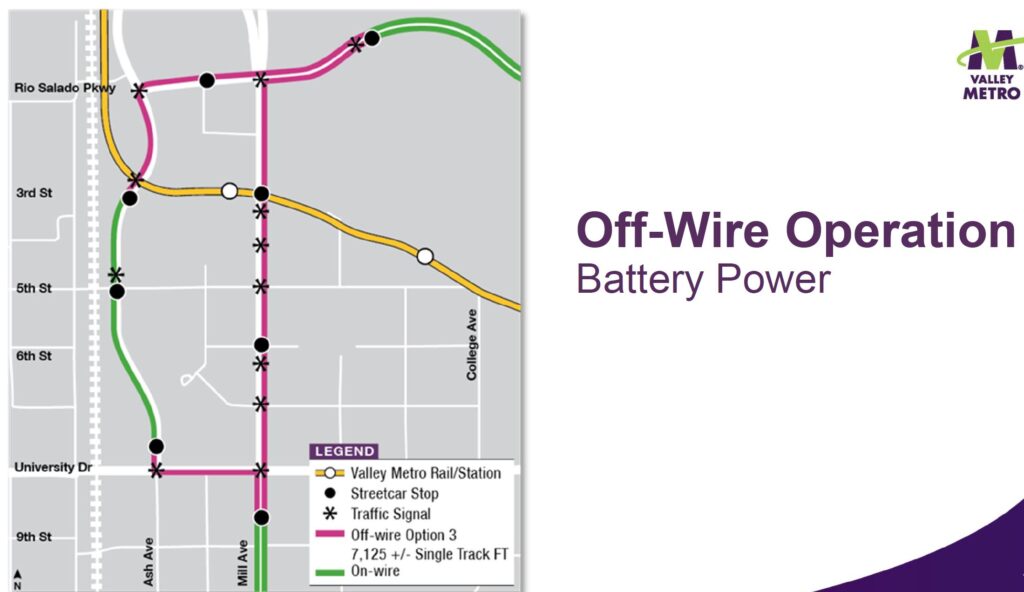 Another difference from light rail is that the streetcar shares lanes with street traffic rather than having a dedicated lane.

Valley Metro purchased six vehicles from Brookville, the only maker of streetcars designed and manufactured exclusively in the U.S., on a $33 million contract awarded in 2017.

Four vehicles will be on the system at a time running at 12- to 15-minute intervals. Each has 40 seats. With standing room, a streetcar can transport roughly 120 people along the short-hop line. With its frequent stops, the streetcar is more like a bus than like light rail.

Tempe’s is the first modern streetcar line in the Valley, connecting riders to the city’s historic neighborhoods, businesses, and arts and cultural destinations.

It won’t be a free ride.

“We will have a fare system in place but we’re still kind of determining what that is going to be,” Phipps said.

The cost, to be paid with a mix of federal, regional and local funds, has been controversial from the start. Tempe also will pay the estimated annual operating and maintenance cost of $3.1 million. Some critics suggested that it would be less expensive to add buses that run on compressed natural gas. 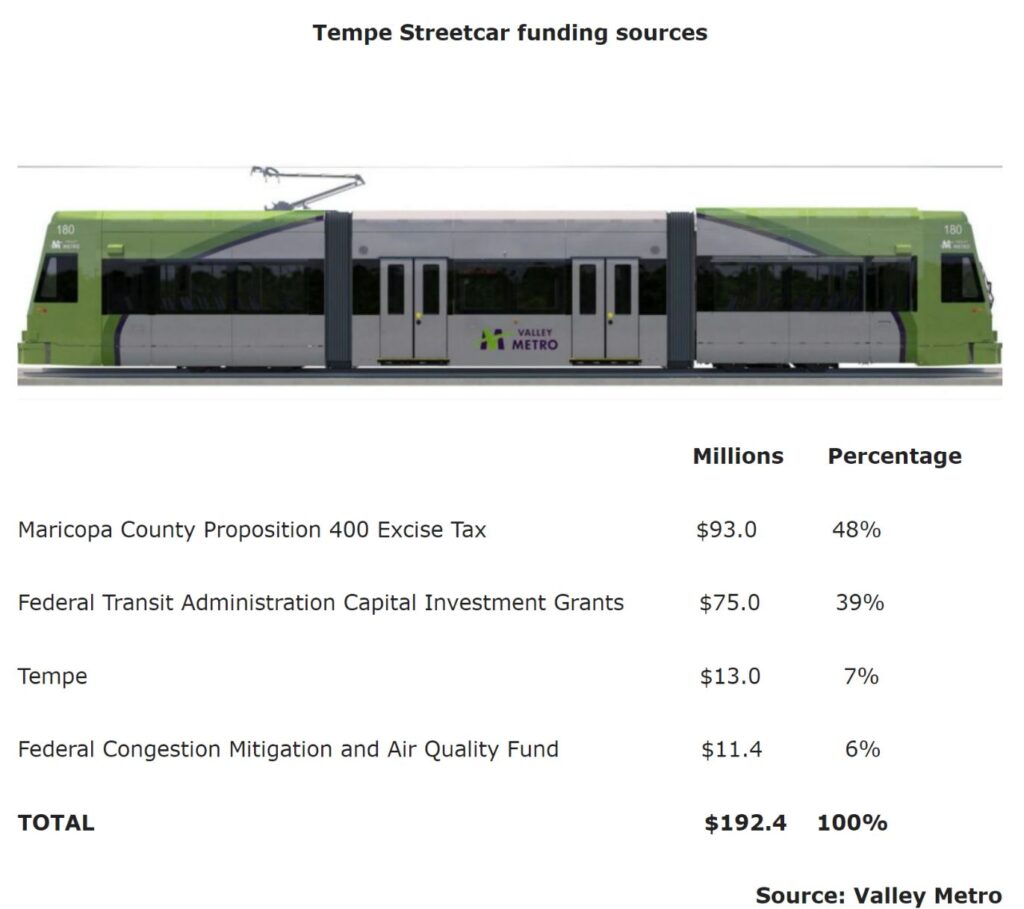 Tempe, which has the most densely populated downtown among Valley suburbs with its high-rise residential structures and the Arizona State University campus just off Mill Avenue, has been proactive in creating multimodal transportation, hoping to get as many automobiles as possible off its crowded downtown streets.

Lee Shappell
Lee Shappell became a journalist because he didn’t become a rocket scientist! He exhausted the math courses available by his junior year in high school and earned early admission to Rice University, intending to take advantage of its relationship with the Johnson Space Center and become an aerospace engineer. But as a high school senior, needing a class to be eligible for sports with no more math available, he took student newspaper as a credit and was hooked. He studied journalism at the UofA and has been senior reporter, copy desk chief and managing editor at several Valley publications.
Previous articleTempe’s Earth Month sustainability initiatives designed to engage youth
Next articlePrint Edition – April 3, 2021