“When you buy into a neighborhood and you live this long, you want neighbors. I didn’t build my house to have a business become my neighbor,” says Gwen Mastin as she contemplates the forthcoming assisted living group home to be developed in her South Tempe neighborhood, Corona del Sol Estates.

The quiet, upscale homes situated west of McClintock Drive and south of Warner Road were constructed decades ago when fields of farmland dominated the area.

Mastin and her husband raised their children in the house they built and never imagined a business would spring up next door to them. “This is all about making money,” Mastin says. “What happens if his license—it can be revoked if he doesn’t pay it on time—what happens if this financially doesn’t turn for him?”

Jim Robinson, owner of Avana Assisted Living, the Tempe-based business which purchased the home at 1426 E. Calle de Arcos, says the property had fallen into pre-foreclosure when he bought it last summer. The company owns a second property at 44 E. Knight Lane, near Rural and Carver roads, which has already been transformed into an assisted living group home. There are no residents there—yet. 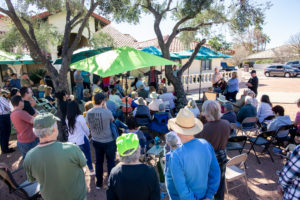 Robinson said he didn’t realize how big an industry residential assisted living was until his own father, suffering from Alzheimer’s, became a resident at one in Illinois.

“As I’ve done my research, it’s unbelievable how many residential assisted living homes there are around the Phoenix area,” Robinson says.

“In certain parts of the Valley, you can throw a stone and hit about 50 of these homes. And you would never know it from the outside because they look like any other residential home.”

That’s cold comfort to people like Jill Etienne, who lives near the property on Calle de Arcos.

“We just feel like this type of development would change the dynamic in the neighborhood and the reason why everyone lives here,” Etienne says. She and her husband moved into Corona del Sol Estates last summer, enticed by the previous owners of their home who told them it was a very family-oriented neighborhood with block parties and other social gatherings. There is talk among concerned residents about pooling resources to hire an attorney to fight Avana Assisted Living’s development of the house on Calle de Arcos, Etienne said. 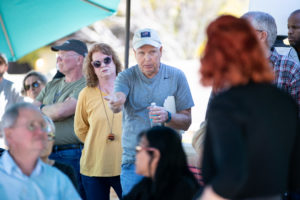 “The concerns of the neighborhood revolve around excessive traffic and a change from the old family-style neighborhood to having businesses interspersed among the residents,” Kaiser said.

“The concern is that if you have a 10-patient assisted-group-living home, you’re obviously going to have care attendees there which will bring some number of cars on a daily basis and then you’ll have visitors. So there’s concern that there will be more than normal traffic on the street.”

Robinson counters that he’s already got a plan to allay those fears.

“We’ll create a ton of parking space. We already have a nice big driveway but we’ll also be creating a roundabout driveway. There are several other homes in the neighborhood that have those.”

According to Kris Baxter-Ging, a public information officer for the city of Tempe, there are 74 current or pending group homes in Tempe.

“Once a group home submits, we add them to this list so we do not have another home apply for the same area. These homes are for adult care, persons with disabilities or child shelters,” Baxter said.

Neighboring Chandler has a similar restriction of a 1,200-foot distance between group homes. According to Stephanie Romero, public information officer for the city of Chandler, there are 222 registered or pending group homes in Chandler.

David de La Torre, planning manager with Chandler’s Development Services Department, said the city’s zoning code allows group homes to have up to five residents.  However, a group home for residents who have a disability can request a “reasonable accommodation waiver” to have more than five residents up to a maximum of 10.

“Generally speaking, people living in an assisted living home are considered to have a disability. The definition of a disability in Chandler’s code mirrors the definition used in federal law that protects discrimination of people with disability, which is very general and inclusive of various types of disabilities,” De la Torre said.

“Currently in Chandler, there are 27 registered or pending group homes with more than five residents.  Eight of those 27 are approved to have 10 residents.”

Although work had not yet begun on preparing the Calle de Arcos property for its planned usage,

Robinson said he plans to begin demolition work any day now and hopes renovation will be complete by May 1.

The city of Tempe approved Robinson’s building permit Jan. 19 he now must await state licensing, something he will apply for after a sprinkler system and alarms have been installed. He’s hoping residents of Corona del Sol Estates will feel differently about the presence of a group home in their neighborhood once they can see that their current concerns have not materialized.

“I hope that over time, not only will they just tolerate the fact that I’m there, but that they can actually embrace it,” Robinson said. 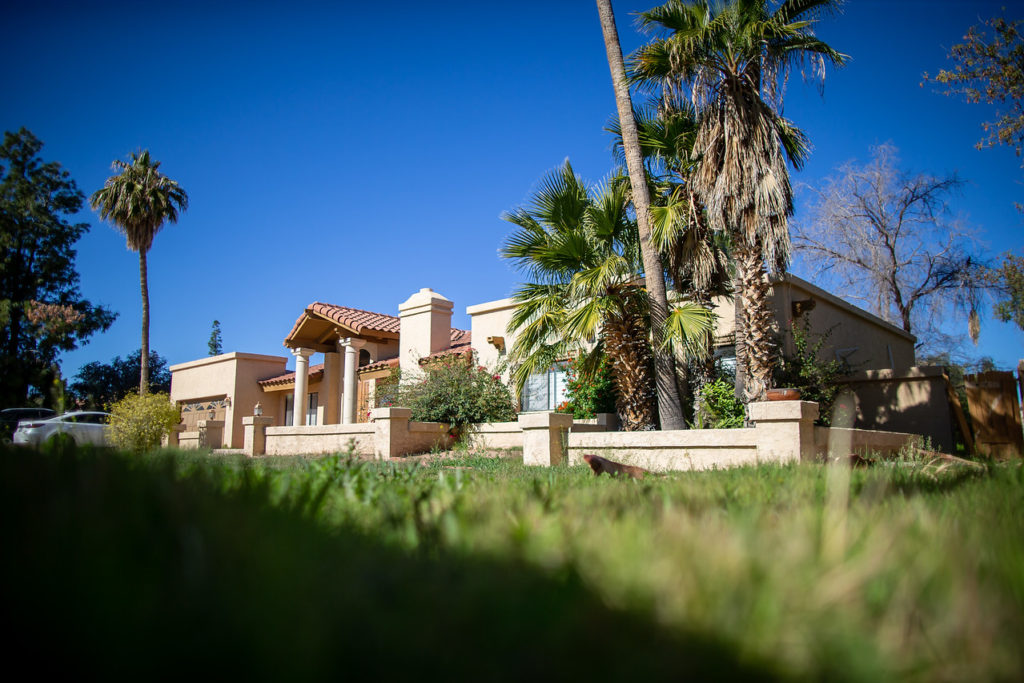 Residents of Corona del Sol Estates don’t seem placated by these assertions, however, as evidenced by the appearance of 50 or 60 neighborhood residents at an informational meeting on Feb. 1 that grew heated and led to raised voices and shouting.

“It got down to personal attacks on me,” Robinson said. “They called me a snake and a liar.”

“The quietness is going to be gone with 10 people living there,” Mastin told Wrangler News.  “This isn’t about being compassionate…it’s all about making money.”

According to Avana Assisted Living’s website, monthly pricing for the facility starts at $5,000 for a private suite with a bathroom. The most expensive accommodations run $7,500 for a two-bedroom suite with half-bath and patio.

Kaiser, the neighborhood association president, toured Avana’s group home on Knight Lane. The home there is larger than the one on Calle de Arcos, he said.

“Inside it was neat and clean and new—it was open and airy,” Kaiser noted.

Still, Kaiser said, the concern is that home values in the area may slip with the establishment of group homes on quiet streets like Calle de Arcos.

Nick Bastian, a South Tempe Realtor who lives not far from the property, offered his take on the situation.

“I don’t know that this particular use is going to be anybody in the neighborhood’s favorite use, but I don’t think it’s going to have a real negative impact,” Bastian said.

“These types of properties—depending on how they’re run and managed—a lot of times you won’t even know they are there.”

And, he noted, alluding to another thorny community issue, 10 elderly assisted-living residents next door might just be a quieter alternative to the possibility of a 10-bedroom Airbnb. Cities across the nation have grappled with that hornet’s nest for the last few years.

In fact, another South Tempe home last year was converted to a vacation rental with paved-over lawns  and reportedly a 10-bedroom occupancy, which the state legislature has ruled cities cannot regulate.

Unlike an Airbnb “I have to be licensed by the state,” Robinson said. “My license will be on the wall and there will be regular inspections.”

As the Calle de Arcos project continues, Robinson is slated to move forward with renovation in hopes of having residents soon. As to the property on Knight Lane, he already has bookings and deposits in place.

“There’s a large demand for this,” Robinson said. “Tempe is underserved.” 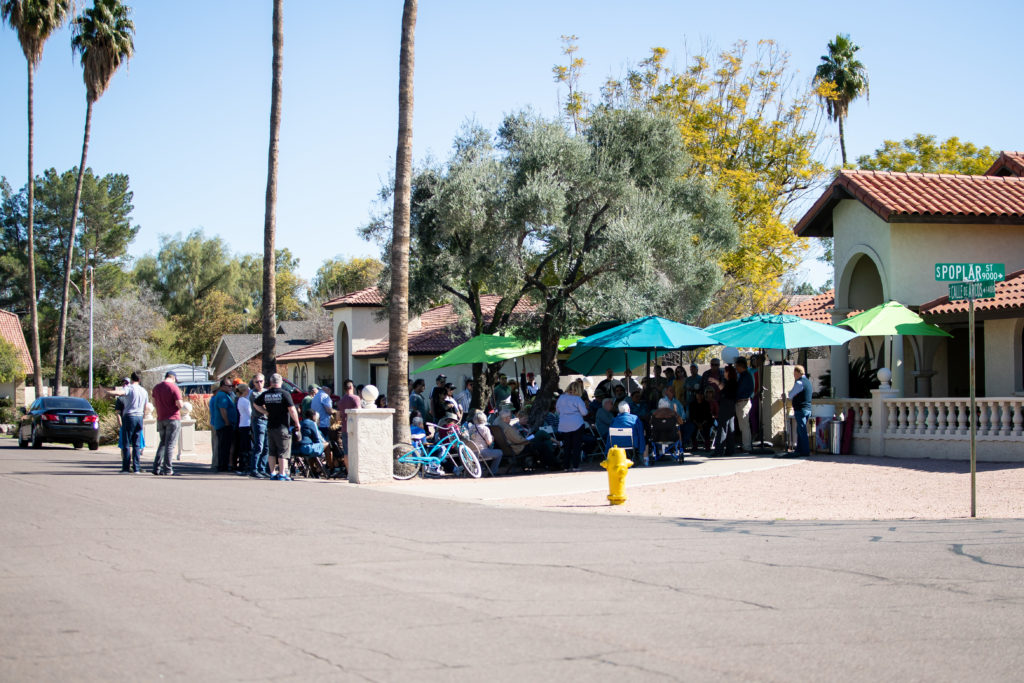