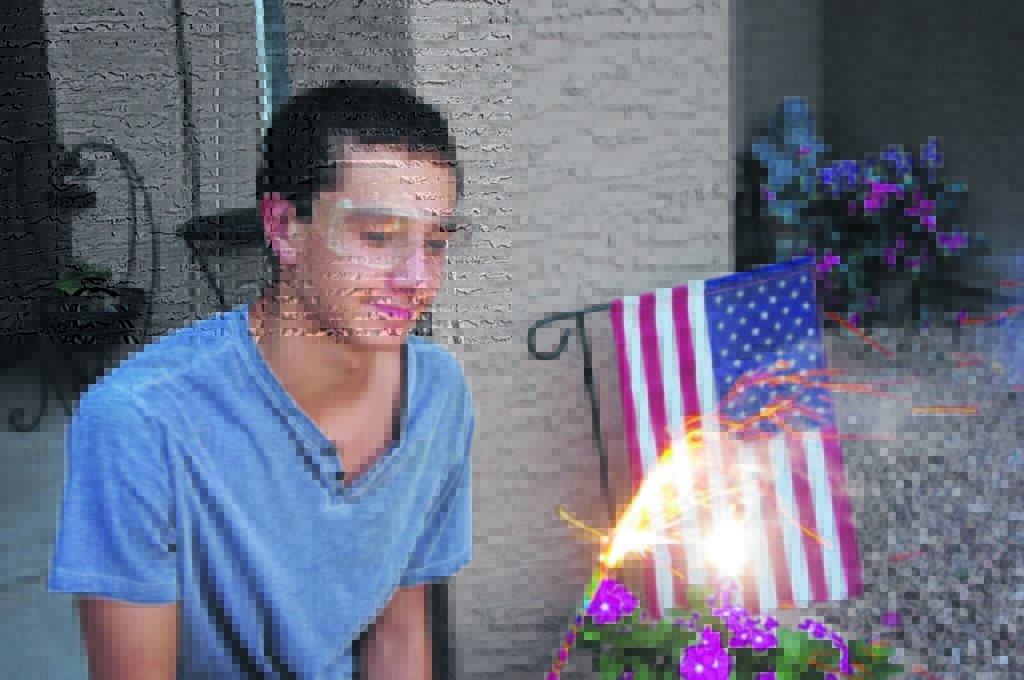 Celebrating with sparklers in Tempe this July 4th is allowed, but the Tempe Fire Medical Rescue Department and Police Department remind residents that many other types of fireworks are illegal to use within city limits.

A 2011 state law allows for the sale of consumer fireworks at retail and temporary locations, while still allowing Arizona cities and towns to ban their use.

In 2010, the Tempe City Council joined several other communities across the state in banning the use of consumer fireworks to prevent injuries and fires.

Novelty fireworks are allowed to be used in Tempe; they include handheld sparklers, smoke devices, party poppers, snappers and snakes.

Consumer fireworks are illegal to use within city limits; they include ground-based sparklers in cylindrical, square, cone or rocket shapes, as well as aerial fireworks like roman candles, firecrackers, sky rockets and bottle rockets. The penalty for violating the city’s ordinance is a minimum fine of $1,000.

The ordinance also allows Tempe to recoup expenses if emergency services are needed in conjunction with the use of consumer fireworks.

The Chandler Fire, Health & Medical (CFHM) Department is reminding residents that while some types of fireworks are legal to sell and purchase at local businesses, the use and misuse of fireworks can lead to personal injury, injury to others, harm to pets, property damage, and destruction of the environment.

Chandler prohibits the use of permissible consumer fireworks on any public property, including City-owned or managed land, buildings and facilities. This includes public parks, public school facilities, public retention basins, and public roads and streets within Chandler City limits.

If you do decide to purchase and use fireworks in Chandler, it’s important that you know the different rules for each of the three types: display, consumer and novelty fireworks.

According to Chandler Fire, Health & Medical Department officials, display fireworks shoot into or through the air and may also detonate. These include the aerial devices that you typically see at large public Independence Day events. They are not legal to sell to consumers, and are not legal to use at any time in Chandler without a special event permit. Similar fireworks, including those that contain a higher percentage of black powder, such as M-80’s, firecrackers, Roman candles, bottle rockets, etc., are also illegal.

The popular novelty items – snappers, snap caps, glow worms, snakes, party poppers, toy smoke devices and sparklers – are not regulated and can be sold and used anywhere in Chandler. At retail locations these must be labeled as “Novelty Fireworks.” It’s important to note that even the common “sparkler” burns at a very high temperature and can cause severe burns if mishandled.

Fireworks sales are allowed in certain types of retail locations, including temporary tents or structures. Chandler Fire Prevention Specialists work with these local businesses to ensure that their fireworks are displayed in the proper manner, have appropriate signage, and don’t exceed allowable limits.

If Chandler residents see fireworks being sold or used inappropriately, they can report the violations to the non-emergency phone number of the Chandler Police Department at 480-782-4130. The Police Department can issue citations that could include a civil penalty of $1,000.

Within the City, there are many potential sources of combustion, such as dry brush, palm trees, and wood fences. Once a fire starts it can easily extend into a nearby structure. Local officials are also concerned about fireworks being purchased locally and then used in forest or wildland areas.

Additional firework rules and safety tips are available on the CFHM website at chandleraz.gov/fire.