As the Tempe mayoral elections draw closer, advocates for both Corey Woods and Mark Mitchell have expressed their reasons for supporting these candidates. The Wrangler team is dedicated to providing its readers with locally-influenced and well-balanced news from the Tempe and West Chandler communities. Share your thoughts in the comments below, or send us an email at editor@wranglernews.com. 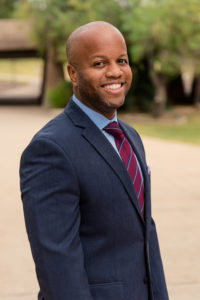 Editor’s note: The signers of this commentary reflect the views of the below-listed signators.

As former elected officials in Tempe, we have all been honored to serve either as councilmembers or mayors, or both! All of us know both the incumbent and the challenger in the 2020 mayor’s race, have worked with each of them on Council or in other capacities in our community activism. Not surprisingly, we have often disagreed about many things in our City; north to south, neighborhood to neighborhood, east to west, because the needs in our community vary almost street to street. Further, as a group we are diverse ourselves, registered as Independents, Republicans and Democrats.

So you might find it surprising that on this issue we are in complete agreement: It is time for Corey Woods to be Tempe’s mayor!

Ours is a positive decision for Corey Woods, whom we believe is a dynamic, strategic-thinking, strong leader. Ours is a positive decision for Corey Woods who understands the political role from his own Council and Vice-Mayor background. But who is also a trusted servant-leader, with other significant community leadership roots in his resume. Having worked with and watched Corey closely, we believe he is a unique and special person among us. What else would explain how Corey has united all of us in support of his candidacy? We truly believe his mayoral leadership will also be a uniting spark for the entire community.

The reason for change now is that it has become clear that we cannot keep doing the same things hoping for better results. On many important issues the status quo is unacceptable: How do we address our serious traffic congestion issues? How do we address homelessness and generate more affordable housing? Negative community controversies in recent years have lacked proactive, healthy public dialogue, further segregating us rather than drawing us more closely together. Tempe should be better than this.

Our positive decision for a new mayor in 2020 is because we know Tempe can be even more aspirational…we are far from done. We need fresh eyes to envision a brighter future, open ears to listen to divergent views in the community, and hard-working hands that will reach out and bring disputing factions together, especially in tough times.

It is our combined experience with Corey Woods that he follows up on what he says he will do. He is civil both in public and in private. He has demonstrated the willingness to make difficult decisions, always putting Tempe, not politics, first. Mayoral leadership requires the personal capacity to bring people together, incorporate the diversity of views into a comprehensive vision, and then lead the City Council and community in a way that generates excitement and allows Tempe to offer its residents greater opportunities. Such is the essence of successful local leadership.

Having taken a voluntary break from elected office has afforded Corey the opportunity to engage the community in up-close discussions about what needs to change. Corey Woods has a new vision to take Tempe into the next decade. He has the skills and the courage to build upon Tempe’s past successes and not permit the community to sink under the weight of indecision when it comes to creating Tempe’s brightest future.

In any mayoral election voters must choose the best candidate to advance Tempe’s future. We say a gracious “thank you” to everyone who has served us on council and as our mayor. Each of us appreciates that we have ourselves built on the accomplishments of former leaders as we served Tempe. We have no quarrels with the past; but we have greater expectations for Tempe’s future.

Tempe, our All-America city, has always strived to be better than the status quo. Here in Tempe, in Arizona and nationally, we all have a responsibility as citizens—as well as a right—to expect vibrancy, transparency and a new level of community leadership.

We believe Corey Woods is the best and boldest choice to be Tempe’s next mayor. We respectfully ask you to join us in voting for Corey Woods on or before the March 10 deadline. Thank you for your consideration.