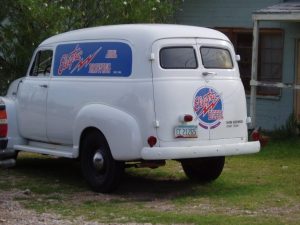 Betty Crocker was fictitious, but Chef Boyardee, Marie Callendar and Dr. Pepper were real people. The esteemed microbrew Dave’s Electric Beer, however, has something that these other namesake products don’t: It has two real Daves behind its name.

Production of Dave’s Electric was interrupted in the early ‘90s by Harvan’s serious legal troubles, in the form of a prison term for marijuana trafficking. But in 2000 he reopened the Bisbee brewery, and began cranking out thousands of gallons a year of the well-respected lager, stout and ale.

Dave Two is south Tempe businessman Dave Hoffman, who with his partner Scott Burge has been carrying on Harvan’s work.

“My partner and I had an environmental consulting firm in Douglas, Arizona,” says Hoffman. “I don’t know if you’ve spent much time in Douglas, but there isn’t a lot to eat or drink there. So we used to go to Bisbee a lot.”

Electric Dave’s became a favorite during these visits. A few years later, says Hoffman, “I was passing through Bisbee and I picked up one of the local real estate rags, and the brewery was up for sale. The rest is history.”

“We have an operating agreement, and we give Dave Harvan a fee. We’re using his recipes for his IPA [India Pale Ale] and his lager, and we’re making beer.” Kyrene Corridor seafood eatery Sign of the Whale now serves Hoffman and Burge’s versions of Harvan’s concoctions.

But the partners have more ambitious plans still: They’re striving to move the brand to a new home near the ASU campus: Dave’s Electric Brewpub.

As planned, Dave’s will serve food, but its real distinction, of course, will be the beer with which that grub will be washed down. The plan all along has been for the Kyrene duo to eventually buy out and take over Dave Harvan’s Bisbee operation, but Harvan’s story took yet another dramatic turn three weekends ago when he suffered serious injuries in a so far inexplicable one-car accident on Highway 92 near Bisbee.

According to The Bisbee Observer, Harvan was the passenger in a 1932 Nash roadster unequipped with seatbelts.

“Nobody’s real clear what happened,” says Realtor Pamela Deane, an acquaintance of Harvan’s. But both men were ejected, and both were airlifted by helicopter to University Medical Center in Tucson. The driver, Kevin Mitten, has since died of his injuries, while Harvan remained sedated at this writing.

“He hasn’t really regained consciousness,” says Deane. “He does seem to recognize his mother’s voice; he kind of flutters his eyes. Most of his ribs are broken, something like nine ribs, and he has a broken pelvis and hip.”

How this might complicate the transfer of the Dave’s Electric brand to its new makers, if at all, remains to be seen, but Dave Hoffman is forging ahead, putting the finishing touches on the brewpub.