Renee Defeo has tried them all: South Beach Diet, Atkins Diet, Body for Life--even medical solutions. But as we all know, crash diets work only for a lucky few. Instead of turning to another fad diet, Defeo took control of her life and lost weight in a different way--in front of thousands of local television viewers.

The 34-year-old Kyrene Corridor resident, along with three other contestants, was chosen by KTVK-TV, Channel 3, to compete in a weight-loss challenge. She teamed up with a Valley dietitian and a personal trainer for five months, hoping to lose weight and gain a healthier lifestyle.

Defeo says she came from an athletic family and loved sports. After she became overweight, she says, she couldn’t do the things she loved and fell into a slump. 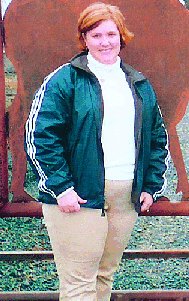 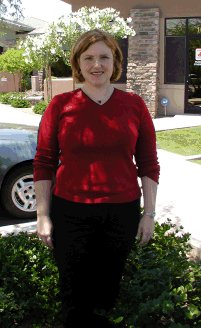 “I hit that point where I was unhappy and unhealthy,” Defeo said. “I just needed something to get me out of that rut, because I couldn’t get myself out.”

She knew the weight-loss challenge was the perfect way to get back on track and, at the start of this year, Defeo stepped on the scale and exposed her weight to the public, weighing in at 222 pounds.

That was Jan. 3. Since then, Defeo has worked with a trainer and nutritionist for satisfying results. However, she says, the challenge has been anything but easy.

Monday through Friday she attends a women’s boot camp at 5:30 in the morning. She follows a meal plan created by her nutritionist, submits weekly online journal entries and appears on Channel 3 about once a month.

Before the challenge Defeo would skip breakfast, eat huge lunches and dinners, and snack late at night. Now, she makes sure every day to eat breakfast, consisting of oatmeal, eggs or fruit. She has a small snack before and after a light lunch, and avoids going out to eat as much by preparing her own food at home.

Since she started the diet, Defeo has lost about 20 pounds. She said she feels completely different.

“I feel great physically, the energy level has just been wonderful and mentally I feel confident and happy,” Defeo said.

The outpouring of support from her friends and family has helped her reach her goals. Defeo’s husband, Rodney Kinney, said she is a changed woman.

“Before she started this challenge we had some discussions about how she wasn’t the girl I met seven years ago,” Kinney said. “She had sort of lost that fire. But since this competition I am seeing that old Renee again.”

Ultimately Defeo would like to get down to 150 pounds, but her next goal is to reach 180. She will continue to apply what she has learned from the challenge to her lifestyle. She wants to keep her trainer and continue to follow a balanced diet.

Defeo said she has lost weight, but more importantly she has changed her life.

“I think a key part of this challenge was understanding me. Opening up, looking in and trying to recognize where the problems are,” Defeo said.