The changing face of Warner Road: From I-10 to the 101, busy S. Tempe thruway getting face lift

The 5-mile stretch from Interstate 10 on the west to Loop 101 on the east gives and takes a high traffic volume between the freeways. The daily pounding took a toll. Pavement was cracking and chunking out. Driving on Warner, especially from Rural Road east to Price Road, was getting to be a teeth-rattling experience.

That has changed. Warner is morphing, starting with the pavement itself and extending to the businesses that front it.

Road work that backed up traffic for several weeks on the mile-long segment from McClintock Drive to Price is nearly complete. All that’s left is lane striping.

It was a driver’s nightmare while Americans with Disabilities Act-compliant curbs and sidewalks were retro-fitted at every side-street crossing on each side of Warner. Then, a 2-inch layer of old pavement was scraped away, replaced with new smooth blacktop.

That may be a relief to the thousands of drivers who endured those daily backups, but not so fast.

Starting April 25, the bottleneck moves a mile west, to the Warner Road stretch from Rural to McClintock. One break that drivers will get on this segment of the project: ADA-compliant curbs and sidewalks already have been retro-fitted, saving several weeks of disruption. This phase will require only removing and replacing the top layer of pavement, which should take no more than a couple of weeks.

The smooth ribbon of fresh blacktop will be flanked by big changes along Warner, too. 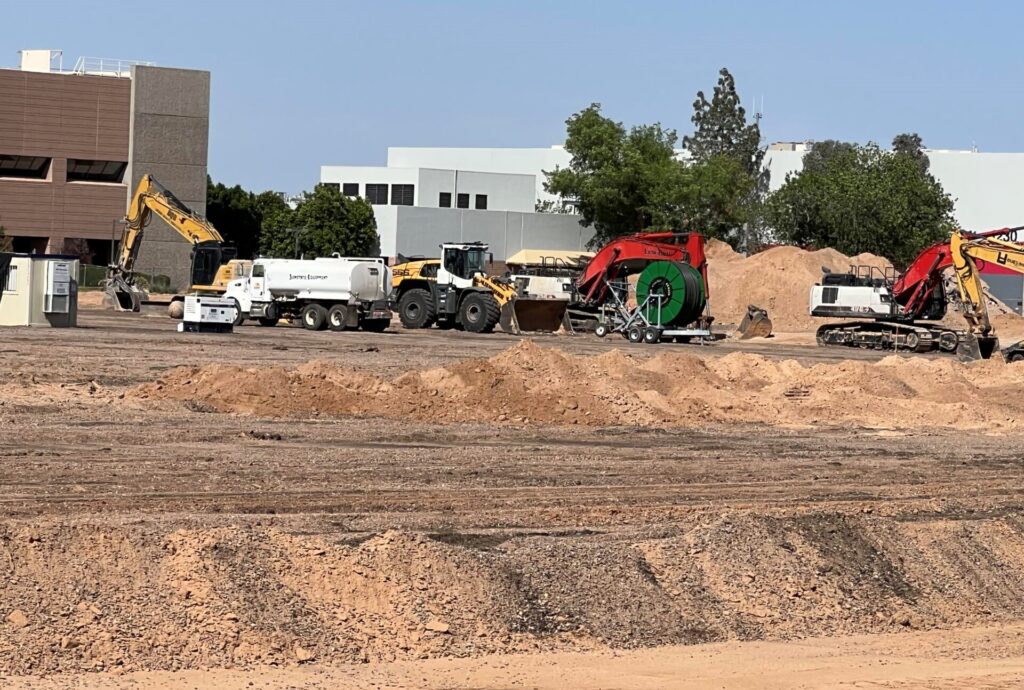 Angry Crab Shack is moving closer to opening a new seafood restaurant in the building once occupied by Tilted Kilt at 660 W. Warner, between the Union Pacific Railroad tracks and the Kyrene School District’s Ben Furlong Education Center. The 5,720-square-foot building with 890-square-foot patio is expected to employ roughly 60 people and operate 10 a.m. to 11 p.m. daily and emphasize a family atmosphere.

On the southeastern corner of Warner at McClintock, Take 5 Oil Change just opened on April 21. It was an arduous journey. Neighbors objected vehemently when plans were unveiled a couple of years ago, saying they instead wanted a restaurant/wine bar or similar amenity. Despite the property owner, Walt Brown, meeting every Tempe requirement, he was denied a use permit for his oil-change shop by the city, which caved to the masses. He sued and won.

The ending is happy for the neighbors, though. Freely Taproom & Kitchen rolled out a soft opening on the northwestern corner of Warner and McClintock last September and has incrementally added services, the delay being the result of supply-chain issues, according to owner Paul Gillingwater. Freely has a large, east-facing (afternoon shaded), dog-friendly patio.

Warner Road is a local economic engine, and even Mayor Corey Woods remarked publicly last fall that the condition of the roadway had become unacceptable. That wasn’t what spurred the project, though.

“We definitely do have an objective process to identify what streets we are going to resurface,” said Ed Bond of the city’s Engineering & Transportation Department. “In general, we survey all of our streets every three years. The pavement is given a score, a Pavement Quality Index. Work is assigned from those scores.”

Tempe estimates the cost to be $1 million per mile to resurface a road and do associated concrete work on manhole covers and curbs along the way. It lumped together the Rural to McClintock segment with the McClintock to Price project and achieved a $200,000 savings.

The project is paid for largely from Tempe General Obligation Bonds, but the city also received some state Highway User Revenue Funds, according to Bond.

Over the next five years, South Tempe major resurfacing projects are to include Elliot Road from Kyrene to McClintock and Priest Drive from Elliot south to the Chandler city limit, Bond said.

Several neighborhood streets recently have been seal-coated or soon will be, including those in Warner Ranch and Circle G neighborhoods, Bond said.

Beginning this fiscal year, $10 million was appropriated, up by about $5 million.

Lee Shappell
Lee Shappell became a journalist because he didn’t become a rocket scientist! He exhausted the math courses available by his junior year in high school and earned early admission to Rice University, intending to take advantage of its relationship with the Johnson Space Center and become an aerospace engineer. But as a high school senior, needing a class to be eligible for sports with no more math available, he took student newspaper as a credit and was hooked. He studied journalism at the UofA and has been senior reporter, copy desk chief and managing editor at several Valley publications.
Previous articleDebut of Freely Taproom and Kitchen a happy accident for neighbors longing for hangout
Next articleTRAVEL ALERT: Heavy traffic, delays likely as I-10 closes both directions near airport April 22-25