Wild Horse Pass comes up loser on fair, but winner on high-stakes tables

Not so fast on just crossing the freeway to enjoy those corndogs and cotton candy – and then hopping on twisting, turning rides that make your stomach want to give them right back.

The Arizona State Fair is not coming to Wild Horse Pass on the Gila River Indian Reservation this fall after all – and you can bet on it.

There are a number of other things you can now bet on at Wild Horse Pass, a growing sports/dining/shopping/gambling complex just southwest of the Interstate 10-Loop 202 interchange.

While it is losing the fair before it ever really arrived, it is gaining a new type of gambling as a result of a recently revised compact between Arizona and tribal casinos that allows craps as well as high-end Las Vegas-style roulette and baccarat games in exchange for Indian communities allowing off-reservation sports books, which are expected to open across the Valley next month.

Among the beneficiaries of the agreement is Wild Horse Pass Casino, which last week became the first in the state to open the newly allowed table games. Previously, only card games were permitted in Arizona tribal casinos.

Meanwhile, the Arizona State Fair Board announced that, because of COVID-19 related supply issues that prevented it from obtaining infrastructure items in time, the fair will not be coming to Wild Horse Pass in October, as previously announced. It will remain at the State Fairground at North 19 Avenue and West McDowell Road in downtown Phoenix, Oct. 2-30.

“The Gila River Indian Community and Arizona State Fair continue to study the possibility of moving the fair to the reservation in 2022, in a manner that will be mutually beneficial to both parties,” a statement released by the Fair Board said.

Officials hoped to move the fair to Wild Horse Pass because it offered a much larger site, in turn hoping that distancing would mitigate the spread of the virus as the epidemic appeared to be winding down. The fair was cancelled last year due to COVID-19.

The fair and the expansion to a Las Vegas-style casino reflect big changes at Wild Horse Pass.

This spring, the Phoenix Rising soccer team moved into a new 10,000-seat stadium at the complex.

This fall, an 11-story second hotel tower at Wild Horse Pass Hotel and Casino is to open, nearly doubling capacity to 447 rooms.

Early this year, a 10-year plan was rolled out that essentially calls for a city to be built across the freeway from West Chandler and South Tempe that would bring a major influx of sports, entertainment and recreation options as well as job opportunities: 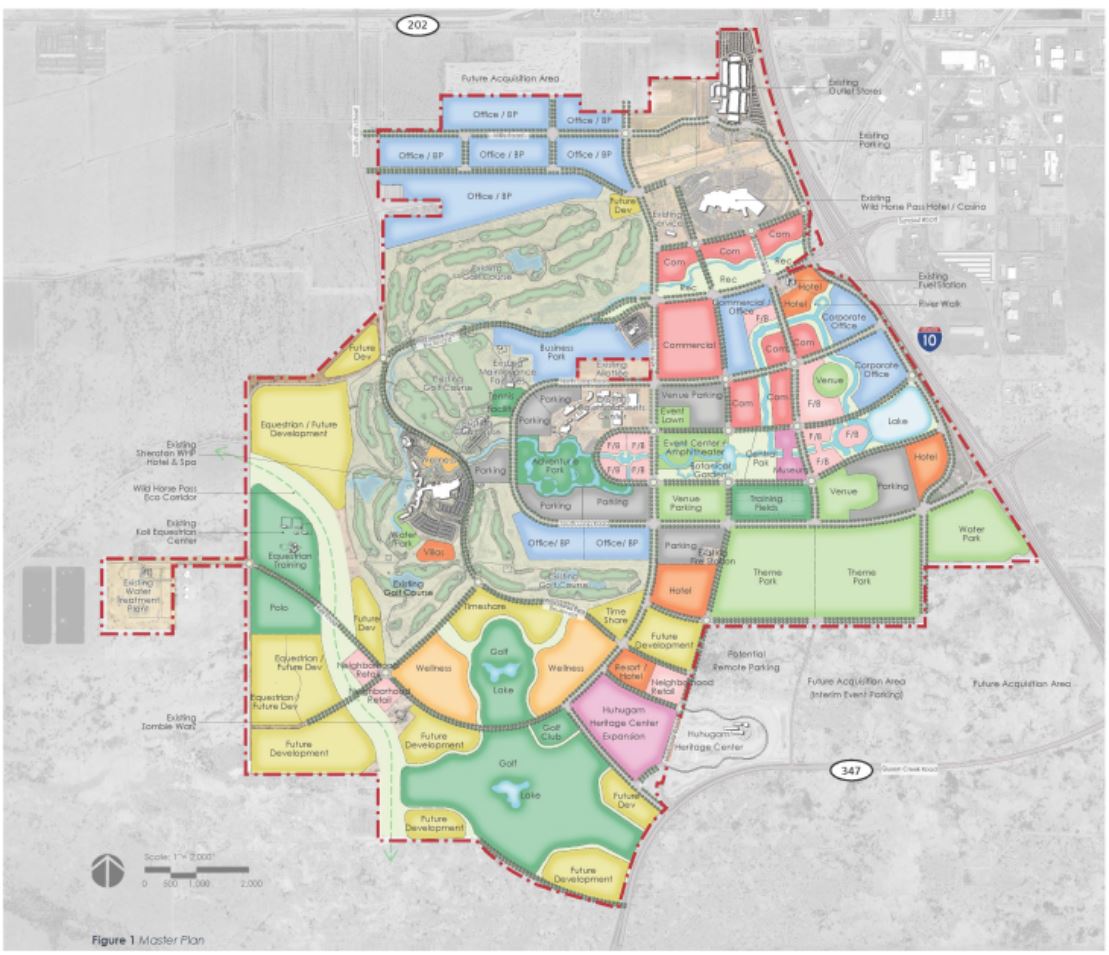 The goal at build-out is to make Wild Horse Pass the premier destination for sports, entertainment and recreation in Arizona, White said.

Lee Shappell
Lee Shappell became a journalist because he didn’t become a rocket scientist! He exhausted the math courses available by his junior year in high school and earned early admission to Rice University, intending to take advantage of its relationship with the Johnson Space Center and become an aerospace engineer. But as a high school senior, needing a class to be eligible for sports with no more math available, he took student newspaper as a credit and was hooked. He studied journalism at the UofA and has been senior reporter, copy desk chief and managing editor at several Valley publications.
Previous articleThe 3 ‘P’s’ to prosperity
Next articleTempe Council member Kuby running for state Corporation Commission