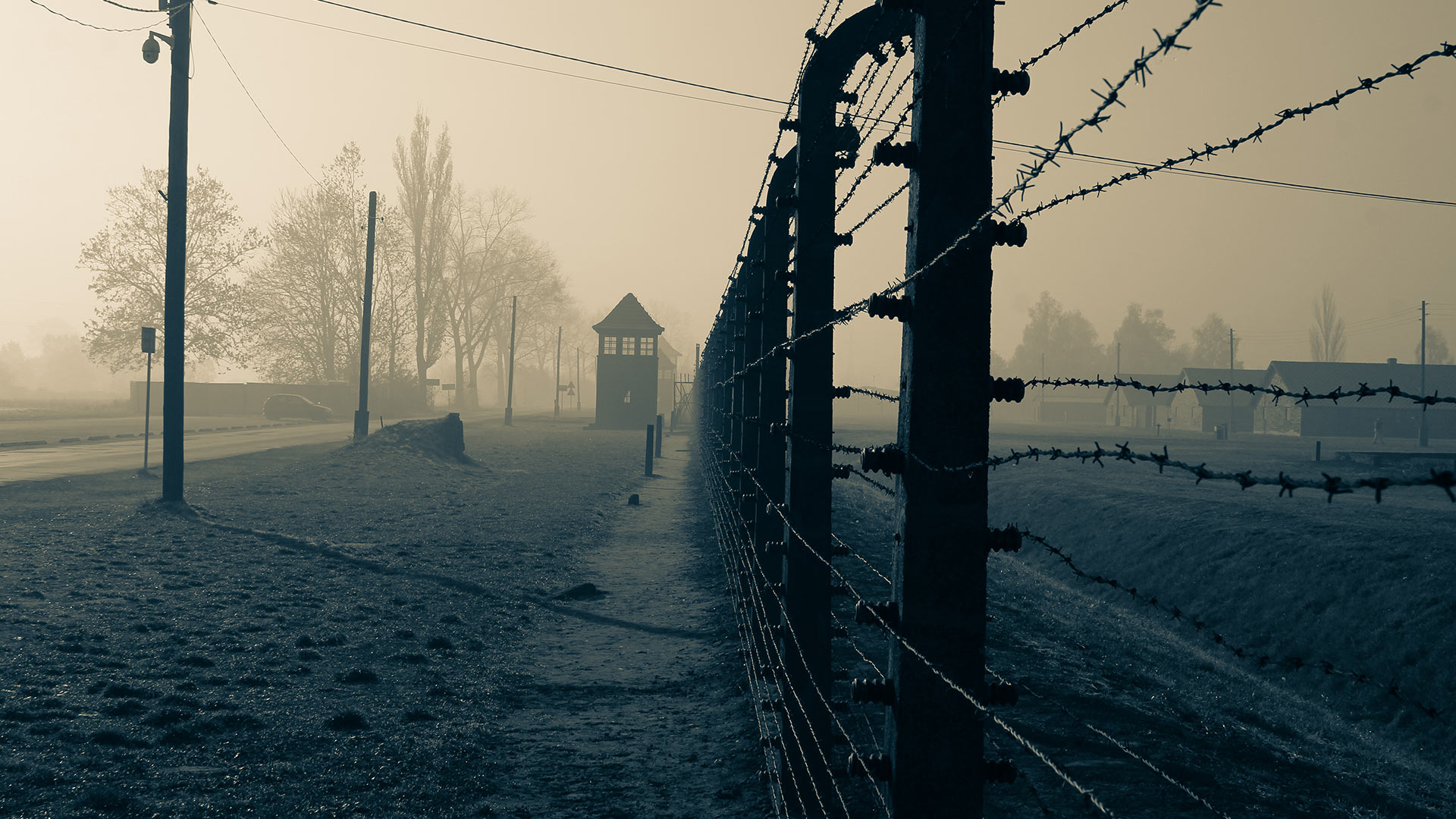 Each year, as May yields to June, we are first reminded on Memorial Day of the ultimate sacrifices made by U.S. Armed Forces personnel in combat, and then a week later, on June 6, of an epic operation, D-Day, a turning point 77 years ago in World War II that led to the liberation of Nazi concentration camps.

In two stories for wranglernews.com, we look through the eyes of German Wegbrait of Tempe at how his grandparents survived concentration camps, and then relive a virtual tour of Nazi camp Auschwitz, which tells an unfortunate historic tale, a tour recently made possible in the Valley by Rabbi Michael Beyo of the East Valley Jewish Community Center.

Walking into my grandparents’ house was always a moment of shifting realities, within which my own was defined.

Zeide Isaac Eglin was born in Lithuania, and by the age of 7, he had a Great War – the War to End All Wars, World War I – under his belt. The only boy of a family of nine, he grew healthy and strong.

His days passed learning his tailoring profession and eating apples on rooftops. He professed being able to punch a nail through a wooden board with one hit.

He became part of the Lithuanian army at the age of 18 and fulfilled his duties honorably.

When the Second World War rammed through, Isaac was confined to the ghetto of Kaunas, where he remained until he was taken to Stutthof, a Nazi concentration camp for Jews and political prisoners established by Nazi Germany in a secluded, marshy and wooded area near the small town of Stutthof in a northern port of Poland.

He would spend the war years there until the camps started to be evacuated.

At the camp, he would volunteer to do any job, stay busy, stay helpful, stay alive.

One day, a position was vacated working the heating system of the camp, a boiler room with a wood-hungry cauldron, which provided warmth, solitude and access to material.

Isaac had set himself in the warmest of places, during the coldest of times.

From there, he would keep the camp warm, stay out of trouble and help by making sandals out of wooden planks for people who had lost their shoes. As much as he could, he kept himself and others healthy – and on occasions, even alive.

Isaac saved friends’ lives twice, that I know of, while at Stutthof.

Once coming back from his shift, he found his friend hanging from his own belt. He was able to hold his friend’s weight and bring him down before it was too late.

As the camps started to be evacuated toward the end of the war, Jews and other prisoners were set in what historically became the “March of Death,” where thousands of people started to be moved in long lines, walking through snowy fields, or mud roads, for kilometers. Lots died.

One of his friends completely gave up and dropped cold onto frozen ground. Isaac picked him up and carried him the rest of the way.

After the war ended, organizations were formed to help people find their loved ones, their location, their status, and figure out their own future. He was approached by different groups, one of them, on its way to a refugee camp just outside of Rome. Thus, a journey to Italy began, and there, he would meet Babba Esther.

Esther Bercowicz was born in Czechoslovakia in a rural area, and in somewhat of a privileged life, given the surroundings. War made moving targets of Jews, no matter their status. She spent the first four years of the war fleeting in and out of her home, to Poland and back, hiding from the Nazis, with her family of six.

Eventually, in 1944, the Nazis came directly to her home, which became the local Nazi authority lodging, and she and her family were taken to Auschwits-Birkenaw. She was only 17.

In Auschwitz, one’s fate was not kept a secret for long, and through a swift and merciless selection, she was set in the barracks of the “to be killed tomorrow” folk.

She didn’t quite agree with the schedule, and scratching away the caulking used in the barrack window, she waited till nightfall, removed the window glass and leaped to life.

To her surprise, an armed Nazi soldier was standing there, between the barracks, looking straight at her.

The concept of survival, of never giving up, of being the best you can for your community, of working hard, of nothing is impossible, of life is to be lived, are all part of the heartbeats that remind me of them and fill my body with strength and passion for living.

A prisoner of a different kind, he turned around, allowing her to finish her 30-foot race to potential survival, into the barracks of the “may make it” folk.

At camp, she worked in the munitions factory in Birkenau. It was close to the end of the war, and the Russians were gaining ground fast. The camp needed to evacuate.

Her march started, and at some point, she and some other girls she knew from her hometown all escaped into the woods, where they would spend some time hiding.

One day, seeing a Nazi general leaving a house, they suspected it had provisions and they set out to hide there. They were right, and ended up spending some time in that basement.

The doors of the outside of the storage space swung open indelicately, allowing light into the basement as fast as lightning.

Uncertain if this meant freedom, one of the girls spoke in Russian to the soldier, and she received a friendly response.

This place quickly became a pop-up hospital where she and her friends became nurses or nurse assistants, and spent a good deal of time until the war was over.

Slowly, Esther made her way back to her home, to find it sacked by her own neighbor. At night, she tried to unbury her mom’s jewelry, which her mother had buried under a tree.

She was held at gunpoint and kicked away from her property by her neighbor.

She made her way to a refugee camp in Hungary and from there to Castel Gandolfo in Rome, where she met Isaac.

Three weeks later, they were married. They lived together in Rome for three years while Isaac was finishing a tailoring apprenticeship, which would be the way he would make a living the rest of his life.

He worked tirelessly and as much as was needed.

Esther did the chores expected of a wife at the time, in a loving and committed way.

They were my example of what the love between a man and a woman should look like.

In 1948, they migrated to Uruguay, where they rebuilt the family into what became mine, and were a positive part of the Jewish Uruguayan Community.

They have both passed.

When one thinks about genes, one hardly thinks about personality traits as part of genetics. I am not trying to embark in a scientific discussion but to share the conviction that the concept of survival, of never giving up, of being the best you can for your community, of working hard, of nothing is impossible, of life is to be lived, are all part of the heartbeats that remind me of them and fill my body with strength and passion for living.

Those were my Eglins, only two survivors from two families of 15 individuals.

Two people that did not become part of a dead-Jews statistic, two that escaped a total count of as many as 60 million dead. Two that may seem at random, or lucky. Why them? It’s an unnecessary question to ask.

DIGITAL TOUR OF AUSCHWITZ ONLY INTENSIFIES THE HORRORS

By Samuel Voas, for wranglernews.com

When the pandemic hit in early 2020, the Polish government closed the Auschwitz-Birkenau State Museum in the interest of safety. It has not welcomed visitors since.

Rabbi Michael Beyo, CEO of the East Valley Jewish Community Center, believed that the experience of visiting Auschwitz is too important to be suspended indefinitely.

With that in mind, the EVJCC’s Center for Holocaust Education recently partnered with Auschwitz expert Dr. Wójcik to bring the first-ever virtual walking tour of Auschwitz exclusively to Arizona.

Eventually, tours will be offered through Jewish Community Centers throughout the U.S.

Over Zoom, Wójcik guided groups of digital tourists through Auschwitz. He designed the presentation using a combination of personal and historical footage or photographs taken within Auschwitz. 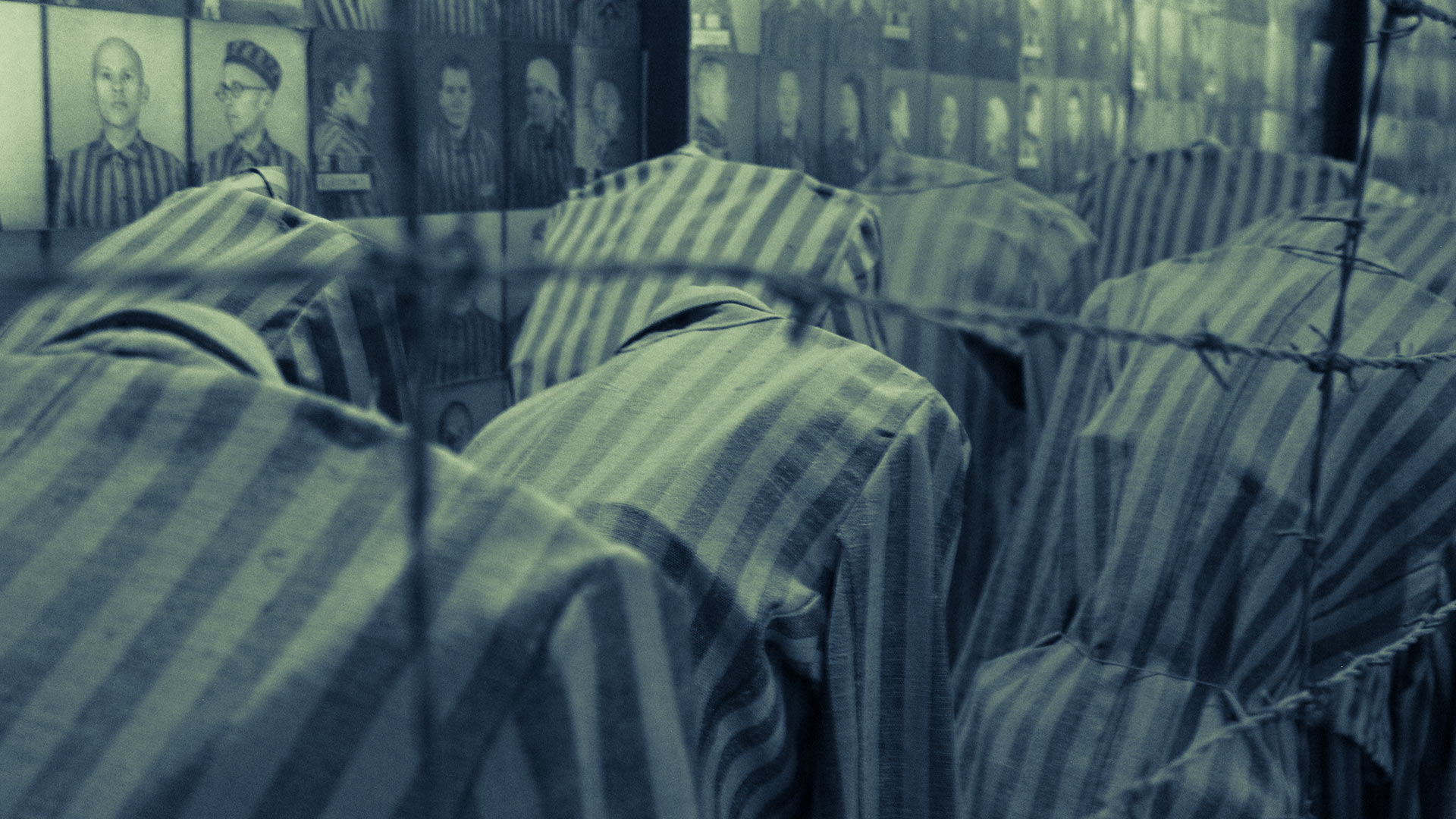 He also employed digital resources provided by Auschwitz-Birkenau State Museum, such as Auschwitz Panorama, which uses 360-degree imaging to create a virtual reality-style view of various locations within the camp.

“Everything I do as a guide in Auschwitz, I recreated online. So I’m using all of the possible digital software that I can use,” Wójcik said of the digital tour as a guest on Beyo’s podcast, “Conversations with the Rabbi.”

During the two-hour tour, Wójcik took his digital tourists from building to building within the camp, and described in detail the unthinkable atrocities that were committed in each.

Although he said there is no substitute for a hands-on experience of Auschwitz, Wójcik noted that the virtual tour offered a perspective that the in-person tour does not. Throughout the tour, he could easily juxtapose photos and footage of the modern-day museum sites with chilling images of the horrors that they were host to.

Additionally, the digital seminar had virtual access to sections of the camps that have never been open to the public.

In the view of Wójcik and Beyo, Wójcik’s virtual tour of the Nazi’s largest concentration camp was not a mere exercise in academia.

To them, Holocaust education is relevant and imperative in today’s political climate.

“We can see what is happening right now in the world … the growing anti-Semitism today,” Wójcik said. “It’s a great danger. It’s the universal message of Auschwitz that if we neglect the political process, if we left our future in the hands of certain populist politicians … this is how it started in Germany in the 1920s and ’30s. It was a slow political process that led Germans exactly to this place, to Auschwitz.”

The men agree that education is the first step toward ensuring that the catastrophe of the holocaust is not allowed to repeat itself.

“For me, learning about the holocaust and fighting anti-Semitism, they go hand in hand,” Beyo said.