Tempe’s high schools once again send their best and finest on to the next step in their young lives as the Class of 2021 goes forward into a challenging new world.

Some people occasionally ask where our world is headed. Answer that question by looking at these young people who are celebrating their graduation, teens who have contributed to their community and their families, students who have made their way through four challenging years on a Tempe Union High School District campus.

Look hard enough and feel confident that this world of ours indeed will be a better place because of them. 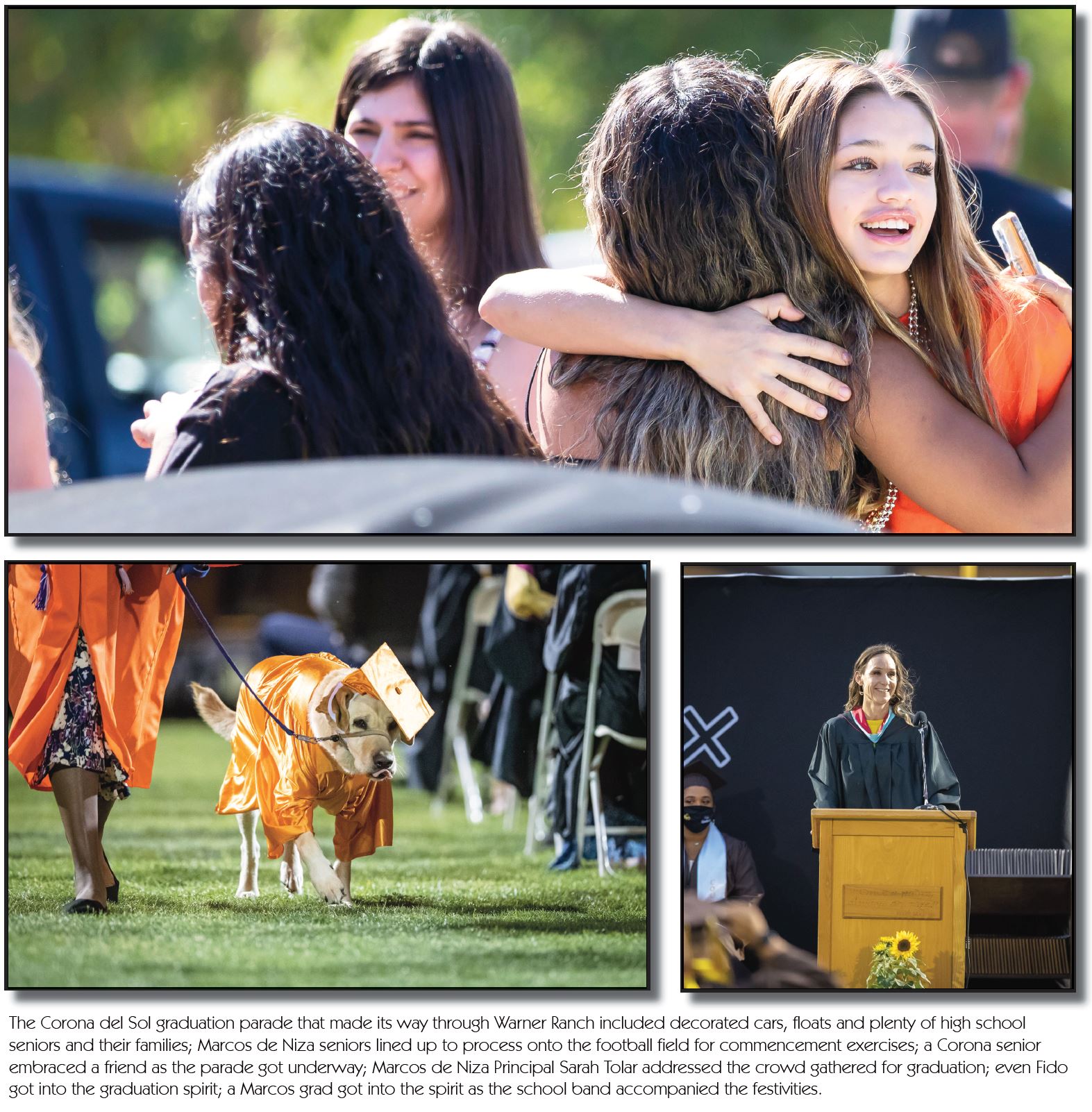 Three Marcos de Niza High graduates are on their way to higher education thanks in part to the generosity of Kiwanis Club of Friendship Village.

Shazeen Imtiaz, Grace Marker and Emily Saenz, who belonged to Key Club at Marcos, applied for scholarships offered by Kiwanis. Every year, the club awards scholarships to deserving senior Key Club members based on leadership, academic accomplishments and service achievements.

Thomas Rosenthal of Kiwanis served as the Key Club mentor. He described the three scholarship winners as “very articulate. They sounded like they were going to be successful.”

Imtiaz was awarded a $1,000 scholarship and will attend Arizona State University Barrett Honors College in the fall where she’ll study biochemistry.

She’s hoping to pursue a career as a primary-care physician or health-care researcher.

Stephanie Attridge, a math teacher at Marcos, who is Key Club advisor, said Imtiaz is “one of the most amazing board members I’ve ever had. She is in all honors courses and advanced-placement courses and still manages to pull off an exemplary GPA.”

Marker, who received a $750 award, said she is “beyond grateful” to receive the scholarship “from such an amazing club.”

“With the help of the Kiwanis Club, I will be able to further my education and give back to the community,” Marker said.

Marker plans to study criminal justice at Northern Arizona University and said she is grateful for Kiwanis Club and Key Club and the impact they had on her character and leadership skills.

“She has just really superior organizational skills and she’s excellent as far as collaboration and leadership with adults and peers alike,” Attridge said.

“She’s done a couple of murals at Marcos that are just really beautiful and she loves helping other people,” Attridge said. “She’s a very compassionate, caring individual.”

Saenz will be the first n her family to attend college. Rosenthal said Kiwanis Club members were impressed by Saenz’ aspirations.

“We thought what our scholarship would do is give her confidence that someone believed in her, that she could make it,” Rosenthal said.

Awards of $1,000 go to each scholarship recipient that can be used toward tuition, books, campus fees or other college-related expenses for the 2021-2022 school year.

The organization, celebrating its 15th anniversary this year, is an all-volunteer group of community members and school guidance counselors that raises funds through individual donations, special events, partnerships and grants.

Since its inception in 2006, the chapter has awarded $418,000 in scholarship funds to TUHSD graduates. Many of the scholarships are tribute or memorial grants, funded by friends and family. Two major donors – the Janis Chapman Merrill Foundation and the Tempe St. Luke’s Medical Staff – have provided significant financial support for the chapter’s scholarship program.

During the school year, TDFS board members provide a mentorship program that supports scholarship recipients as they transition to higher education. The chapter provides assistance to classroom teachers and scholarship counselors who request scholarship application assistance with their students and also offers support to donors for fund-raising initiatives.

Students apply for the awards online and can also can apply for additional scholarships promoted by Scholarship America.

Community members interested in contributing to TDFS or establishing a scholarship should contact Nori Cannell Zavaleta at noricannell@ gmail.com or Dianne Welling at dwelling@ tempeunion.org.

Many Tempe Union High School District 2021 graduates won honors and scholarships, including Jared Grissom and Peyton Burnside, pictured below. Be sure to check out our upcoming special Graduation 2021 edition! 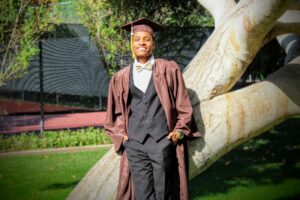 Jared Grissom, Marcos de Niza Class of 2021, is enlisting in the Navy to serve as an Information Systems Technician. He was active in Student Council, Best Buddies, JROTC and homecoming king runner up. He was All City in volleyball as received the Joe Selleh Award. He maintained a 3.7 GPA while being involved in sports, clubs and working a part-time job. He spoke at graduation, encouraging classmates to “put their stamp on the world. .. to keep pushing forward in the future no matter the triumphs they might face.”  In his speech, he reminded his classmates that “everything you want out of the approximately 100 years of life you have, is dependent on the choices you make in this world.”  He wants his fellow graduates to be bigger than just high school. He wants them to put their stamp on the world. 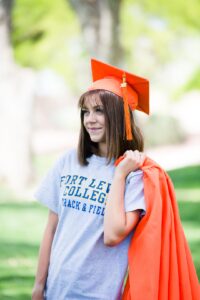 Peyton Burnside, Corona Class of 2021, was senior class president and very involved in student activities. She won both academic and athletic scholarships to college and will attend Fort Lewis College in Durango, Colo., where she will run cross country and track. She will major in psychology with minors in Spanish and business. She plans to get a master’s degree in counseling. “I’m so excited for this opportunity and think it will be a great opportunity for me,” she said. 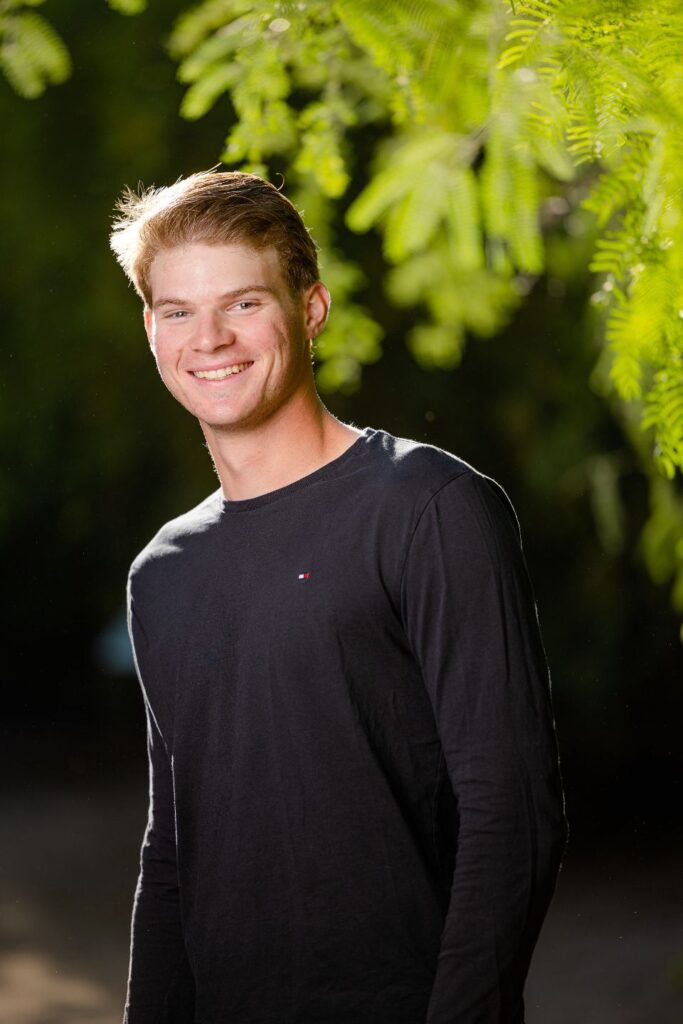 Jackson Doren, Corona Class of 2021, will be following his heart (and fishing pole) to Flagstaff to study forestry at Northern Arizona University. He is considering careers in conservation or firefighting. His love of fishing was solidified last year, during the pandemic he could be found at several local fishing spots, practicing social distancing. He played baseball for the Aztecs all four years of high school, worked part time at Tommy Hilfiger, and this year received the Joe Selleh Award from the baseball team. He also won the Senior Class Clown Award.