Smoke billowing from last month’s derailment on the iconic Salt River Union Pacific Bridge was considerably heavier than what Harry Mitchell recalls from the steam locomotives that powered trains across it during his youth.

“I remember that bridge because my dad was an engineer for Southern Pacific for 34 years,” said Mitchell, an iconic figure himself in Tempe history. “I remember crossing that bridge on trains many times because we used to take the train to California and back East.”

Michael Monti had different memories, noting that he never crossed the bridge, not on a train and certainly not on foot. “My mom put the fear of death in me in doing something like walking across it,” said Monti, whose family also played a significant role in the city’s 20th-century history.

“Now, I wish I had.” He does remember helping a friend yank his stuck 1968 Oldsmobile out of the sand in the riverbed under the bridge.

“My closest brush with an unruly keg party,” Monti said.

Anyone who has lived in Tempe for any time likely has a story about the bridge, built in 1912. While neither Mitchell nor Monti went to the scene after learning of the freight-train derailment on July 29 that caused heavy fire and smoke and destroyed the southern end of the structure, they said news of the tragedy stirs memories. 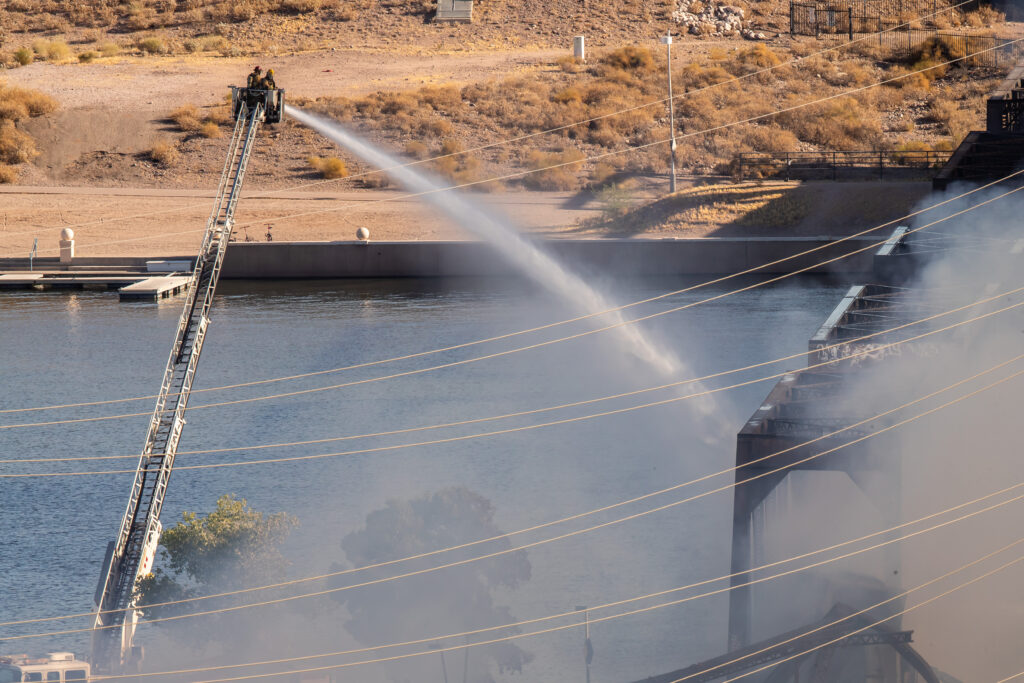 Union Pacific on Aug. 2 blew up the unstable southernmost 150 feet of the bridge and plans to rebuild it.

The structure, built the year Arizona became a state, has stood through floods that destroyed three previous bridges on the site. It weathered massive floods in 1978 and 1980, when it, the Mill Avenue Bridge and Central Avenue Bridge were the only Salt River crossings in the Valley that survived.

His son, Mark, recently ended an eight-year run as mayor. A large statue of Harry Mitchell stands just off Mill Avenue, next to City Hall and the other buildings comprising the Harry E. Mitchell Municipal Complex.

“When we built Kiwanis Park, that little bridge that crosses near the lake was symbolic of that railroad bridge,” Mitchell said. “There’s one part we never finished from the master plan…There was a stream that was going to go underneath that bridge into the lake but it never was finished…it was inspired by the railroad bridge.”

Mitchell says Tempe was founded where it is because it is the narrowest point along the river, where Charles Trumbull Hayden operated a ferry in the 1870s that carried passengers and cargo when the water was high. The crossing was so important to the settlement on the south bank, in fact, that it initially was named Hayden’s Ferry. The butte was a landmark that guided travelers to the narrowest point to ford the river when water was low and safe to cross without a boat.

Also, with the butte nearby, there is bedrock, which proved helpful in securing bridges years later. 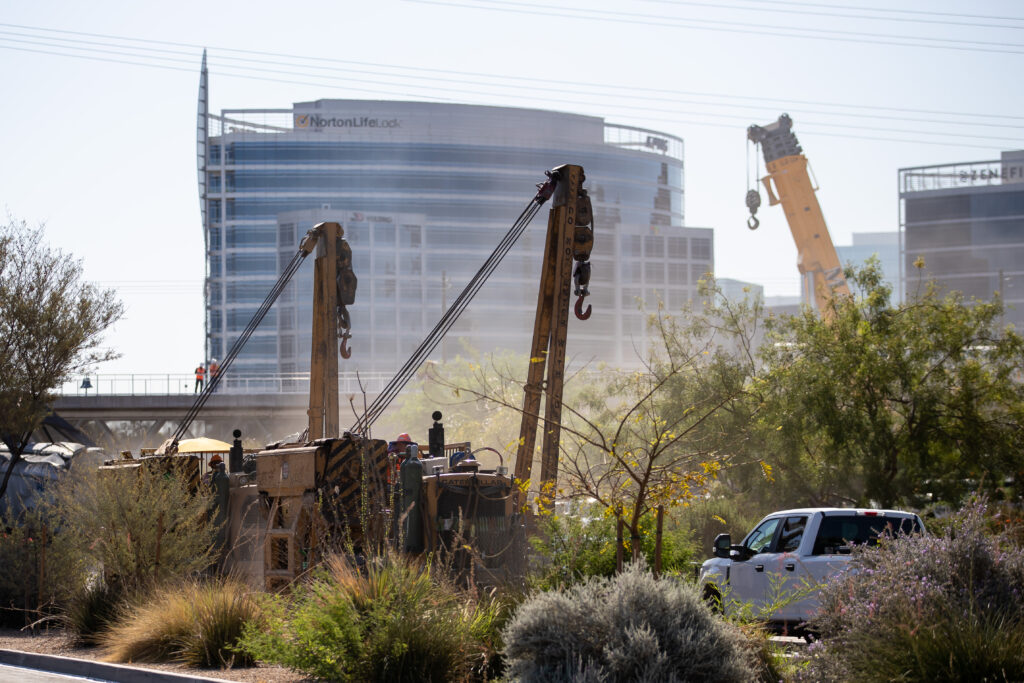 “That’s why you have those five bridges there so close together – the railroad bridge, the two Mill Avenue automobile bridges, the old Ash Avenue bridge and the light-rail bridge over the Salt – because there’s bedrock,” Mitchell said.

For nearly six decades, Monti’s family owned Monti’s La Casa Vieja restaurant on Mill on the southern bank of the river. The historic adobe building was built in 1873 and was the home of Hayden and his wife, Sally.

Their son, Carl Hayden, was born there in 1877. Carl went on to become one of Arizona’s most beloved politicians, serving in the U.S. House for 15 years and then in the U.S. Senate for 42 more. Monti’s dad, Leonard, bought the building in 1954. In 1984, it was placed on the National Register of Historic Places. Michael Monti, 53, took over the family restaurant in 1993. It closed in 2014.

The city has restored 11,000 square feet of the Hayden House at Monti’s behest. Missing is the memorabilia from the Monti years. It no longer resembles the building that patrons of the restaurant knew. The railroad bridge is easily visible from the building.

“Definitely, that bridge was another fixture of life in downtown Tempe, especially for those of us who grew up around there before Tempe Town Lake,” Monti said. “It is easy to forget that the railroad was the equivalent of the airlines and the interstate highway rolled into one. It was the lifeblood of commerce, what the railroad could bring you and where it could take you, before the age of the automobile and the airplane.”

The Montis had two large framed photos of an early 1900s Salt River railroad bridge collapse on a wall in the restaurant.

“Those were always fascinating to people and it seemed like an inconceivable disaster,” Monti said. “It seemed like something that could happen in the Old West, and now here it has happened again today.

“If you had anything shipped to you, if you had any supplies coming, if you had any family coming, they probably came over the bridge and you would go down to the train station, which became Depot Cantina. It was a big deal.”

During the 1980 flood, Amtrak ran a shuttle train across the railroad bridge from Mesa to Tempe to Phoenix dubbed the “Hattie B” – in honor of then-Gov. Bruce Babbitt’s wife.

“All those other bridges, even the freeway bridge, were sinking,” Mitchell said. “How in the world do they build a bridge in sand without a bedrock?”

Monti said the traffic bottleneck on Mill over the bridge nearly put his father out of business.

“He was in a terrible mood for months because nobody would want to drive down to the restaurant when the whole area was absolutely strangled with traffic,” Monti said. “I have a vivid memory of the promise of the relief of that commuter train over the railroad bridge to ease traffic. That was very welcome to our family.

“They stopped building Mickey Mouse bridges and figured out how to build a bridge that wouldn’t wash away when there was actually water in the river. And now we have light rail. The Hattie B was kind of ahead of its time.”

As was the 108-year-old iconic Salt River Union Pacific Bridge.