Mark Moorehead and Lynda Exley might have been described during their days in Tempe as the typical Valley success story. He a well-recognized adjuster for USAA high-value insurance claims, she a doctoral-degreed writer/editor, including a stint editing sections of Wrangler News. Their son, Michael, grew up in Kyrene schools and graduated from Corona del Sol, later himself to travel along his mom’s educational pathway to become a PhD nuclear engineer.

So their home in Pecan Grove Estates seemed the perfect environment in which to spend their future days in retirement, a time not far from becoming reality.

Only a couple of problems: The area’s growing congestion, the summer heat, the increasing demands on the leisure time of friends and family—all formed the talking points for an ongoing discussion about the possibilities of relocating to, well, a better place.

What emerged within the ensuing months was the couple’s decision to buy a home in Sedona, visit it regularly for the foreseeable future and then, when the time for retirement finally arrived, to move there permanently. 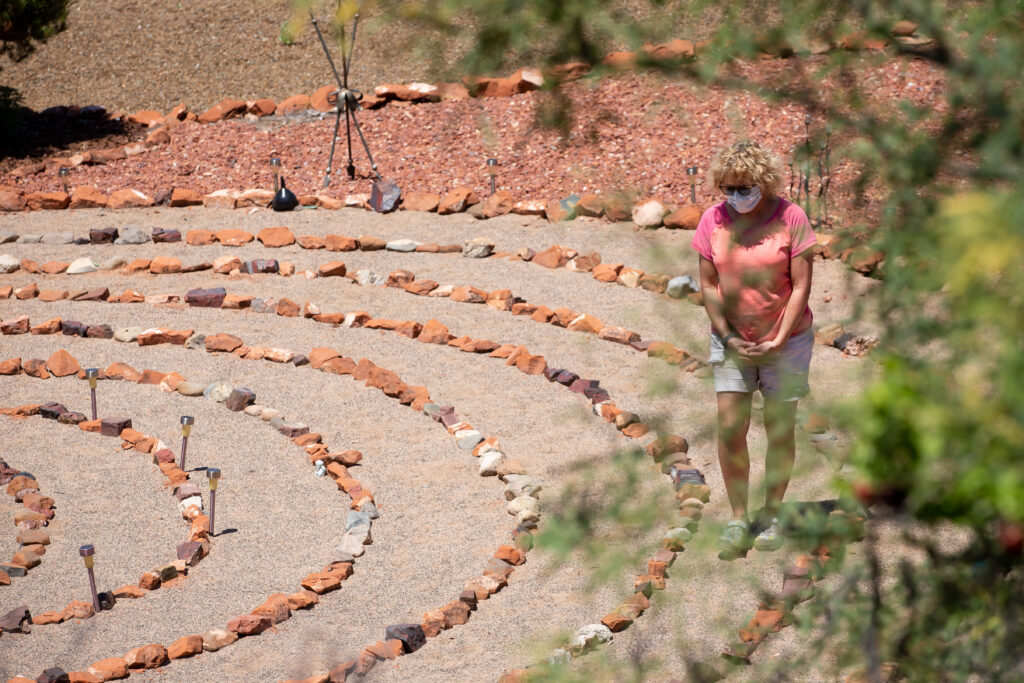 And so it has been for a nearly a decade now. The couple commuted to the Village of Oak Creek for the first five years, home to their weekends-only visits, then to a rambling ranchstyle home with a breathtaking red-mountain view. Which is where they now live full time.

So how have these past few years been? Have they missed the energy, convenience and big-city lifestyle they left behind?

Moorehead has to pause a moment while he ponders an answer.

“Well, we miss the Pollack discount movies, the quick and easy access to healthcare—and Yupha’s Thai restaurant.” He laughs. “Really, there are some things you just don’t ever get used to not having,” he admits.

In the place of those familiar underpinnings, however, have come new favorites. “The friendly atmosphere of a small town, the pleasure of a slower lifestyle, the freedom from bumper-to-bumper freeway traffic, even the dark-sky rules that open a nightly panorama of star-studded heavens overhead.

It was the latter, though, that seemed to provide the best glimpse of what is perhaps Sedona’s most inviting phenomenon: a sense of what both Moorehead and Exley see as an environment that wraps its residents in a blanket of communal beneficence, not to mention what they consider a oneness with nature.

Moorehead became so enamored, in fact, of the area’s efforts to retain its natural beauty that soon after relocating he ventured out to several environmentally focused volunteer groups such as Keep Sedona Clean that works to minimize litter; another involved with reducing light and noise pollution; and yet another that helps guide Yavapai County’s future growth.

In his resultingly limited spare time, Moorehead made new friendships, joined hiking groups, developed an interest in gems and minerals; even explored the remote, antiquity-laden hideaways that once had been home to the pre-Colombian Sinagua Indian tribe and its remarkable cave dwellings.

Lynda, in the meantime, became an increasingly avid student of Sedona’s legendary vortexes, described as swirling centers of energy that are said to be conducive to healing, meditation and self-exploration.

Like other devotees, she says she feels inspired, recharged and uplifted after experiencing the mysterious cosmic forces that are said to emanate from the red rocks. So much so, notes Moorehead, that they constructed a rock-encircled therapeutic garden in which they relax, meditate and ponder the wonders of their new world. A far cry, it goes without saying, from the bustle they left behind nearly a decade ago.