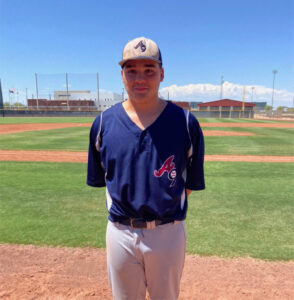 The Tempe Union High School District’s virtual town hall meeting generated a wide array of commentary, as seen on the Keep Our Kids in School Tempe Union Facebook page. No parent or student representatives were allowed to attend the meeting, but hundreds watched it unfold via the district’s YouTube channel.

Lori Bastian, a school board candidate and the mother of three Corona students, was one of those who took in the 40-minute forum.

“I thought the information was a good start, but I was surprised it didn’t last longer so they could answer more questions,” Bastian said. “I heard from many parents who said many of the questions they asked weren’t addressed, leaving many of us frustrated. I’m hoping that the communication between the district and parents improves substantially.”

Bastian thinks the district’s plan to have learning that heeds each school’s bell schedule will be more engaging and will push students to get up early and participate. “Families with multiple children could find it challenging accessing the internet all at the same time, though.  Not to mention having that many devices available.”

Megan Sterling, executive director of community relations for TUHSD, said that prior to the closure of schools in March, the district distributed about 2,400 laptops to students in need.

“During the past few weeks, we have been in the process of having the laptops returned and checked in, so they can be re-imaged, updated and ready to go for the 20/21 school year,” Sterling said. And, she noted, this year’s incoming freshman class will receive laptops they are to use while they are TUHSD students.

“We’ll do this on a rolling basis for the next four years, so that by the time this group of incoming freshman are seniors, every student in TUHSD would have their own district-issued device,” Sterling said.

Jon Ladd’s son Kobe, who is autistic, will be a sophomore at Corona this year.  Ladd says the high school experience for Kobe has been a positive one so far. “He got all A’s and B’s in the classroom for the first time in his life. He was a starter on both of the football and the baseball teams. He was invited to birthday parties for the first time in his life and even took a date to the homecoming dance,” Ladd said.

Once school was suspended last spring due to the pandemic, things started to fall apart and “all of those great relationships he had built went dormant until club baseball and high school football workouts started this summer,” Ladd said.

“I don’t think I realized how down he was mentally until I saw how happy he was to have his friends back. This is where the town hall came up short for me.”

Ladd said it’s common knowledge that autistic teens require structure and routine in order to function in life. “The district still has given us no idea of what it will take for them to feel it is safe enough to return to school,” Ladd said. “If they at least told us the rules or guidelines that would allow school or keep us at home I could make an informed decision on what is best for my son.”

TUHSD Superintendent Kevin Mendivil noted at the meeting that the pandemic is a fluid situation and the district’s plans are subject to change. If the start of in-person instruction is delayed, classes will continue in the online until students are allowed to return to campus. Arizona schools chief Kathy Hoffman, in a press conference July 15, said she is “not optimistic” about an Aug. 17 start date for in-person instruction.

Online learning, however, would be impossible for Kobe, Ladd said. “He is up past midnight most days during regular school just to keep up.” Kobe goes to school early many days to seek help from teachers on the material he doesn’t understand.

Ladd says he does worry about Kobe getting the virus or bringing it home to him, but there are inherent risks with both online and in-person instruction. He says each family’s situation is different and each needs an opportunity to decide what’s best. With a relatively low risk of death from COVID-19 for those under age 20, in-person instruction is a chance Ladd is willing to take for Kobe’s sake.

“The risks of him not being able to support himself if he doesn’t complete a high school education are extremely high.”

Bastian pointed to the Oct. 1 start date the Arizona State School Board is advocating.

“I’d like to know why the governing board members picked that date. It seems arbitrary and premature to push the start date out that far for on-campus learning,” Bastian said.

“The whole discussion has become highly politicized and divisive. Instead of listening to their whole community and working towards a compromise, many Arizona governing board members seem determined to divide the community.”

Governing board members, she noted, take an oath to be non-partisan. “I pray that we can eventually unite and come up with solutions that will work for everyone.”

Ladd said he’s still not sure what path he will choose for his son. He’s considered sending Kobe to a private school but he doesn’t want to take him away from his friends. Then there’s the significant financial cost of a private education.
“My son has big plans to be a college baseball pitcher. He works four hours a day to achieve that goal and stays up past midnight multiple nights a week to maintain the grades it will take to get there. I just wish we had the information to make the educational decisions we need to make,” Ladd said.

About 2,700 students attended Corona last year. So far, about 600 are signed up for the online learning model at the school.

Some 1,400 students attend Marcos last year. At press time, 267 were signed up for Tempe Union Online. All TUHSD students will attend class virtually during the first weeks of school.