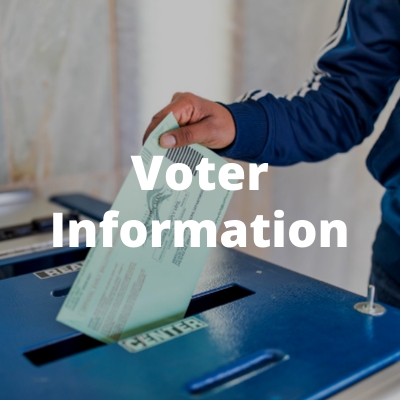 Editor’s note: As the plethora of signage populating street corners attests, we’re in the midst of an election year. In addition to races for U.S. Congress and posts for state­wide offices, Chandler will hold its city council election Tuesday, Aug. 4. Six candi­dates are vying for three council seats, including one incumbent, another who was appointed to serve and one other who is a former city council member. Wrangler News asked each candidate to submit a statement and photo. The following article is a compilation of what was submitted to our office.

Beth Brizel has lived in Chandler for 25 years and said she wants to utilize her experience and knowl­edge gained from more than 17 years as a small business owner, four years on the Kyrene Governing Board, and 25 years of community involvement.

“Chandler needs to ensure we continue to have sound fiscal policies—especially during the COVID-19 cri­sis,” Brizel said. She also wants the city to “expand public-private partner­ships, and provide a forum for open communication with all stake-holders.” Her main issues are public safety and schools; eco­nomic development; and neighborhoods and quality of life.

“My background as a small business owner, and over­seeing the Kyrene School District’s operational hun­dred-million dollar budget during the recession, en­ables me to understand the importance of balancing the needs of protecting core programs and services while being fiscally pru­dent,” Brizel said.

Christine Ellis, a native of Haiti, came to the U.S. at age 17 and has lived in Chandler for 30 years. A registered nurse with over 30 years’ experience, Ellis said her passion has always been to take care of the eld­erly and those in need.

Ellis has worked as an RN for many hospitals and fa­cilities and has held high level positions such as di­rector of nursing. She has received governor-ap­pointed positions on differ­ent boards representing assisted living homes. She co- founded the Haitian Disaster Relief of Arizona following the major earth­quake in Haiti where she worked to help the earthquake victims of her native country. She was nominated in 2011 by The Arizona Republic as “one of the top 10 most inspirational woman in Arizona” for her dedication to people in need. She is active in Chandler and currently serves on committees in the mayor’s organi­zation For Our City.

OD Harris is a U.S. veteran and entrepreneur who built a chain of 35 accounting firms across seven states before selling to a major competitor. He was recognized by The Phoenix Business Journal for his business acumen and says it is this type of budgeting experience the city of Chandler needs to recover from the effects of the pan­demic. “His commitment to public safety, neighborhood improvement and security is strong, particularly with the traditional neighborhoods in Chandler without HOA protections,” said campaign man­ager Brian Fox.

“OD will ensure that our schools are properly funded, that the goal of the 1:1 ratio of students with access to computers and internet is met, along with a commitment for continued support for suicide prevention and training for our schools staff and administration.”

Rick Heumann, who previously served on the Chandler City Council 2009-2016, said he plans to put his eight years’ experience to work. The one-time Chandler vice mayor said he brings

“expertise in dealing with the finan­cial implications of the past great recession as we enter into unknown territory with the Covid-19 virus.” One of his goals includes renewing his work with the Chandler Education Coalition that he started in his previous terms. “Also to make sure we are financially sound and make sure that city crucial services such as public safety are not disrupted,” Heumann said.

Jeremey McClymonds currently serves on the Chandler City Council and is seeking reelection. “I’ve learned that it will take vision and leadership to keep Chandler moving forward,” McClymonds said. “Chandler must prioritize in­novation in all aspects of our community. We should seek innovation in our economy and move government out of the way so industrious entrepreneurs can thrive.”

He said he also favors prioritizing resources for police and fire “so they can protect our communities and supporting stronger neighborhoods for our kids as they will inherit the future of Chandler.”

Mark Stewart is a current member of the Chandler City Council seeking re-election. He is a small business owner and a nearly 20-year resident of Chandler, having relo­cated to Arizona from the Midwest with his college sweet­heart in 2001. The couple raised their children in Chandler, sending them to schools in the Chandler Un­ified School District.

“I believe that it is important to place people above pol­itics when making decisions that affect us,” Stewart said. “We are in challenging times, and I am confident my ex­perience on council and business acumen will help Chan­dler find innovative ways to help all Chanderites recover from this crisis and build on our foundation of com­munity. Chandler leads on innovation, opportunity and I am committed to continuing to work hard to help Chan­dler thrive.”