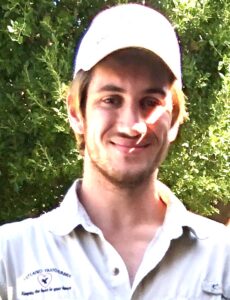 Rob Hartland decided to put the hammer down and complete his sustainability degree from Arizona State University in three years.

Hartland, 21, a Southeast Valley native, and two former high school buddies rent a home in Tempe conveniently located one block from Four Peaks Brewery. They all became legal this year. Yet it did not seem to impede academic progress.

Hartland is a former Eagle Scout. He came to ASU with credit from Ad­vanced Placement classes in high school. He’s a goal setter and time manager. He recently left ASU with his degree, as well as a certificate —essentially the same as a minor— in global energy, and a minor in parks and protected-area management. Thanks to a Provost Scholarship that covered roughly half of his expenses and parents who wisely planned and covered the other half, he left not only early but also debt free.

But now what? Amid the COVID-19 pandemic and a shaky economy that is bleeding jobs in many sectors, Hartland and thousands of other recent ASU grads are tossed into an uncertain world.

“It’s different, but you can’t ever really have an expectation of what the future’s going to be, anyway,” Hartland said.

Lorenzo Rios, also 21, just finished his junior year in criminal justice. He came to ASU from Los Angeles for that pro­gram and got into Navy ROTC, where he has selected the Marines option. He plans to be a pilot and will have a commitment to the service upon graduation next year.

“So I pretty much know what path I’m on for a few years,” Rios said. “I’m really grateful for this opportunity. I see a lot of kids struggling right now, wondering what’s next for them.”

Stories like Hartland’s and Rios’ are music to the ears of Brandee Po­paden-Smith, Arizona State’s director for career readiness. Among her missions is teaching students how to be nimble while negotiating a changing employment landscape; that there is more than one way to do things; and that those who graduate as Sun Devils have a culture of confidence embedded.

“Our message and the work we do is coming from a place of how to help our students focus on what they have control of and always making forward steps,” Popaden-Smith said.

That includes teaching students to build networks. That could include an active LinkedIn profile or connecting with potential employers.

“We’re making sure our students who graduate are very confident in being able to articulate in a resume, in an interview, when building a network or meeting new people that they know they are on the job hunt, and what they bring to table.

“We want our students really believing they have a quality skill set and a quality tool kit prepared through their time at Arizona State University, and that they’ve just got to pull out the right tools in the right situation. That’s embedded in the ASU culture.”

Hartland got a good dose of it at home, too. His mother, Christine, is an educator. Now. Along the way, she got a degree in marine biology (“really cutting up rat brains at University of Pittsburgh School of Medicine neurology physiology labs”), a law degree (“most boring thing ever”). She became an artist selling her paintings around Ahwatukee, an award-winning taxidermist because her son loves to fish and hunt, and is now a teacher of English at Valley Christian High in West Chandler.

She is an example of what Popaden-Smith is preaching to new grads.

“Where are the additional opportunities in different industries, different sectors, where your skill set is transferable?” Popaden-Smith said. “We try to help our graduates understand that maybe the plan was to pursue an opportunity in a particular industry or job function, but you might have to transfer into one that you may not have even considered that may be heavily hiring in a time like this.” 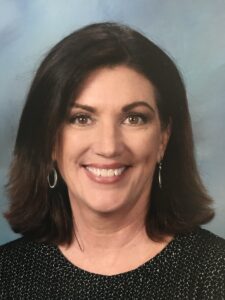 As an educator herself, Christine Hart­land attempts to teach adaptability and creativity to solve problems.

“Kids are going to have to now put that to use. It’s time for creativity,” she said. “I think they are less traditional today in their expectations, so that makes them more willing to be flexible. You can work for yourself. You can open your own business. There is a lot more entrepreneurial spirit out there. A lot of kids go a less-traditional route. They’re not looking as much to get with a corporate giant and stay there for 40 years.”

Rob Hartland said that he recently applied for a variety of jobs: air-quality monitoring, waste-stream management and environmental compliance.

“My ultimate goal is to build my own personal brand,” he said. “I hope to end up doing what I love and work off of

that enthusiasm, end up self-employed in something I’m truly interested in. If you’re somebody who has skills and motivation to work, you’re going to be fine.”

Popaden-Smith and those in her office are there for those who need a hand connecting with resources to start career paths.

“I would say to our recent graduates, ‘Don’t give up,’ ” Popaden-Smith said. “I guarantee you that as a graduate of Ari­zona State University you are prepared and supplied with a diverse and impressive background of experiences that absolutely are going to help you through difficult times like now and the really good times that I’m sure we will get back to. Stay open to new ideas and potential employment opportunities, even if they’re in a different sector.”