Humility: Is this the story behind Tempe’s enviable claim to livability? 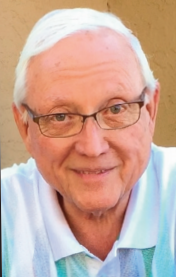 As reporters and editors, one of the lessons we learn early on is where to go for the information we need. While certain kinds of stories focus on everyday folks, the majority of what we write about involves talking with people at the top levels of management, whether it’s an established local company or a school or government organization.

And with the growing corps of media relations officers—PR people, in common vernacular—a lot of the comments we end up with are handed down from on high and distilled to make sure they’re accurate and articulated in a way that helps ensure the boss hasn’t stuck an embarrassing foot into her or his mouth.

So that is why we are fortunate to live in the community where we publish—the advantage of being able to interact on an everyday basis with ordinary Janes and Joes at a real in-the-trenches level.

In fact, that is exactly what happened one recent morning while I was navigating the neighborhood with Abby, my 4-legged 6 a.m. walking partner.

We stopped momentarily at the east end of Waggoner Park, where a lone city of Tempe worker was trimming broken branches from a tree that evidently had fallen victim to a mini-microburst that blew through the day before.

Although the tree appeared a bit sickly, the rest of the park looked like it could have been cared for by the landscapers at Buckingham Palace. It was so beautifully manicured, in fact, that I could not help but mention it to that early-morning, one-man work crew.

And that, as it turned out, provided an eye-opening look at how and why Tempe’s infrastructure seems to be so well maintained.

The answer, I learned, is owed to the behind-the-scenes oversight of someone named Ken Jones, who has a reputation for having maintained a quiet influence over this element of the city’s vast holdings for two decades, more or less.

Mr. Jones, we found out later from our always amiable Tempe media source Nikki Ripley, is not only chief financial officer but deputy city manager, as well — a role that I’d never before seen combined into a single job and just may be one of the reasons that Tempe’s parks, and likely other of its internal functions, operate so smoothly.

As the conversation with my new city-parks friend continued, I was struck with how a longtime employee at what some might consider a lower-echelon position had developed such a high level of respect, not only for his department but for those whose managerial acumen he felt had helped generate this kind of a working environment.

Whether my quick, barely post-dawn connection with this city crewmember offered a fully accurate picture of Tempe’s strategic plan for management, or simply one man’s view of the confines of his admittedly small workaday world, it upheld our nearly 30-year perception of quality leadership in the city we live in, work in and love.

One final note: When we asked Ms. Ripley if Ken Jones would like to comment on the thoughts of our new maintenance-worker friend, she said probably not. “I believe he would not want to be featured at all,” she replied. “He really is a very low-key, humble guy.”

Which perhaps is why Tempe understands that humility may be one of the ways a city can earn its employees’, and presumably its residents’, enviable loyalty.

Don Kirkland
Don Kirkland realized in elementary school that his future would revolve around the written word. His first newspaper job was with a small L.A.-area daily whose publisher demanded the kind of journalistic integrity that ultimately led him to be the admired press director for both a governor and a U.S. President. Don later was employed by Times-Mirror Corp. and, in Arizona, was executive editor of the Mesa Tribune after its purchase by a major East Coast chain. He founded Wrangler News 30 years ago and has dedicated his work to preserving the vital role of community newspapers.
Previous articleChandler doc beats the odds; recovery leads to best Father’s Day ever
Next articleDriven by passion for community, Marcos grad looks to future