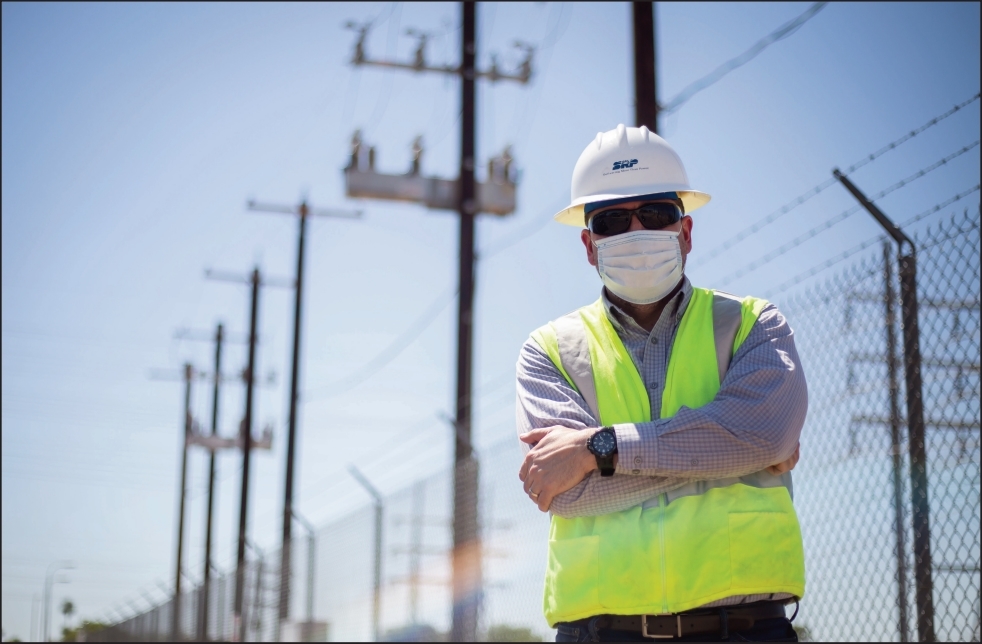 At a time when the degree of difficulty in providing electricity to Tempe, West Chandler and the rest of the Valley is about to increase, Salt River Project gets a chance to power up its resources, along with its ability to energize a workforce that’s spent years building its record of summer-season tenacity.

As triple-digit temperatures seem to arrive earlier and stay later each year, broiling heat, monsoons and now the effects of a global pandemic pose power-grid challenges for SRP.

Against that background, a reliable power grid is more important than ever across a sprawling metropolis that grows around the edges by a few miles each year.

Yet the lights stay on, for the most part. And when they don’t, SRP is trained to deal with such outages quickly from two operations centers, one for generation and transmission, the other for distribution.

“Even though the monsoon is kind of a summer issue, we prepare throughout the year,” Reynoso said. “We do a lot of drills, a lot of training. We look at analytics based on storm time frames. We look at day and time. Usually what we see here is night storms.

“We do a lot of ‘hardening’ of the system. What I mean by that is we have proactive maintenance programs before storm season where we do replacements or change-outs as needed. A big thing is we also reinforce standards and operating procedures.”

Preparing the system for the onslaught of summer heat is the job of Chris Hofmann, 47, who oversees transmission operations and this year is heading into his first summer with SRP after years with other electrical utilities in the West.

Hofmann’s team spends the off season preparing for the effects of triple-digit heat. System upgrades are made. Cooling towers, substations and other equipment that gives SRP the ability to ramp up generation for increased summer load are inspected and maintained.

SRP’s electric generation is complemented by power from a diverse portfolio of sources, including the Palo Verde Nuclear Generating Station. SRP also has the ability to purchase additional electricity for need from other sources, according to Hofmann. 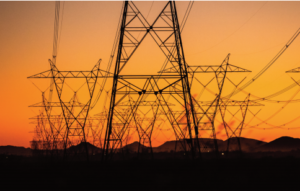 “At the end of every summer, utilities take a look at events that occurred,” Hofmann said. “SRP especially is working ahead of time, looking at anything that might cause a threat to a generator or to transmission. We’re out there making sure that everything is ready. The last thing you want in the summertime, in our harshest environment, is to have something happen.”

That might entail doing line patrols, pole by pole, looking for a tree brushing into a line or for a cracked insulator.

There is heightened vegetation maintenance around towers, poles and lines after a spark triggered devastating wildfires in Sonoma County, California. SRP is removing automatic-restoration schemes. When an event happens on line, a breaker will close. Sometimes with automatic restoration, sparking can occur.

In SRP’s Distribution Operations Center, each work station has four monitors, displaying specific characteristics of the system. When an outage occurs, “smart metering” detects it even before calls begin to come in. A troubleshooter is dispatched to assess it.

“During storm season, it is just remarkable how this team responds,” Reynoso said. “We have some very good, experienced individuals in here who work in a collective manner to meet customer needs.”

The on-scene troubleshooter determines if the outage is as simple as replacing a fuse quickly, or whether a job order for a maintenance crew is needed. The goal is to beat the average down time of 4 hours.

Wind, lightning, rainwater seeping into underground lines are the leading causes of outages.

This year, with the COVID-19 pandemic, SRP is taking measures to protect the health of those who staff its operations centers.

“Yes, we manage the system, make sure power is secured, but we need those people in those desks,” Reynoso said.

Mask-wearing is mandatory. Safety glasses are worn. Social distancing is practiced. Plexiglas barriers are going up between work stations. Employees are tested weekly for the virus. Each operations center receives a deep cleaning every 12 hours. Outsiders are not allowed in.

“We’ve isolated all of these control centers that are critical operating areas,” Hofmann said.

Reynoso added, “We know that storms are around the corner but we do want to put employee health and well-being at the forefront.”

In Hofmann’s Transmission and Generation Operations Center, which also is staffed 24/7, voltage changes or load increases are red flags on the system.

“Say there’s an issue with a line. We can reroute around that event to minimize the impact to customers,” Hofmann said. “We can make a switch manually while making repairs at the same time. It’s fascinating how many items these system operators are monitoring at a time. They’re critical to operating the heart of the system. It’s almost an art form.”

From a falling snowflake in the high country’s winter, through meltdown into the lake system that provides not only drinking water to the Valley but also hydroelectricity, to the flip of your blender switch to prepare a cool beverage for poolside consumption on another blistering day, SRP’s performance in delivering electricity is expected and taken for granted.

And that’s just the way SRP wants it.