Even before business owners began to face the full, staggering reality of an economic downturn, Chandler Chamber of Commerce President/CEO Terri Kimble had both eyes squarely on what the future might hold.

Discussions were underway with the general manager of 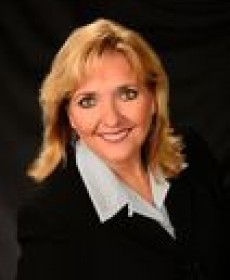 Nordstrom, whose local and nationwide store closures hadn’t yet been sighted on the radar. She was already helping Harkins theater management plan its innovative takeover of another Chandler Fashion Center anchor, the departed Sear’s store.

And her efforts were going at warp speed to help guide planning for a new-concept business, Backlot, in the site formerly occupied by Dolce Salon & Spa.

While all the upheaval can indeed be worrisome—and rightfully so—Kimble insists it represents a transitional period that has been in the works for some time.

“Companies are changing and reinventing themselves,” she said. And because Chandler Fashion Center maintains such a high-profile footprint in the area, what happens there doesn’t go unnoticed.

However, she says, “People shouldn’t panic,” referring specifically to the recently announced Nordstrom’s closing. “This was a decision made on a nationwide level, not aimed uniquely at the Chandler market.”

Although certainly the current pandemic has accelerated awareness of a changing business environment, Kimble notes that other factors have been occurring out of view of the general public’s mindset.

And, despite the challenges faced in this changing environment, Kimble insists she is not alone in trying to visualize a newly reconstituted future.

“Online shopping is changing the way we do business, and (Chandler mall) is working diligently to keep up with those changes,” she said.

One of Kimble’s partners in the revisioning of local business has been David Moss, Chandler Fashion Center’s general manager.

“We have been working very openly with David, including on such issues as when Gov. Ducey announced via an executive order that retail could reopen May 4, with restrictions,” she said.

“This is something we’ve been working on weekly, and involving David on a more personal level  to help make sure that when stores reopened, we all could be confident they could reopen safely.”

So far, Kimble said, the chamber has watched—and helped advise—how business owners add online ordering or curbside pickup or home delivery. “Even if they didn’t have those services before, they learned how to switch to them.”

And, she adds, changes made now can help those businesses be even stronger in the future.

As to following the sometimes complex pathways to applying for government loans that can help them survive, Kimble says the chamber continues to host weekly call-in opportunities with various experts.

“We aim people toward SBA lenders; we had a session involving a representative of a small business development center who talked about ‘now that you have this loan, where do you go next?’”

One more upcoming session will involve a long-experienced human resources director, another a certified public accountant offering advice on the tax deadline extension to July 15 and what it means to businesses.

“We’re working all the time with state and federal officials,” advises Kimble.

Ironically, though, in spite of “all of the fabulous, available programs,” Kimble says, chambers of commerce have not been able to take advantage of them because they are classified as 501(c)(3) nonprofit organizations.

“Our funding comes 100 percent from our membership. It means we can still be on the front lines, in the trenches. And that, she says, is what’s “really important as we move forward.”