Amid a fair amount of civic and media hoopla—some of it written in these very pages by yours truly—Tempe Public Market Café opened in January 2018. Last week, two years almost to the week after it opened, the place has closed.

“It is with the heaviest of hearts that we make the following announcement. Effective today January 17, Tempe Public Market Café will be closed. This was not an easy decision and we cannot express our gratitude for every person that has supported us on this journey. We have seen great success here, however this was the next leg of our journey. Our team is continuing to grow and pursue other opportunities, stay tuned for more to come. We love this community in South Tempe and we are grateful to have been part of its growth.

“All the best, The Tempe Public Market Café Team.”

Back in 2018, folks were optimistic, not only about the prospects for the trendy new spot, a spin-off of downtown’s stylish and successful Phoenix Public Market Café. Both initially were under the supervision of chef Aaron Chamberlin, also the mastermind of St. Francis on Camelback near Central in Phoenix.

There was also high confidence that a similarly crafted South Tempe location would significantly add to the area’s caché, not only with an appeal to foodies but as a gathering spot for the neighborhood’s upscale dynamic.

“It’s OK if we compare what’s happening in South Tempe with what happened to Arcadia,” opined Tempe resident and booster Matt Smith at the time. “It was expensive to live there, but nobody knew why. When LGO [hip upscale eatery La Grande Orange, at 40th Street and Campbell in Phoenix] opened, it profoundly affected the area economy.”

Flash Santoro, at the time a marketing representative for a nearby sporting- goods store, also chimed in about TPMC’s location:

“They’ve redone the corner, and it’s going to be a great change for the community. We’re hoping it will create some synergy with the other businesses around here. It should be fantastic.

Seemingly fulfilling Smith’s assurance that “all the not-in-my-backyard types will line up” for the new location, the place continued to climb in popularity. However, a remodel, other décor readjustments, revisions to the menu and management and ownership shifts, it appears the owners may have felt overwhelmed and agreed to
a sale.

So what comes next for the snazzy building at 8749 S. Rural?

More of the same, evidently. It has been reported reliably that the building will be taken over as a new location of Postino, the popular wine bar, sandwich, soup and salad chain that started in the Arcadia area in 2001 in an old post office (hence the name) and now has locations around the Valley as well as in Denver and Houston.

As to official reaction to the anticipated Postino takeover of the site, Tempe Councilmember Jennifer Adams said a new iteration of South Tempe’s dining-and- socializing scene should be well received.

“It will be great to welcome Postino to the area and enjoy time there with my family and friends.

“I am grateful to the owners of the former Tempe Public Market, too, for breathing new life into this corner and showing that south Tempe can support a neighborhood restaurant.”

The sudden and unexpected departure of Tempe Public Market Café suggested to some that the seemingly profitable enterprise may well have run into financial difficulties.

Not so, suggest those in the know. 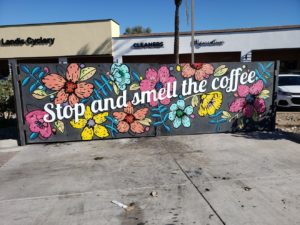 Here is what is said to have actually happened: Postino’s, a popular upscale food and wine bar with restaurants in three states, reportedly became frustrated by the intransigence of nearby property owners involving Postino’s proposal to develop a new location on the long- vacant northwest corner opposite the existing Tempe Public Market.

Frustrated with delays, said a city of Tempe source, Postino’s devised an alternate strategy: Offer to buy the up-and-running Public Market, rename and convert it.

When the management of Public Market became aware of Postino’s possible offer, the timing seemed perfect. The restaurant’s soaring popularity had started to drain the owners’ personal and family time. A takeover might provide the perfect way out.

And so the deal was done.

City officials report that applications have been filed for the needed permits for revised management and the new Postino’s is on a fast track to open.

In the meantime, said the same city of Tempe source, yet another proposal for the disputed corner appears to be nearing fruition, again from a fashionable dining establishment. Like the original Postino’s project, it too would require a zoning exception.