Three Tempe residents—two adults and a recent high school graduate—are this year’s representatives of the legacy and spirit on which the city’s foundations were built almost a century and a half ago.

Christine Busch, superintendent of the Tempe Elementary School District and a longtime community leader, has been named the 36th recipient of Tempe Community Council’s Don Carlos Humanitarian Award, the city’s most prestigious distinction.

Busch and the other awardees will be recognized at the 2019 Don Carlos Humanitarian Awards ceremony and dinner Wednesday, Oct. 2 in Tempe.

The award, presented in partnership with Salt River Project, honors individuals recognized for making Tempe a better place to live through impactful and lasting work that addresses human services needs in the city.

Busch has served as superintendent of the Tempe Elementary School District—home to 12,000 students—for the past eight years and has a long history of advocating for education and community involvement.

“Christine Busch has made it her mission in life to inspire excellence, encourage innovation and create a better tomorrow for children in Tempe,” said Nathanael Pretlow, board president of Tempe Community Council.

“Whether advocating at the statewide level, collaborating with local partners or working behind-the-scenes to ensure that a student in need has a new pair of shoes, Christine works tirelessly on behalf of children, families and our community,” Pretlow said.

“TCC is proud to recognize Christine as the 2019 Don Carlos Humanitarian of the Year.”

Busch’s education career has included a variety of administrative positions as well as roles as a speech and language pathologist and a general education and special education teacher in kindergarten through 12th grade.

During her tenure as superintendent, Busch has worked to rebuild a district grappling with budget issues and school closings. She committed to reopen and repurpose every affected school and also build new schools to enhance the community.

Under her leadership, the district passed a capital override, maintenance and operations override and $165 million bond. Busch also led the district, in partnership with the city
of Tempe, to house high-quality preschool classrooms as part of the Tempe PRE pilot program for 360 of Tempe’s most underserved young children.

In the community, Busch has taken on a wide range of leadership roles, including current board positions with Tempe Impacts Education Foundation and the Arizona Business and Education Coalition.

As a member of the East Valley Superintendents’ Cohort, she helps mentor new superintendents. In addition, she currently serves on the Tempe Mayor’s Community Roundtable, My Brother’s Keeper Committee and Read On Tempe Committee. 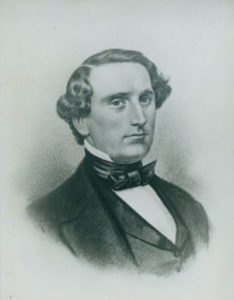 The Don Carlos award is named after Tempe’s founder, Charles Trumbull Hayden, who was known affectionately by Spanish-speaking pioneers as “Don Carlos.”

Bernadette Coggins, recipient of the Impact Award, and Brooke Schmidt, who will receive the Young Humanitarian Scholarship and Award.

Coggins has shown a longstanding commitment to improving the lives of others in Tempe and beyond.

She currently serves as a member of the board of directors for E3 Africa and of the Diversity and Inclusion Committee for the Tempe Union High School District. She also was president and a governing board member in the Kyrene Elementary School District.

She has been deeply involved with the East Valley Women’s League and the Tempe Coalition, a TCC program that increases awareness of substance abuse among Tempe youth.

A longtime advocate for children with dyslexia, Coggins has worked at state and local levels to support families and enhance screening and intervention.

Schmidt, a Corona del Sol High School graduate, is being recognized for her leadership at school and in the community, with roles as varied as manager of the JV basketball team, volunteer and fundraiser for local nonprofits, and advocate for boosting voter registration among her peers.