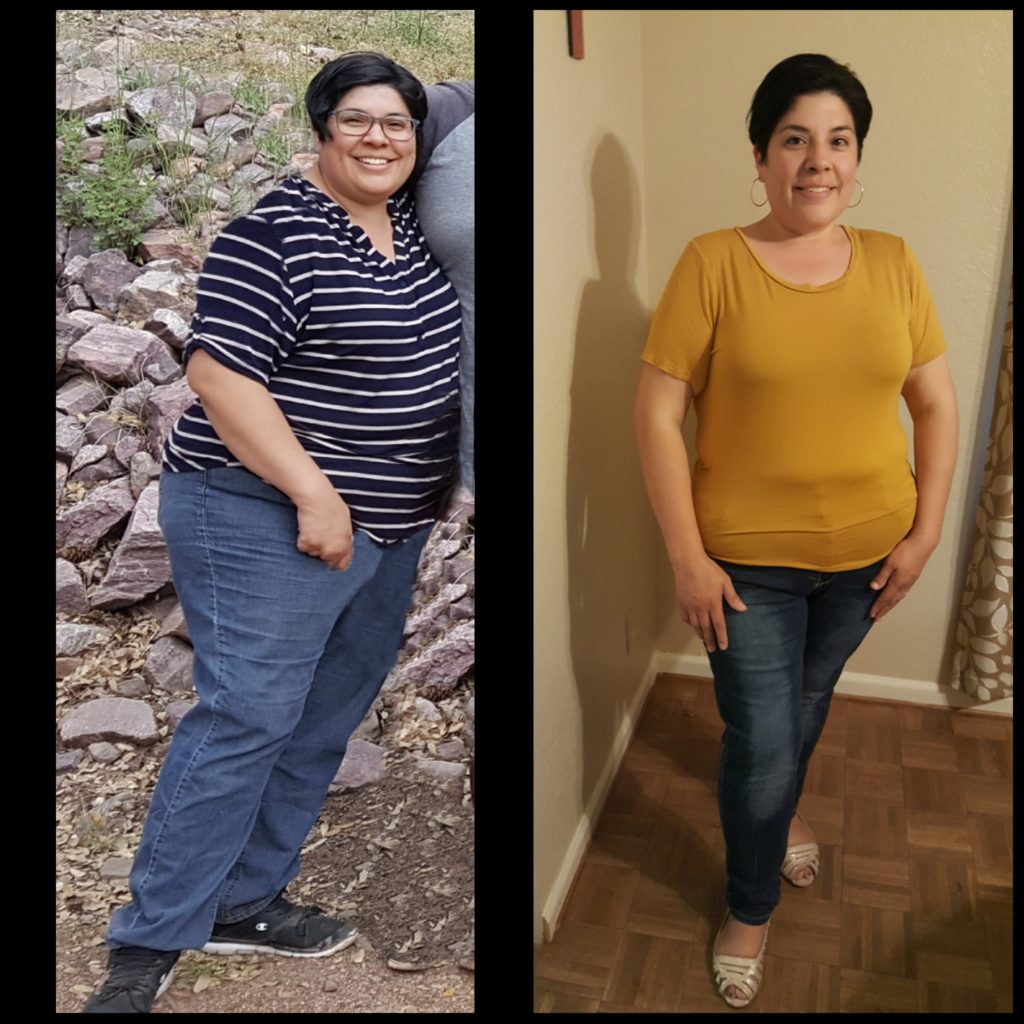 “I was always a big girl—since my teens,” says Chandler resident Janet Castro. Things have changed for Castro now, though: she’s lost more than 60 pounds in just one month.

“There came a point where I thought, ‘I’m just going to go on and do this thing,’” Castro says, referring to the life-changing bariatric procedure she underwent in early May. She’s quick to add that the surgery, and her efforts before and after, are not a quick-fix.

“This procedure isn’t a miracle—it’s a tool,” she says. “To be successful, you have to make major changes in your lifestyle.

“After I had my kids, I’d already been through the typical struggles, the fad diets; you name it, I tried it. But after a while, your body just goes, ‘No.’”

Castro explains many of the changes required for bariatrics to work are related to diet, and start weeks before the actual surgery.

“’Way before the surgery, you have to go on a liquid diet, and you have to be on a liquid diet a while after,” notes Castro. “Then after it’s done, you have to follow strict rules. For instance, you can’t eat too much or it’ll stress the stomach. You also can’t have drinks with your meals—you only drink something before and after your meal. You actually have to learn to eat again.”

And, she cautions, a candidate for the procedure has to be completely ready.

“They give you big requirements after you decide,” Castro says, “like diet instructions. They perform a scope to see if your esophagus is ready, and they even do a psychological workup. They have to be sure everything’s right for your sake.”

“We might find that someone would not be considered a good candidate for this type of surgery if it was felt they could not or would not follow the prescribed diet around the time of surgery,” he says, “because this would inhibit their success— and could be dangerous to their health.”

Rather than body image, it was concern for her deteriorating health that ultimately moved Castro to go ahead with surgery.

“I remember that day last year when my doctor told me, ‘Janet, you’re borderline diabetic.’ I thought about my kids, what would become of them if something happened to me. I knew then that I was going to have to do something.”

Castro says she also had to consider the impact on her health of her now consistently high cholesterol.

“My family has problems with cholesterol,” Castro says, “my mom especially. She could eat cardboard and she’d still have high cholesterol. I knew losing weight would help me with mine.”

Castro notes she elected to have one type among several options offered for bariatric procedures, while a close friend chose a more extensive one.

“A friend and I decided to go in together to see if we qualified, like a team,” laughs Castro. “Me, with my procedure, I lost 85 percent of my stomach, which is now about the size of a banana.

“My friend wanted to be even more aggressive, where a kind of tube just below the stomach is rerouted around the small intestine and attached to the large intestine, and I’m told her procedure is sometimes reversible. Mine is not.”

Nowadays Castro’s bariatric surgery is performed laparoscopically, according to Stevenson.

This type of procedure, he explains, is done “through very small incisions, which decreases post-operative discomfort significantly, speeds up healing times, and allows a faster return to normal activities.”

Patients’ rate of weight loss, he adds, varies from person to person, and changes as the body adapts.

“Weight loss is typically faster shortly after the operation,” says Stevenson, “but hopefully, patients will lose about 10 pounds a month until they reach their goal.”

Castro confirms these variations in her own post-operative experience.

“I lost quite a bit at first, and then the loss slowed down a little, and I got all worried. But then I realized it goes in cycles—the slower the better. Your body’s getting used to a new reality, and you have to have faith in that.”

For now, committed to the long-term, Castro says she’s delighting in the results she’s seeing.

“For so long, all I wanted to do was lie down and rest. I had no energy at all, and I would be sad that I couldn’t do more with my children. Now, I’m ready to go, ready to join them.

“Getting dressed now, I say to myself, ‘Hey, my clothes seem loose.’ And now I can go shop for smaller sizes.”

Castro says her husband’s support throughout her procedure, and after, helped her succeed.

“When I decided to do it, he was scared,” she remembers.

“He worried about the kids if something happened to me. But he’s so glad now—he laughs that he can get his arms all the way around me, and loves my new look.”