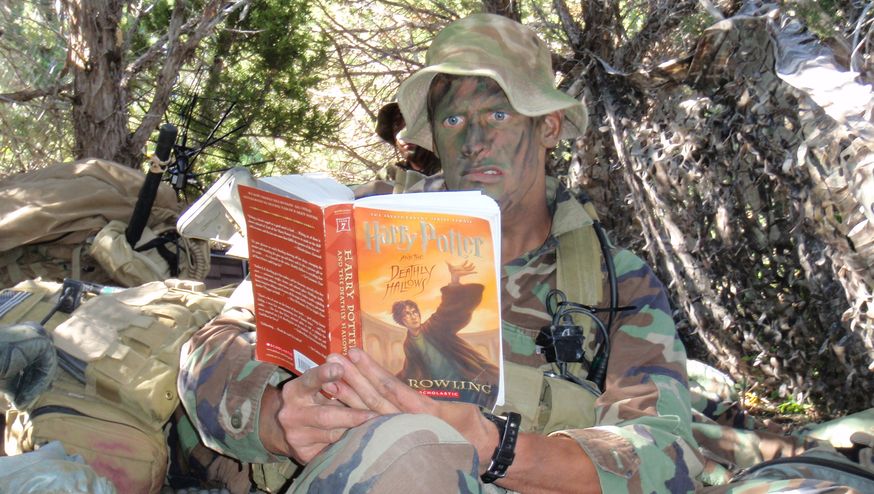 It’s not likely that the kids at Kyrene Traditional Academy would have known what it’s like to be a Navy SEAL. Nor that they’d ever heard the story of Charles Keating IV, one of the men credited with demonstrating the SEALs’ legendary toughness, perseverance and, ultimately, willingness to die for a cause they believe in.

That’s why a recent visit by Keating’s mom to a KTA classroom proved to be an eye-opening—and emotionally memorable—experience.

Krista Keating-Joseph is a Gold Star mom who has written two children’s books designed to be both motivational and inspiring. The hero of the tales is her son, whom she relates that, even as a youngster, wanted to grow up to be a SEAL.

Her books—Big-Hearted Charlie Runs the Mile and Big-Hearted Charlie Never Gives Up: Fun Adventures—are based on true stories from when Keating was an adventurous little boy who showed his determination in persevering to overcome obstacles.

He became a heroic SEAL who made the ultimate sacrifice in 2016.

U.S. officials at the time said Keating was part of a small team advising Peshmerga forces in northern Iraq. The U.S. group had been checking on outposts when ISIS fighters mounted a complex attack, the officials said. The militants used car bombs and bulldozers to breach the front line, then raced ahead and attacked the command post where Keating was located.

There was no indication that ISIS fighters knew U.S. troops were at the facility at the time, officials said.

Now, three years and many memories later, Keating’s mom says the two books don’t talk about the details of his passing.

Their goal is to impart a motivational message from his boyhood that she hopes will inspire children.

While the 100 or so KTA first graders weren’t made aware of all the circumstances surrounding Keating’s death, their teacher, Dr. Karen Knight, felt the heartbreak personally.

On this, the third anniversary of the tragedy that claimed his life, Knight recalled with fondness the days when a young Keating was a member of her own school classroom.

“It was good for the kids today to learn from Charlie’s mom that, even though you sometimes can’t see people any more, they’re still here,” she said. “Keeping Charlie alive that way is very comforting to me because he was a great soul.”

And, added Knight, the time Keating-Joseph spent with the kids had yet another benefit that she hopes they’ll take with them into adulthood. “She is a great role model for how you can take your grief and turn it into something that can heal you.”

So it seems with Knight, who may have been one of those to have benefitted most.