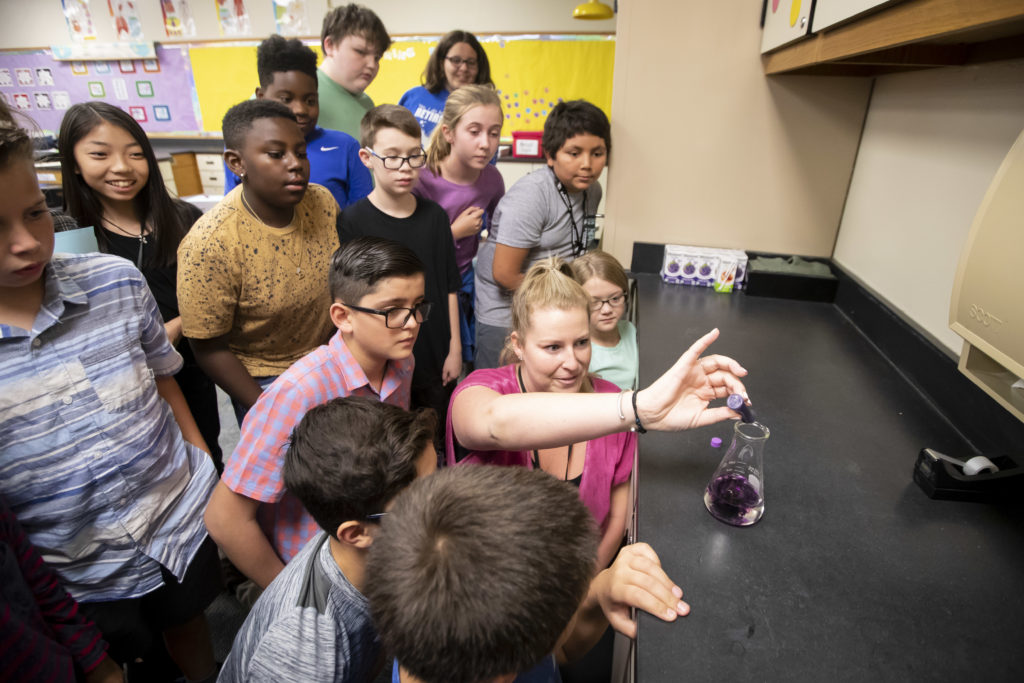 Racial tension re-emerged after a recent video surfaced on social media bemoaning the lack of events to observe Black History Month at Centennial Middle School, one of 25 schools in the Kyrene district.

Created by Centennial Principal Michelle Anderson, the showing was quickly followed by a second video message with Anderson’s apology for any unintended hurt feelings over the statements she originally made.

Noted Anderson, ethnic or racial celebrations that happened in the past were student driven, such as a day devoted to the culture of Native Americans. Her hope, she said, was for the school to “celebrate diverse cultures every single day” and “to perhaps create a multi-cultural day to celebrate everyone.”

In the second video, Anderson mentions that each day during the morning announcements, she always adds:

“Everyone is fighting a battle you know nothing about… be kind always.” She continued by saying, “Some of the comments I made on the video may have unintentionally hurt some students. I know we can do better and we will; we are an AVID school, which encourages students to take initiative.”

AVID, short for Advancement Via Individual Determination , is a program focused on teaching students academic and social skills to succeed in school and to prepare for college or a career. The program is in place for all students at Centennial and intended to be a catalyst for developing a culture that closes the achievement gaps some students face.

In Anderson’s conclusion, she thanked students who brought up the topic of Black History Month and criticized her first video because, in the end, she said, she feels she will become a better leader.

Coincidently, the school also was in the news and criticized last fall for its handling of an inter-racial scuffle between two students and the accusations of uneven discipline that followed, which led to one student facing a criminal charge for engaging in a fist fight. Another was encouraged to attend an alternative school.

During that earlier incident, members of the community appeared before the Kyrene Governing Board to air their grievances. At the center of the protest was Janelle Wood, whose efforts were credited with launching the Black Mothers’ Forum.

Due to her visibility in the community, Wood was contacted by parents of the black student at Centennial who was disciplined. At that time, Wood said schools sometimes unknowingly apply actions that are later seen to be inappropriate because there is a lack of cultural understanding. And, observers said, the attitude of many seems to have shifted, with most who submitted cards asking for time to speak offering positive comments.

Most who spoke in support of the principal, Anderson, said they respect her as both a person and a principal. They expressed overall satisfaction with Centennial and the Kyrene district.

In all, 24 requests were submitted asking to speak. Many of the remarks that followed were from teachers at the school. Some were from parents and a few, including Wood, thanked those in the audience for sharing their experiences at Centennial, and Vesely, the superindendent, for meeting with her to discuss how work can continue to bring educational equity to that school.

In a subsequent phone conversation, Kyrene parent Jennifer Underwood said she believes that the Centennial principal likely didn’t intend to be malicious and made the comments that generated a reaction because she just didn’t realize they were offensive.

“It was unfortunate timing for…Anderson’s comments, in that the video coincides with the award (of a contract with) Kyrene’s equity consultants, but it shows exactly why this consultant is needed,” said Underwood. Underwood was among the reviewers of 20 proposals submitted in response to the request issued by Kyrene.

“Equity and inclusion education really is needed in every district because it wasn’t taught to our administrators and teachers,” said Underwood, who has been active with the district since 2005.

Educational equity is a measure of achievement, fairness and opportunity in education. The study of educational equity, often linked with the study of excellence, depends on two main factors: fairness, which implies that factors specific to one’s personal conditions should not interfere with the potential of academic success, and inclusion, which refers to a comprehensive standard that applies to everyone in a certain education system.

These factors are closely related and depend on each other for an educational system’s success.

The topic of equity and inclusion is a challenge being faced by school districts across the country. Kyrene selected Corwin Consulting to develop a program of professional development along with training on equity and diversity.

The announcement comes at the end of a competitive process that reviewed responses for a scope of work that includes services related to professional development on equity, support for the creation of practices to eliminate barriers to inclusion, increased awareness of equity issues, capacity building of knowledge and skills among District staff on restorative discipline, mediation and conflict resolution.