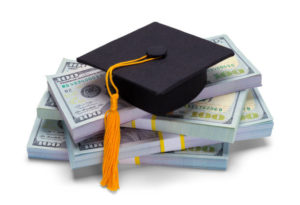 Securing a spot in a top-notch, prestigious university is one of those achievements many young people and their parents dream of and work hard to achieve.

Whether that treasured acceptance letter comes as a result of stellar academics, outstanding athletic performance or a combination of the two, the road to an Ivy-League or Division 1 college diploma is fraught with challenges.

Tempe residents Bob and Sandy McCauley know all about that. Their son, Max, Corona Class of 2006, is a graduate of Harvard Law School. “He worked very hard at ASU to get a perfect record and got all A’s because he wanted to go to Harvard,” Sandy said.

So when the news broke that dozens of wealthy parents—among them an Arizona real estate developer—bribed their sons’ and daughters’ way into coveted colleges, the McCauleys had something to say about it.

“I am absolutely disgusted by it,” Sandy said. “I feel like the Hollywood people and others who are so condescending about ordinary people all the time—the same ones who are always making such a big deal about minority opportunities—they cheated, using their own influence and their own money to get their kids into these prestigious schools.

Sandy says her heart goes out to students who may have missed their shot at attending an acclaimed institution of higher learning. “What really upsets me is that there are kids who didn’t get into these schools because they were displaced by people who cheated,” Sandy said. “It’s very disheartening.”

Federal authorities have charged 50 people in the largest college-admissions scam in U.S. history. Parents were accused of paying as much as $6.5 million to get their offspring into the likes of Yale, Georgetown and Stanford, among other top-name schools. College athletic coaches have also been implicated in the schemes. From bribes to cheating on entrance exams to fudging athletic records, it’s a dispiriting catalogue of dishonesty in America.

When word of the scandal began capturing headlines, my mind went back to my own teen years and my father, a man of unparalleled integrity who endeavored to instill in me and my siblings an unswerving commitment to honesty in all things. During my sophomore year in high school, I worked at an ice-cream shop a couple miles from home. In daylight hours,

I was allowed to walk or ride my bike to work, but for the Monday-evening shift, Dad would pick me up once my co-workers and I finished up for the night. Depending on how long it took us to defrost all the ice-cream cases and complete other closing duties, we might finish anywhere between 9:30 and 10:15 p.m. This was 1978, long before the ubiquitous cell phone.

The store owner had a lock on the office phone, so we couldn’t make any outgoing calls. There was a payphone (remember those?) near the drinking fountain though, and a girl I worked with would borrow two dimes from the register, deposit them in the payphone, call home and let it ring once. She would then hang up, retrieve the two dimes and return them to the register.

I explained this ingenious communication method to Dad when he dropped me off the following Monday night and told him to await his signal. When I got in the car a few hours later, I was feeling a bit smug about how Dad and I had communicated for free and without actually speaking. Dad, however, had a different take.

“Doll,” he told me, “next week I’ll park in front of the store and wait for you. Or, I can just give you a quarter.”

“But why, Dad?” I asked, bewildered and yet somehow knowing deep down there was something slightly shady about calling home without really…calling.

“It’s cheating. You’re using the phone company’s equipment and not paying for it. And you shouldn’t take anything from the register, ever.”

And so that’s how we managed until my career in frozen desserts ended and I became an ASU Sun Devil (no cheating to get in, either).

My point is that I never once, in my entire life, ever had reason to doubt that my father would do the right thing, given a choice between being honest and cheating. He taught us that any form of dishonesty, no matter how seemingly slight, was wrong, a slippery slope that would lead to more egregious offenses.

As a parent myself, I know this:

Our children look up to us. The question is, what do they see? My heart breaks for those whose parents have not modeled integrity for their sons and daughters.

No college dream is worth the price of one’s soul. In a consumerist society in which we’ve grown accustomed to one- click shopping, it bears remembering that honor and integrity cannot be purchased, no matter how deep one’s pockets.