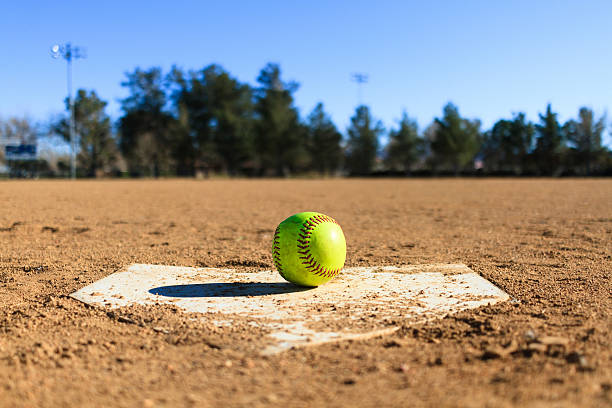 Corona’s softball team has started the 2019 season on fire with a 6-0 winning streak outscoring their opponents 64-19.

“Alexis Massie, Ally Quintero. Summer Duran and sophomore Tristan Jamar have been our strongest batters so far this season,” said coach Jeep Ray. “Tristin Jamar was on JV last year and is now a starter in our outfield. What a wonderful treat.”

Jamar has a .579 average and is tied with Massie with 11 hits each. Jamar is the leading scorer with nine runs while Massie is leading the team in RBI’s with nine.

Duran is batting .526 with 7 runs on 10 hits with five RBI’s while Quintero is batting .429 scoring eight runs on nine hits with seven RBI’s.

“We also have strong infield players this season with Ally Quintero at second base and Reyna Mori and Alexis Massie rotating between the shortstop and catcher position,” said Ray.

Mori has had 25 total chances while fielding a ball to put someone out. She has put 22 people out and had three assisted putouts along with two double plays to give her a 1.000 fielding percentage.

“Ariana Marquez-Yniguez has done a good job backing up our defense in the outfield,” said Ray.

Marquez-Yniguez has a 1.000 fielding percentage in the first six games after putting out six players with one assist on seven chances.

“Jada Wendling, one of our pitchers, is a quiet leader on and off the field,” said Ray. “She is also a good utility player. I honestly think I could play her at almost any position, maybe except catcher, and she would do well.”

Wendling has pitched 19 innings with four appearances in the first six games and is credited with three of the six wins. She faced 76 batters striking out 18 while allowing only 18 hits and eight runs against Corona.

appearances and is credited for three Corona wins so far this season. Brinka faced 69 batters allowing 18 hits and 11 runs with two strikeouts.

“Emmalyn Brinka is new to the Phoenix area having transferred from the Montana and Idaho area,” said Ray. “She has stepped right into playing pitcher and first base for us.”

Brinka has played in all six games batting .500 with nine hits on 18 at bats scoring two runs.

Also new to varsity this season is sophomore Taylor Kolling who has been playing in the outfield.

“Taylor Kolling or TK, as we call her, was on JV last season but is making an impact of varsity already,” said Ray. “She is such a hard worker. She never gives up,”

Kolling is batting .417 with five hits scoring four runs and three RBI’s while playing in five games for Corona.

“I feel we are a relatively young team, even though we have six returning players,” said Ray. “We are still working on the chemistry or the MESH that makes a team successful,” said Ray. “It only happens with experience playing and practicing together so the longer we work together, we have a better chance of peaking before the state tournament.”

The Chargers had a stellar season with high hopes of reaching the finals of a state basketball championship game for the first time since 1986 when they won the Class 5A State Championship.

That was until they lost a heart- wrenching game Feb. 18 by just one
point in the semifinals of the 5A State Championship with a score of 46-45 to the No. 1 seed and eventual champions, the Gilbert Tigers.

The Chargers ended their season ranked No. 4 in 5A with a 23-6 overall record and 11-1 section record.

The semifinal loss by one point was a bitter-sweet ending for McClintock’s nine seniors who played a major role in the Charger’s success over the season.

The Chargers started slow against Gilbert and were down four points, 11-7, at the end of the first quarter but rallied before the half to outscore the Tigers by five points and only be down by one point at the end of the second quarter 21-20.

Gilbert came out of the locker room on fire outscoring the Chargers by seven points in the third quarter to take a 35-29 lead.

The Chargers put up a valent effort in the fourth quarter outscoring Gilbert by five points or 16-11 but it was not enough.

When the final buzzer sounded, Gilbert had survived to win by one point 46-45.

Senior Josh Baker scored 12 points in the semifinals against Gilbert while junior Chance Garland scored 10 points along with eight rebounds.

Baker was the overall leading scorer on the team averaging over 21 points a game while Calvert was the leading rebounder averaging 6.4 rebounds a game.

Other members of the team who contributed to the team’s overall success included juniors Aiden Penry and Isaac McCann and sophomore Darius Ward.

Teams below the top eight ranked teams need to win in the 6A Conference Play-In Tournament on Feb. 7 in order to play in the state tournament.

Corona ended up losing to No. 12 Desert Ridge 2-0 and therefore were eliminated from the tournament.

Benedict played in all 15 matches as goal keeper for a total of 1160 minutes in regularion and 19 minutes in overtime.

Over the season she saved 84 goals or an average of 5.6 goals a

Sammon, playing the striker position, led the team in goals with six goals, five assists and 17 points while Torrance, a midfielder, was the next leading scorer with five goals, two of them were game-winning goals, along with eight assists and 18 points.

Scheurer, as midfielder, and Brown, as striker, played in all 15 matches scoring two goals each while Scheurer had four assists and eight points.

The Aztecs finished the season ranked No. 7 in the 6A conference with a 14-8 overall recorded, 4-1 in their section.

As the No. 10 ranked team, Corona defeated No. 23 Liberty, 4-1, in the 6A Conference Play-In Tournament on Feb. 7 at home to enter the 6A state championship tournament as the No. 10 seed.

The Aztecs ended up losing in the quarterfinals to the No. 2 seed Desert Vista 3-0 on Feb. 12 at Desert Vista and were eliminated from the state tournament.