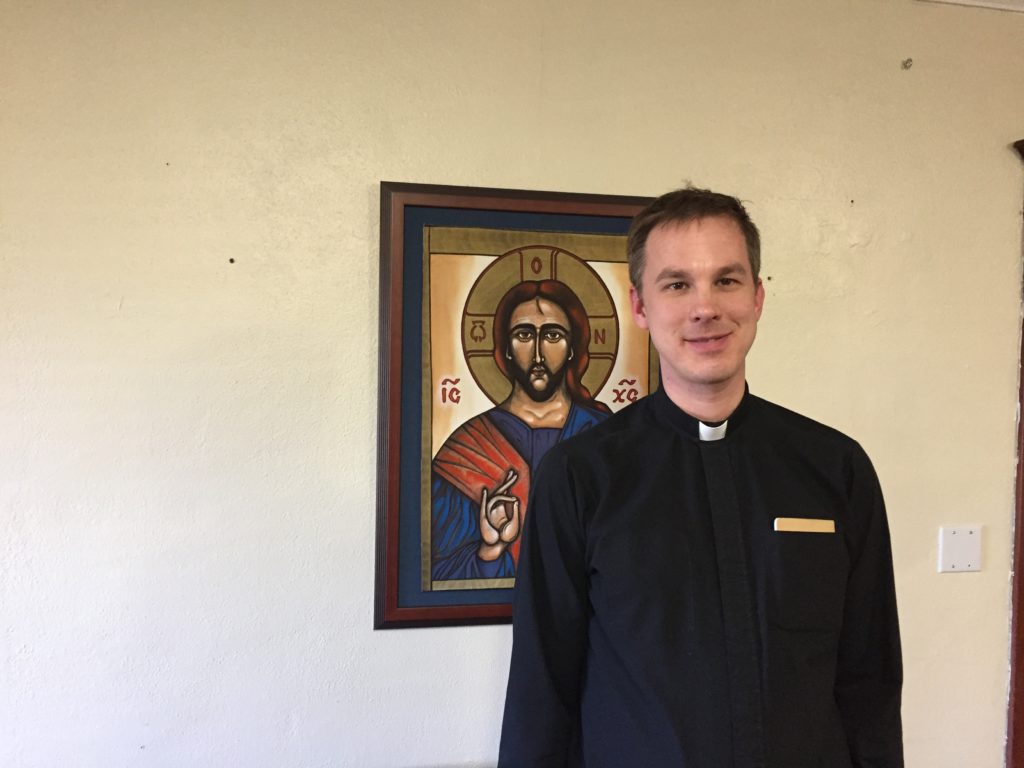 The Rev. Hunter Ruffin, new pastor of Church of the Epiphany in South Tempe, remembers the day he told his family he wanted to be a priest. “I was 12 years old when I said it out loud,” Ruffin recalled. “My mom was standing there with our priest.”

That is how Ruffin remembers his first step in a journey that was to lead many years, many miles and many rewarding opportunities. Including, now, this latest one.

Raised in Mississippi in the Episcopal Church, the 38-year-old Ruffin said he grew up cooking breakfast for his family on Sunday mornings and attending Sunday school. “One of my parents would drive me to the church and drop me off, and then an hour later my parents and my sister would join me for worship.

“I was the kid that always went to church.”

His steadfast faith continued through college, when young people are often at risk of falling away from their childhood religious practices. Ruffin attended the University of Mississippi where he earned an undergraduate degree in history and foreign language and literature, followed by a master’s degree in international finance.

All through college, he still dreamed of becoming a priest. After stints working for the local, state and national Red Cross, he entered Seminary of the Southwest in Austin, Texas. He was ordained to the priesthood, in July 2015, at St. Michael and All Angels in Dallas where he went on to serve for two years.

Wrangler News sat down with Ruffin a few weeks after he became rector of Church of the Epiphany, tucked away just west of the Price/101 freeway off Concorda Drive in Tempe. Ruffin’s tenure began as a result of longtime-pastor Fr. Ron Poston retiring after 20-some years at the parish.

The tall, blonde-haired priest throws back his head with amusement when asked how the adjustment period is going.

“I’ve only been here 30 days so who knows how it’s going to unfold in the future.” But then he pauses. “People have been very welcoming, very hospitable and very open to hearing new ideas,” Ruffin said. “So far it’s going pretty well.”

Peter Crane, senior warden and head of the vestry, akin to a church board, has been a parishioner at Epiphany for 34 years. The search for a new pastor, he said, began last February when members of the church met to discuss what they would want in a new rector. A search committee was formed and a nationwide search began. From nine candidates, the slate was whittled down after Skype interviews. Three finalists emerged.

All were flown in to meet with the vestry during the sultry days of July and August. “We figured (they) ought to know what they’re coming to,” Crane said.

Would the hellish Tempe summer weather scare off candidates or would it fail to deter a heavenly outcome?

Ruffin was ultimately selected by the group. Crane called him “young, energetic and tech savvy,” citing Ruffin’s background in administration and management of a non-profit.

So after Poston’s long reign at the church, would the congregation take to the new leadership? 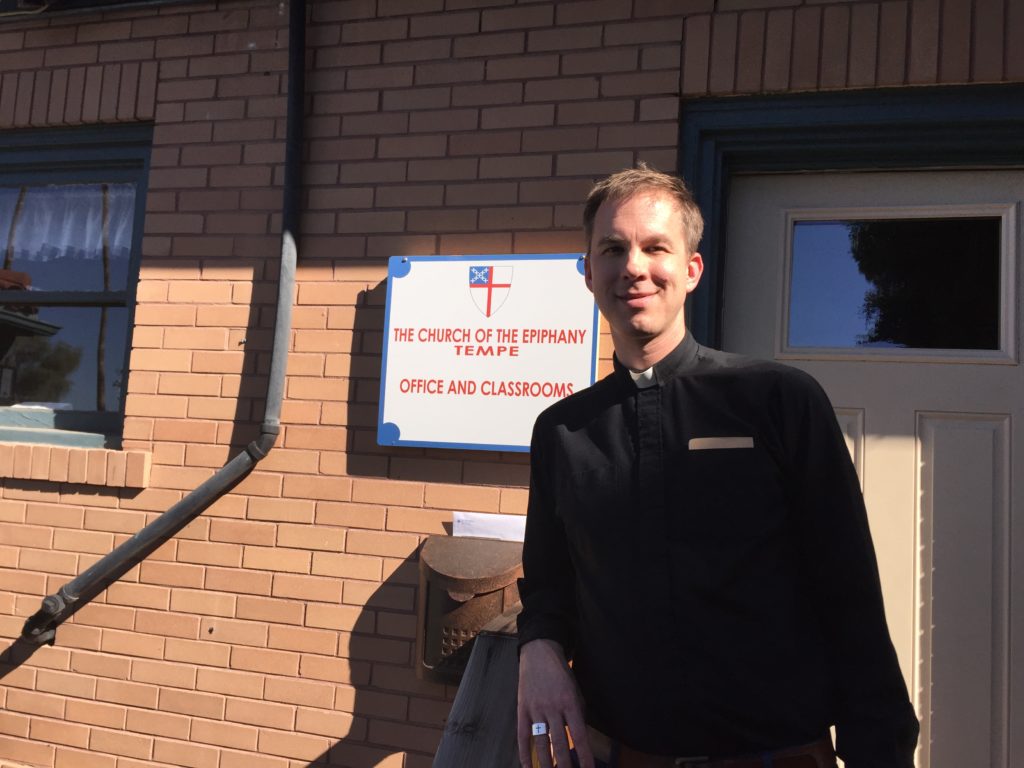 “I can’t say it’s 100 percent—there’s always somebody grumpy—but there is near universal acceptance. There’s excitement,” Crane said. “He’s making some small changes here and there just to let us know things are different.”

John Burger has been singing in the choir since he joined Epiphany 34 years ago. He’s also served two stints on the vestry. Ruffin’s leadership, Burger said, is a “breath of fresh air” that has brought new energy to the church.

“He’s very proactive and up-to-date. The community has embraced him and the whole church is very enthusiastic about moving forward with Fr. Hunter.”

For his part, Ruffin lauded the strengths of the church, including the volunteer music ministry. “It’s phenomenal actually—they have great voices and are just really talented musicians in their own right.”

There’s a “good energy” at the church on Sunday mornings, he said.

“The people who go to church here really love their church.” With about 215 active members, most have been there for many years.

“The spirit of this community is one of joy, and that’s a huge gift to be celebrated,” Ruffin added. “I think there’s a real hunger for moving even more fully into some other directions in living out the call of discipleship.”

In that vein, Ruffin said “journeying the way of love as taught by Jesus Christ” has been a focus of the direction the parish is moving. “We can change the world, but only when we put the love of God made known in the Christ at our center and by making that our model for living in God’s creation.”