The days of tap-dancing’s 18th century “cutting contests” and “duels” between the likes of African- American “Master Juba” and the flashy Irish dancer John “Jack” Diamond today seem like the flicker of an old-time movie.

But Tempe’s master tapper Mary Wall says this great American dance form has persisted through the ages, and enthralls devotees of every generation.

“I started tap dancing as a kid, all the while watching Shirley Temple movies. I mean, I just HAD to dance like HER,” says Wall, who operates her own studio on McClintock Drive.

“It got so bad that my mother had to keep close watch on the movie listings so I wouldn’t miss anything. After that, I begged for dance lessons, and my parents signed me up.” Wall says taking those early dance lessons was at the heart of another burning ambition.

“I wanted to be a Rockette,” Wall remembers wistfully, “but we found out I wasn’t tall enough. You had to be not too tall, not too short, so that the dance line would look uniform onstage.”

Sadly for the young Mary, her dance ambitions, too, were curtailed for a time.

“When I got into the lessons, the instructors told my parents, ‘She’s not going to be a dancer.’ And my parents interpreted that as not having the talent, so they took me out. And I didn’t go back to dancing ‘til many years later.”

As a student at St. Edward’s University in Austin, Texas, in the 1970s-80s, Wall approached her long- time art again.

“At St. Ed’s, I went for my B.A. in Theater Arts, and we were required to take dance classes for the degree,” Wall says. “Once back in the studio, I realized how much I had missed it, and felt like I was coming home.” 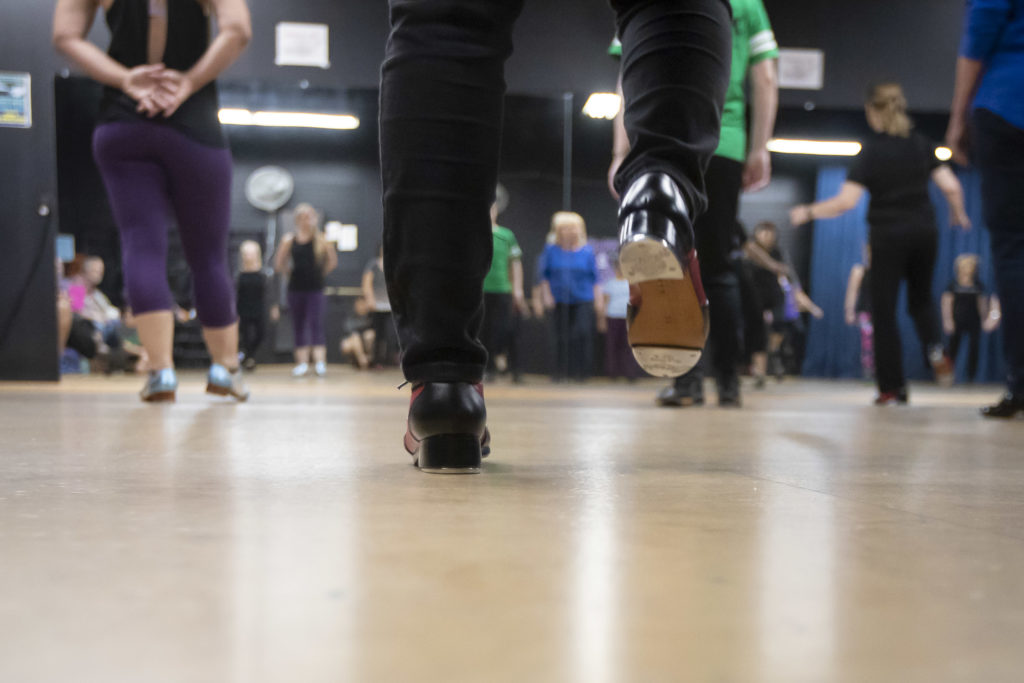 After graduation from St. Edward’s in 1980, Walls’ other skills and ambitions took her far afield from dance, as she took on a demanding job at the University of Texas’s Frank Erwin Center, and then had long managerial stints with Ticketmaster in Los Angeles, New York City and Dallas.

“It was while I was in L.A. that I really got back into dancing,” Wall remembers. “Before, most tap classes weren’t geared toward adults, but in L.A. there were plenty, and I took everything I could.”

Walls’ first major influence may have been the relatively modern style of tap exemplified by Shirley Temple’s movies during the child star’s fame in the mid- to late-1930s, but Walls’ dance studies in Los Angeles led her to a deeper grasp of tap’s history.

“When I first learned about early neighborhoods like Five Points in New York City, and how many immigrant cultures’ traditions had gone into tap dancing, I knew I was part of a uniquely American art,” says Wall.

“And I was prepared to go as far as it would take me.”

Wall is referring to an area in New York that 18th-century elites thought of as slums— neighborhoods like Five Points and Little Italy. There, a multicultural ferment provided the perfect setting for unique American art forms to take shape. And this unrestrained cultural mix was nowhere more evident than among that era’s tap masters.

In the area now known as Chinatown, Five Points’ new arrivals—Irish “jiggers” and English “cloggers” from the Continent and second- and third-generation African Americans from the South seeking greater freedom–learned from each other and blended their styles into something we now call tap, and styles that developed alongside it.

“When you learn to perform in those older traditions, even things like Soft-Shoe, or Buck and Wing,” Wall reflects, “you have this huge feeling of history, and the people that lived it, created it.”

She’s quick to say it’s not just the intriguing mix of cultures that tap represents–it’s the blend of art forms.

“Let’s not forget the music,” says Wall. “It just all goes together. Part of it is the percussive nature of African dancing and drumming. It’s like you’re not just a dancer–you’re a percussionist. Every true tap dancer knows that.” 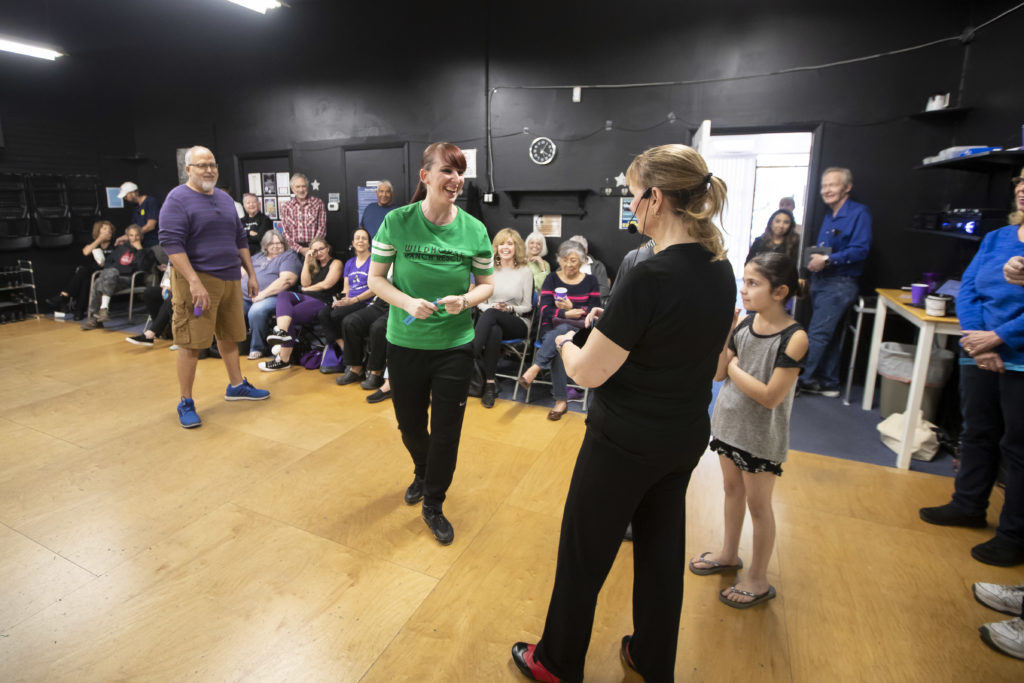 After living and working in New York in the mid- 80’s, Mary married and moved with her husband to Dallas, where they had two children. Mary kept working for Ticketmaster while she and her husband raised their young family.

“In 1991, Ticketmaster needed someone in the Phoenix area and offered me the job,” says Wall, “and so I grabbed the kids, moved, and—well—here I am.”

Thereafter, Wall says she did some substitute teaching while focusing on her family.

“I devoted myself to my children,” she declares. “I wanted to make sure that we established them on a firm foundation.”

But there was a catch to all that, Mary Wall style.

“My daughter was taking dance lessons, and I went over and visited the studio once,” Wall recounts.

“Turns out they had a tap teacher who worked only with advanced students—and so they offered to have me teach beginners.”

After this relaunch into her favored art, Wall taught dance as a substitute at Mesa Community College, also teaching at Chandler- Gilbert Community College. She ultimately was offered a staff position at MCC, going on to become artistic director of MCC’s tap dance ensemble.

She established her Tempe- based Wall to Wall Dance studio in 2013.

Wall’s life and long-lived contribution to tap dancing have taken her all over the country, and through many manifestations of her own artistic expression.

But no matter where she’s been, or how she’s developed as an artist, Wall always remembers her origins.

“Tap isn’t just dancing,” she says. “You just FEEL the history of what you’re doing, and you have so much respect those who came before.

“I felt this keenly one time while I was in New York, working with the Apollo (Theater) on some things,” Wall remembers. “They asked me if I’d like to go out on stage, and of course I said yes. So I stepped onto the stage and looked out—and I’ll never forget the feeling I had of all that had come before in that amazing place. And it was breathtaking.”

Mr. Bojangles would have been proud.