It has been 10 years since Corona’s badminton team had a 17-1 regular season record and were crowned the 2008 5A State Champions.

This year’s team, as the No. 2 seed, will enter the DI state championship brackets Oct. 22 with the same regular 17-1 season record and a good chance to play in the finals for the Aztec’s second state team championship.

The Aztecs only lost one team match during the regular season. It was on Sept. 5, the fifth match of the season, against the defending state champions, Perry High School. It was a close match with Corona losing 5-4.

“We went into the doubles matches tied with Perry, 3-3,” said coach Darren Ridge.

The match winners are the players who win the best of three games to 21 points.

“That left the result from our No. 1 doubles team match to determine the outcome of the total team match. Our team lost the first game of this deciding doubles match but then fought hard to come back and win the second game.”

“Unfortunately, Perry won the deciding last game and the overall team match, but we felt we were never out of it. We had a chance to win.”

Corona has been on a roll after taking second place at the Firebird Invitational hosted by Chaparral High School on Sept. 22. The Aztec were undefeated the last six team matches winning 39 singles or doubles matches and losing only six.

“As a team, we finished second at the Firebird Invitational to Perry but individually our No. 1 doubles team of Katie Carrolland Eileen Liwon the doubles tournament and our No. 1 singles player, Brennan Agnew, placed second,” said Ridge.

“We are excited and are looking forward to both the singles/doubles and team state championships,” said Ridge. “We came into the season wanting to finish the regular season in the top four which we accomplished. We are now working hard to get into the state title game.”

“These four players have been solid all season in singles winning the vast majority of their matches,” said Ridge. “Anna Morrow, our No. 5 singles player, has been playing better lately as well which is very important to our overall team’s success.”

Each school can only have one single player and one doubles team play in the individual state championships which are scheduled for Oct. 19 and 20 at Independence High School.

“As we head into singles and doubles state play this week, Brennan Agnew will be our singles representative and Eileen Li and Katie Carroll will represent us in doubles,” said Ridge.

The individual championship seeds will not be determined until, Oct. 17.

“We have a seeding meeting on Oct. 17 to determine the top eight seeds in singles and doubles,” said Ridge. “At this point, I am pretty confident that we can get Brennan as the No. 2 singles seed and Eileen and Katie as the No. 1 doubles seed.”

Corona’s team, as the No. 2 seed, will not only get a bye in the first round but will also be able to host the first day of team competition on Oct. 22.

Currently Corona should play in the second round or quarterfinals against the winner of the No. 7 seed Basha and No. 10 seed Desert Vista.

If all goes well in the quarterfinals and semifinals, the most likely team standing in Corona’s way may be the defending champions, Perry High School, who not only won the championship last year but were the runner-up team two times in the past four previous seasons.

“As far as meeting Perry in the team finals, we aren’t looking that far ahead,” said Ridge. “We are taking each match as they come, focusing on playing our best every match. We can’t overlook anyone.”

“We’ve taken nothing for granted and come to play.  In the next two weeks we will find out if our hard work will get us where we want to end,” said Ridge. 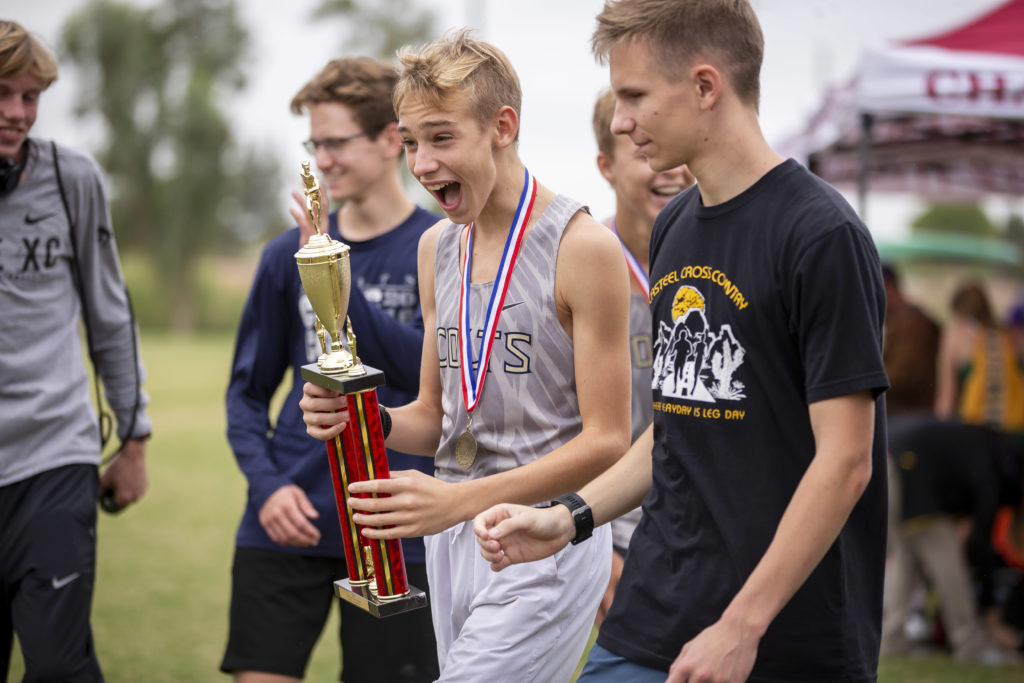 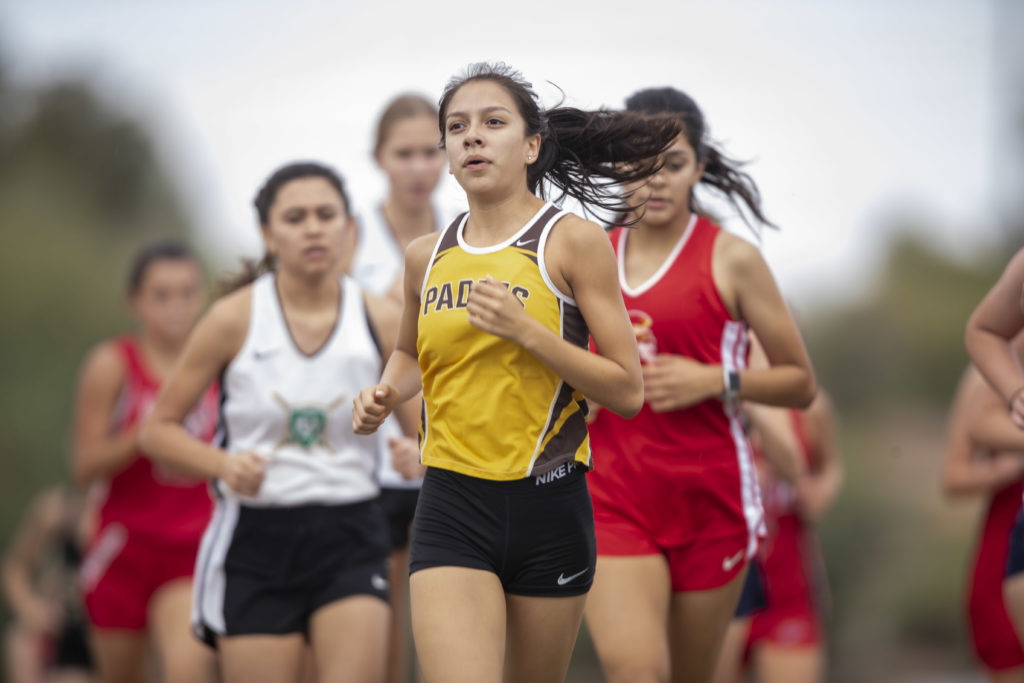 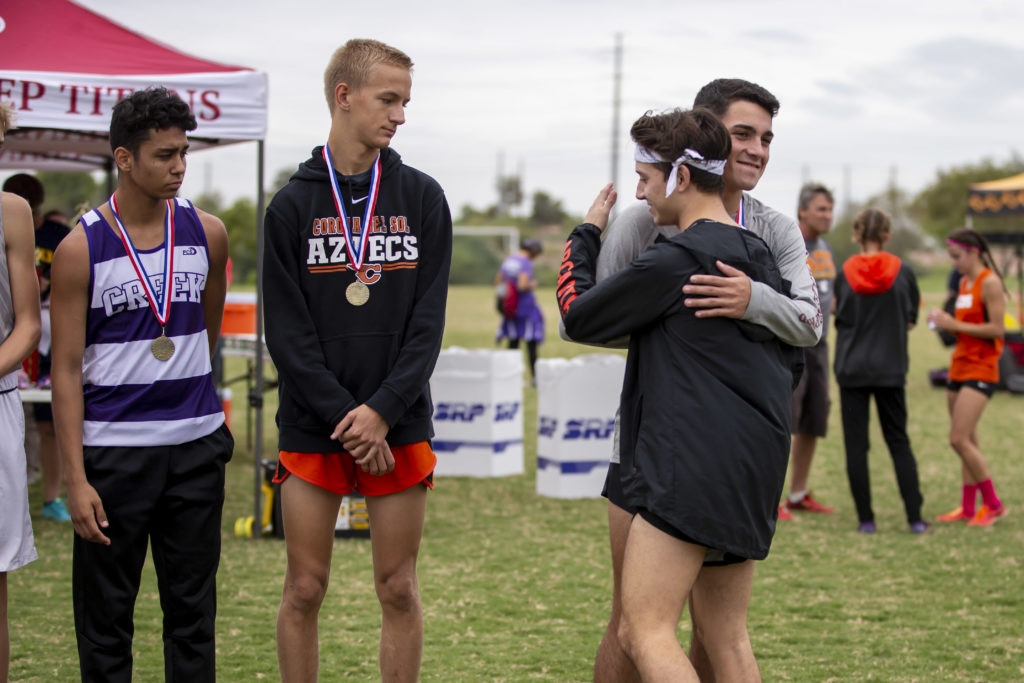 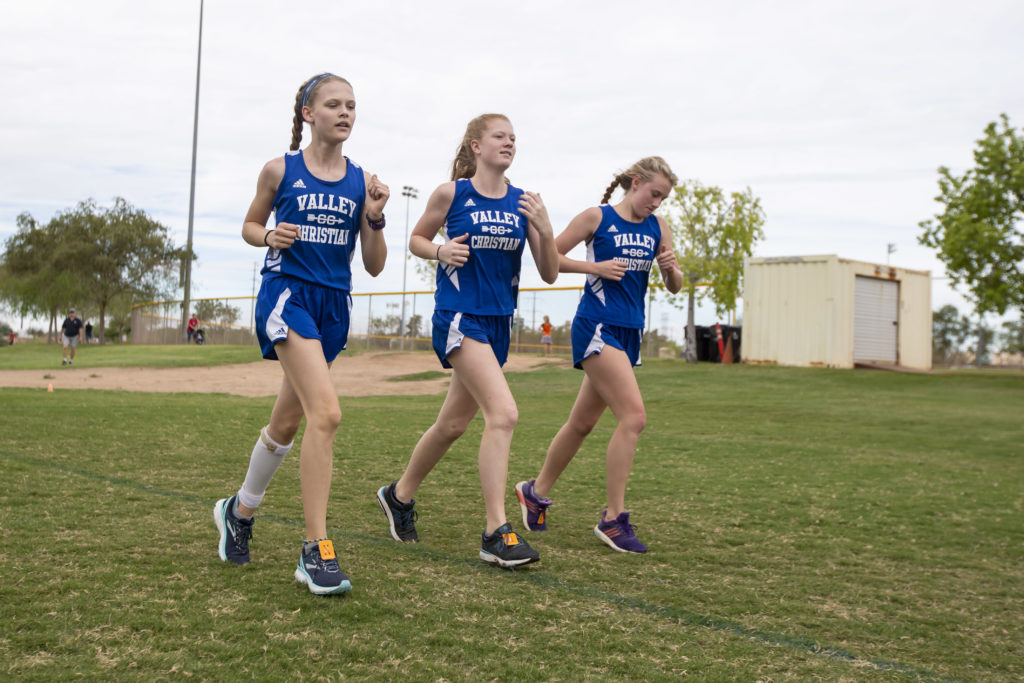 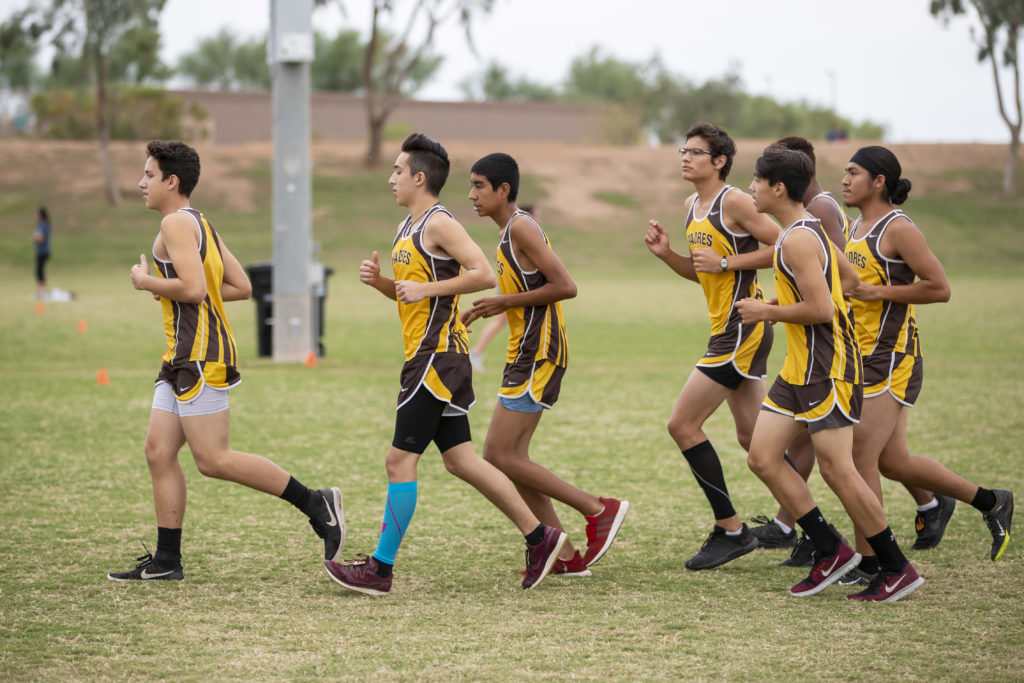 With only three regular season matches left, Corona’s volleyball team took a few days off for fall break after a second-place tie at the Gilbert Invitational Oct. 5- 6.

The Aztecs, currently 24-12 overall and ranked No. 4 in the 6A division with a 10-4 (7-0 section) record with only three matches remaining in the regular season, may be peaking at the right time.

“We are playing very well,” said coach Ben Maxfield. “Our defense and ball control have been really good which allows us to run a varied offense.”

Shroll, one of the four seniors who will be honored at the last home game Oct.18 against Desert Vista, had to sit out part of the season due to transferring rules.

“Although this has been her only season with us, Mary has had a tremendous positive impact on the program,” said Maxfield.

“Her prior experience playing at a varsity level has helped our newer players adjust to the speed of the game.  She has great ball control and continues to get better at scoring points against a better block than she saw at the 2A level,” said Maxfield. “Mary will be playing indoor and beach volleyball at Loyola Marymount.”

Noble is the kill leader with 295 kills, 2.8 a set. She also leads the team in solo blocks with 18 and is second in total blocks with 50.

“Mady is very smart with overpasses so she gets a lot of blocking kills,” said Maxfield. “Instead of trying to pound the overpass, she’ll swipe it to an open spot for a kill.”

“Nicole has had a great season so far,” said Maxfield. “She hits the ball really hard and has grown a lot in her volleyball IQ.  She should be a dominating force for us the rest of this season and her senior year.”

Serving tough gets an opposing team out of their comfort zone or out of system. Corona has several players who are good at serving including senior Kacie McCainand junior Ashley Hayden.

McCain leads the team in aces with 39 earning 162 points on her serve. She will be honored during senior night.

“Kacie is an incredibly hard worker and a great teammate,” said Maxfield. “She has embraced and excelled in her role on the team.”

“Ashley has been serving very well, consistently keeping the ball in play and knocking the other teams out of system,” said Maxfield.

In addition to Noble, junior Sadie McRaeand senior Jenna Bolenaare two of the Aztecs best blockers. McRae leads the team in total blocks with 60 while Bolena has 46 total blocks.

“Sadie continues to improve on her blocking,” said Maxfield. “She has made great strides in her footwork which allows her to form a more solid block.”

“Jenna has filled in nicely into the middle blocker position and is a great mentor for the younger middles,” said Maxfield. “She is a lot of fun on and off the court. Although she has not committed anywhere yet she will play collegiately.”

Junior Becca Morsehas played in every game as the libero for the Aztecs. With 803 digs in 105 sets or 7.6 digs a set, she is the mainstay of the defense.

“Becca is amazing,” said Maxfield. “She reads the other team’s hitters very well and keeps a ton of balls in play that would normally be a point for our opponents.”

The setter is the quarterback of a volleyball team and Corona is lucky to have two great setters: junior Ashley Hayden and freshman Anita Babic.

Both setters have over 500 assists so far this season and are often on the court at the same time.

“Ashley continues to improve on running her court,” said Maxfield. “She sets a very nice ball which allows our hitters to get a lot of kills while Anita gets better every time she steps on the court. She is learning to embrace the role of being a leader on the court.”

“We ran a 6-2 the entire Gilbert Invitational tournament,” said Maxfield

A 6-2 rotation system in volleyball is where the player setting the ball is playing from a back-row position. The back-row setter always set the ball, making the other setter only a hitter when he or she is front row.

Senior Kalessa Sounartwill be honored at the last home game for her contribution to the team’s success on and off the court.

“Kalessa has bounced back well from an early injury,” said Maxfield. “She is a very driven player who works hard to better herself and her teammates.  She is well-liked by everyone and although she has not committed to play volleyball anywhere yet, she plans to play in college next season

The Aztecs will want to continue playing well the last three games of the regular season to maintain their No. 4 ranking which will keep them from having to play in the Conference Play-In Tournament Oct. 25 for the No. 9 through No. 24 seeded teams.

The first round of the 6A state volleyball championships starts Oct. 30 at the higher seed. The second round is Nov. 1, once again at the higher seed before the semifinals, which will be held on Nov. 5 at Highland High School.

The finals this season will be Nov. 7 at Well Fargo Arena scheduled for 8 p.m.

Currently ranked No. 5 in the 4A Division, the Padres have a 21-8, 6-1 section, record with four matches left in the regular season.

The team has four seniors and three sophomores that are having an impact on the Padres success this season.

Sophomore Olivia Craigleads the team in service aces with 46 aces followed by Lauer with 40 aces and sophomore Audrey Mayerwith 35 aces.

Senior Katy Denhamleads the team in digs with 417 or over five digs a set and in serve receive with 428 or 5.4 serve receptions a set.

Craig and Lauer share the setting duties, each with close to 1,000 ball handling attempts and over 300 assists so far this season.

White is by far the best blocker on the team with an outstanding 41 solo blocks and six block assists for a total of 47 blocks in 83 sets.

Marcos was scheduled to play their last home game Oct. 16 against Poston Butte before playing at Arcadia on Oct. 17, at Washington on Oct. 22 and at Seton Catholic on Oct. 23.

If the Padres can remain one of the top eight teams in the 4A Conference, they will not have to play in the Conference Play-In Tournament Oct. 25 but will be able to start the 4A state tournament playing at home in the first round on Oct. 30.