Shakespeare has been a lifelong fascination for me. I’ve acted in and directed his plays. Some of these stagings have been nontraditional, like a Measure for Measure in modern dress, or even a Taming of the Shrew set in the Wild West.

As an audience member, I’ve sought out and enjoyed versions of his work set on Iowa farms or gangland underworlds or hamburger joints or distant planets.

But I have to admit that even I hadn’t seen a Shakespearean production in which Richard III was dragged off screaming by zombies, or in which the conflict between Othello, Iago and Desdemona was played out on the set of The Jerry Springer Show.

Not, that is, until I saw I Hate Shakespeare! at Kyrene Aprende Middle School a few days ago.

The 2008 play by Massachusetts-born youth theater veteran Steph DeFerie has received scores of productions, not just in the U.S. but around the world. 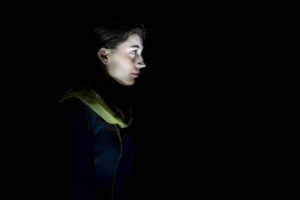 It opens with arguably Shakespeare’s greatest protagonist, Hamlet himself (played at Aprende by Sean Geraghty), coming onstage with Yorick’s skull in hand and declaiming grand poetry, only to be heckled by an “Unhappy Person” (Haley Ross) who proclaims that she hates Shakespeare, and challenges the Melancholy Dane to make a case for the Bard’s relevance to her life.

What follows is a string of blackout sketches which both lampoon Shakespeare and demonstrate the relationship between his work and modern-day entertainment and pop culture. Hence we get a Juliet for the trellis age versus a Juliet for the cell phone age, or an As Seen On TV-type product designed to endow the user with the power of Shakespearean insults.

Directing the large cast of crew of more than 50 students was Marisa Brady, who says she chose the play “because I felt it was important to introduce my drama club to Shakespearean text, but because it can be a challenge for students, I wanted to approach it from more of a satirical point of view. 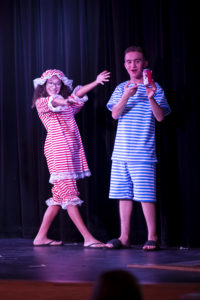 “I came across this script at the end of last year and thought it was the perfect blend of comedy and Shakespearean text that my middle school students would really enjoy.”

The challenge remained of getting middle schoolers comfortable with this style of performing, however. “Every piece of theatre, whether it is classical or modern, comes down to storytelling,” observes Brady.

“The Shakespearean plays that are recreated in our production are just stories with dynamic characters and universal themes. We started with getting our actors to understand the basic plot and the characters’ motivations.

“Once they understood that, it made the language a little less intimidating. Also the script…does a great job of using modern day language to emphasize the meaning of some of the more challenging dialogue.”

The logistics of the production were more daunting, perhaps, then the textual side.

“The biggest challenge for all of us is the timeline,” says Brady. “We have put this production together in just six weeks.

“So not only are the 24 actors under a time crunch to memorize their parts, our crew of 32 students have been painting sets, acquiring props, making costumes and learning and designing lights and sound in this short amount of time. 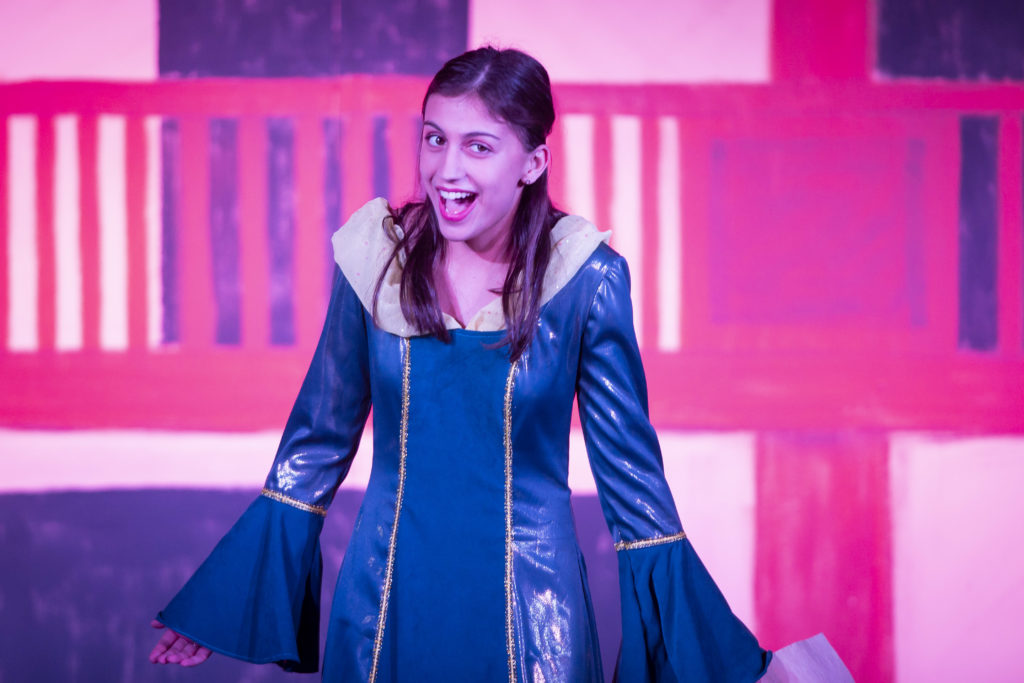 “Thankfully, I have a team of three amazing teachers, Sharon Smith [Costumes], David Holdcraft [Technical Director] and Alyssa D’Andrea [Props] who manage our crews to get everything ready for opening night.”

Despite this hard and hectic work, however, Brady says the process was fun:

“This play is very silly, so it has been so much fun finding the humor in every inch of the script. Everyone, including the actors, has been adding funny bits throughout the whole rehearsal process to make this as funny and ridiculous, in the best way, as possible.

“There has been so much laughter at every rehearsal! It had been a blast to see what crazy things we can come up with.”