Lakefront project pleases some, concerns others

Residents are deliberating over conceptualized changes being unveiled for the Tempe Lakes community, clouding the air with a mix of excitement and trepidation.

The Lakes community has long had a reputation for its desirable waterfront properties, friendly neighborhood atmosphere and exquisite California-esque style.

Needless to say, people who live in The Lakes have paid exceptional prices for the neighborhood’s offerings and expect their concerns regarding the area’s future to find resolution when they come up.

One particular sore spot for the neighborhood lies on Lakeshore Drive across from the community’s Beach and Tennis Club.

Lakeshore Village, the commercial development that has been a focal point of the community ever since its earliest days in the early 1970s, hasn’t seen much renovation since then. John Rao, Lakeshore Village’s owner and a fellow Lakes inhabitant, says he’d like to see some modernization considered.

Out of what he termed respect for his neighbors and the Lakes community as a whole, Rao took it upon himself to begin planning a major remodel of the properties located in the Village section. 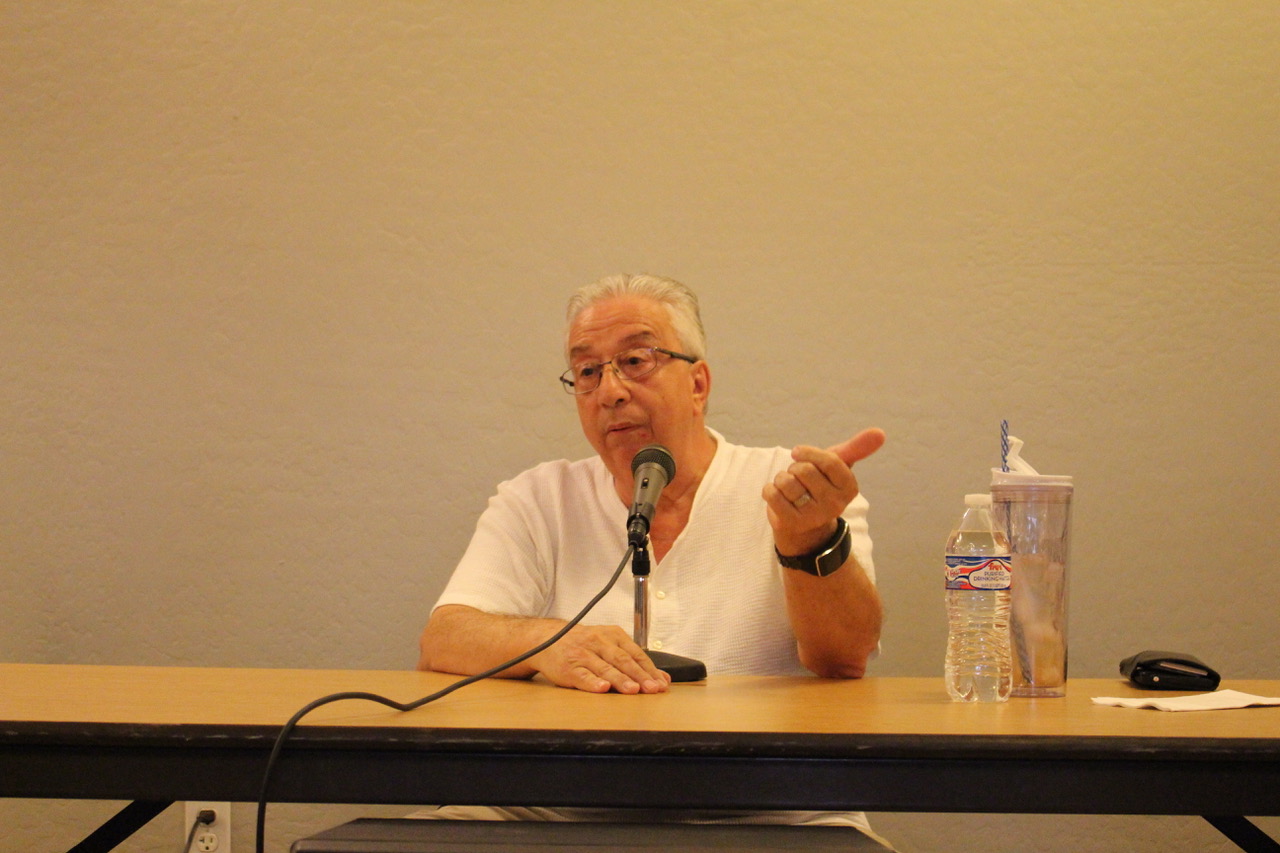 Despite his optimism for the project, a significant number of Lakes residents were vocal in expressing concern about his proposed way of helping the neighborhood. Rao’s plan involves building a three- to four-story condominium with retail shops occupying the ground floor and luxury suites above, and his depiction for the condos featured a modern-looking facade on the waterfront.

Some 150 or so residents were heard loud and clear on the night of the meeting.

“This complex you designed looks nothing like our neighborhood,” insisted one attendee. Another described it as “the most unaesthetically appealing piece of construction,” an opinion that resulted in an eruption of applause from the crowd.

People also voiced concerns regarding parking, an expected influx of traffic, security and whether or not Rao would take into consideration their questions and concerns voiced at a preliminary meeting in August.

Some Lakes residents who attended the meeting raised no opposition to the plan, but the general atmosphere suggested displeasure toward Rao’s ideas and his responses to their questions.

“Be open minded,” said Dan Birk, a longtime Lakes resident and Realtor in the area. “See what it’s going to look like, see the drawings…ask questions, and then give him your input. That’s the best way to do it.”

Birk described the meeting as predictable overall and noted that its purpose was to give neighbors an opportunity to voice their concerns, which is exactly what occurred.

While the Lakes homeowners association isn’t involved directly in zoning issues, the city’s Planning and Zoning board would need to act on any such request if Rao decides to proceed.

In a situation like that, the HOA could act in an advisory capacity based on its own board’s discussion. In the meantime, Rao has indicated he’d like to hear more from Lakes residents before deciding if and when to proceed with his plan.

So far, no formal rezoning proposal has been submitted to city officials. For more information, visit Tempe.gov.