Tempe’s City Council chambers overflowed with well-wishers as two current council members and one new one were sworn into office in an official City Hall observance.

It will be Arredondo-Savage’s third term and Kuby’s second as council members. Kuby also was picked by the newly formed council as vice mayor. The vice mayor position is for a two-year term, duties of which include serving as presiding officer for council meetings when the mayor does not attend. 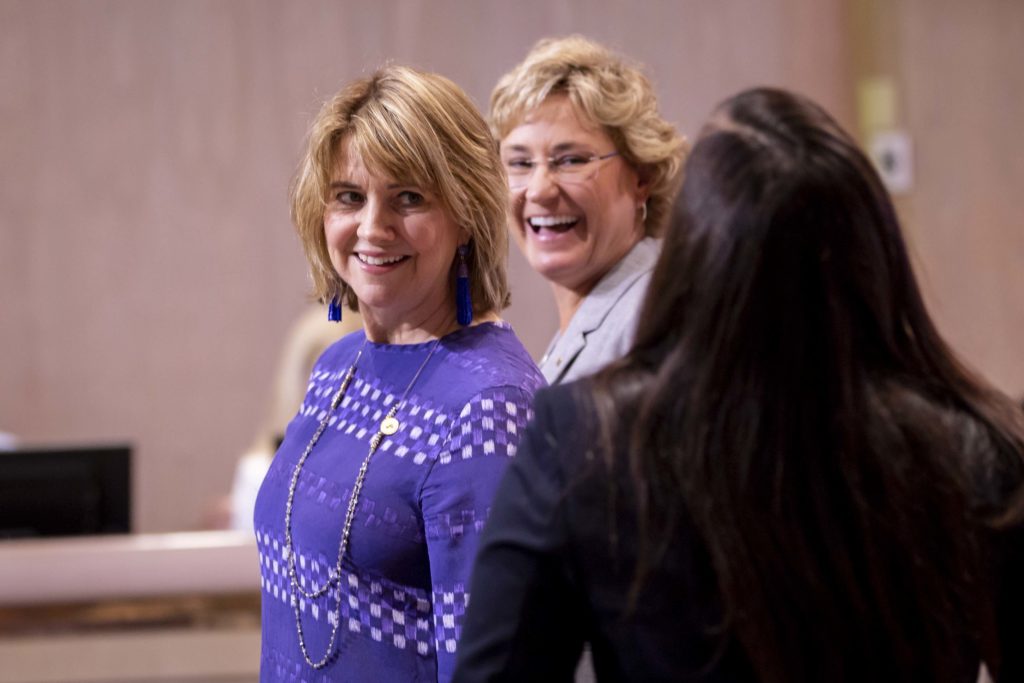 The swearing-in ceremony, conducted by City Clerk Brigitta Kuiper, was followed by a reception in the Don Cassano Room at the nearby Tempe Transportation Center.

About 180 people attended the ceremonies, including such notables as former mayors Neil Giuliano and Hugh Hallman. It appeared to be a standing-room-only crowd. Among onlookers were the winning candidates’ friends and families, joined by city staff members.

According to those present, it was a “happy, light ceremony” with Adams, Kuby and Arredondo-Savage in turn thanking their supporters and those who cast votes in the March 13 election.