The public meetings are over and the online-comment period has ended. Now Tempe’s Public Works Department must analyze all the input that was received about the McClintock bike-lane situation and prepare to present a report to the mayor and City Council in June.

Residents as well as cycling enthusiasts from the McClintock corridor packed into the two public meetings held last month at Tempe Public Library and McClintock High School. Peggy McClain was one of those in attendance at the high school who opposed the changes made to the roadway. Those changes included the addition of a bike lane and candlesticks (a buffering device), as well as the removal of a vehicle lane along some stretches of McClintock from Broadway Road to Guadalupe Road. McClain said she’s lived in the area for more than 30 years and that she wants things to go back to the way they were.

“I’m in sales, so I’m on the road all the time … It’s always backed up now at rush hour, even going north,” McClain said. She attended a March 28 meeting at the library but was not happy with the way it went.

“I went into it thinking that there would be public comment and that we could fill out a card, go up to the microphone and talk for two or three minutes,” McClain said. “I didn’t expect them to listen to us, but at least we could comment on the record. And they didn’t let us do that.” 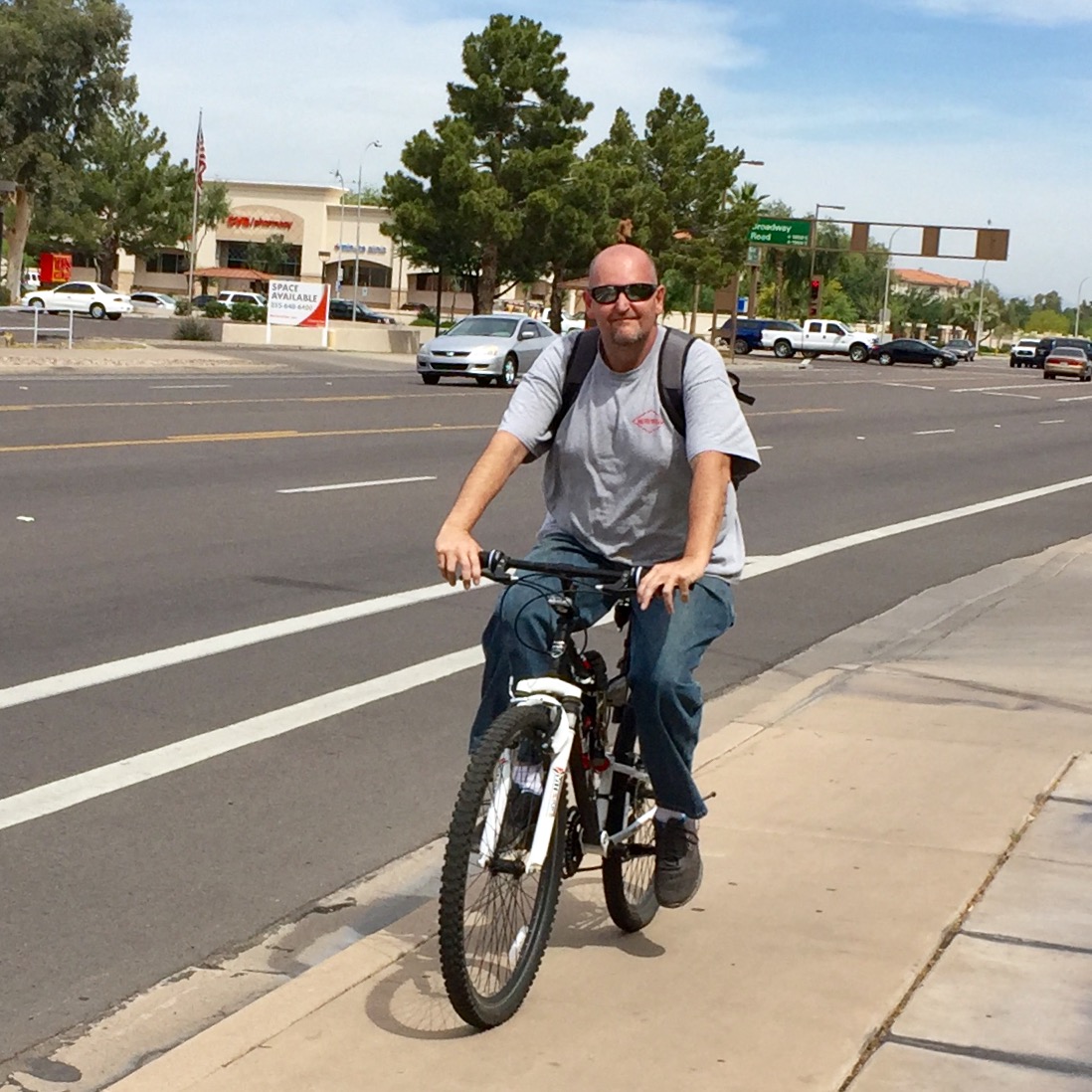 McClain said splitting up residents into breakout groups to discuss matters was a way to exert control. Without the entire group being able to hear all the questions asked, “You can’t put all the information together.” After raising her hand and not getting called on, she said she made her way toward the microphone but was told the meeting was about to be adjourned.

“I feel like the deed is done and they are going to do whatever they’ve decided to do and that this was all for show,” McClain said.

Shelly Seyler, a traffic engineer who is also the deputy public works director for Tempe, disagreed with McClain’s characterization. She was at the meeting at McClintock High as well as an earlier meeting at the Tempe library. Both meetings, she said, featured a presentation by city staff followed by breakout discussion groups.

“We did have some question-and-answer dialog with residents prior to breaking out into the small groups,” Seyler said. The reason for the smaller groups was “so that we could adequately answer questions and talk with residents about what the different solutions were…the Q&A with the entire group was in between the presentation and the small breakout groups,” Seyler added.

Acknowledging that the McClintock bike-lane situation was a “divisive issue,” Seyler said she “wouldn’t want anybody to think that we are not listening to what they are saying because that is what these public meetings were all about.”

Those who attended also had the opportunity to fill out comment cards, and comments were being received online through April 5.

“Our minds are not made up—that’s not how we work. We want to hear what the residents have to say,” Seyler emphasized.

Nick Bastian, a Tempe Realtor, lived near McClintock Drive and Guadalupe Road for 13 years. “I drive McClintock every single day—my office is at McClintock and Southern,” Bastian said. He also rides his bike on McClintock daily, he said.

“I am a longtime supporter of Tempe’s transit and bike systems,” Bastian said, but “my opinion is these bike lanes were a horrible use of taxpayer dollars and city resources. The amount of space on McClintock that is utilized for pedestrian traffic is far more than necessary…It drives me crazy what they did.”

As a Realtor, he also has an opinion about the impact of the changes to McClintock Drive.

“If anything is going to negatively affect property values in that corridor, it’s the amount of limited access the bike lanes have created to get to commercial developments,” Bastian said.

Wrangler News observed traffic on McClintock on Friday, April 7 for 45 minutes. During that time, nine people were seen riding on bicycles. Of those, seven were riding on the sidewalk and two were using the bike lane. Of note, the cyclists in the bike lane were both wearing helmets. None of those on the sidewalk were doing so. Several said they were on their way to or from their job.

Randy Lawdahl said he rides his three-wheel bike up on the sidewalk because he’s a diabetic and worries he might have a seizure. “I don’t want to be in the street if that happens,” he said.

Jose Magana was on his way to work, riding his bike but not in the bike lane. “Most of the time, I ride on the sidewalk,” he said. “I feel safer up here. If I see someone coming, I go into the street.”

Lamar Wimbey was on the sidewalk pedaling northbound on McClintock. “I’m on my way to work. I just got to Arizona and I’m not familiar with the bike lanes.”