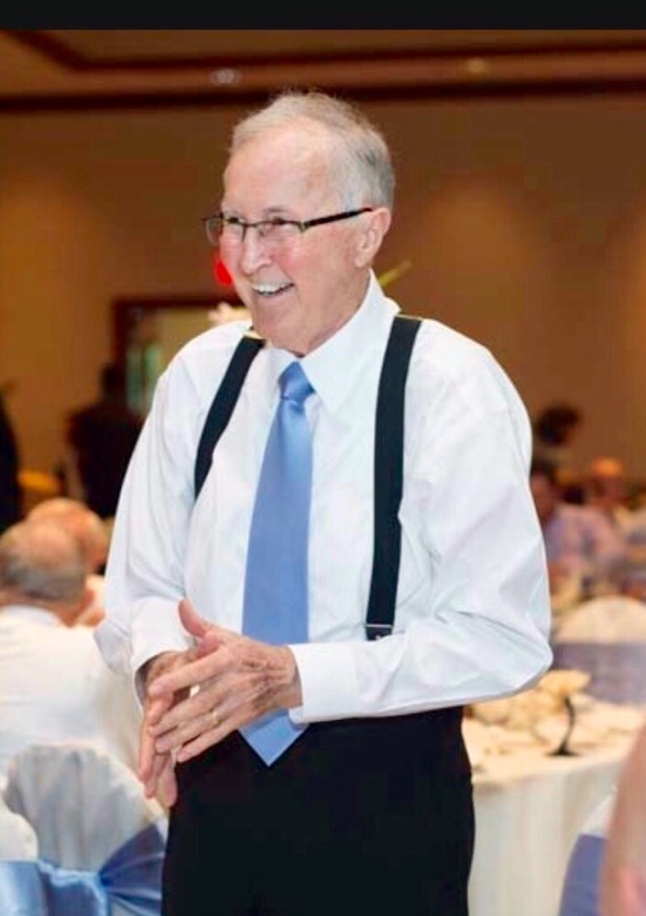 Doug Ross, one of Davidson’s closest friends for decades, remembers a man who was generous, compassionate and personable.

“He was a people person who made time for everyone,” Ross said.

“He knew everybody’s name and if he found out somebody was in the hospital, he was there.”

Davidson moved to Arizona with his family in 1939 but began his life in ministry in Missouri in 1951. In 1965, along with three other families, Davidson and his wife founded Grace Community Church on what was then the southern edge of Tempe. The first service attracted more people than the church could hold.

In an era before the term “mega-church” had been coined, Davidson was a
mega-pastor, Ross said.

“He had tremendous influence in the East Valley and across Phoenix. If there was a public event, he was asked to come and pray.” Close friends with the Rev. Billy Graham, Davidson was the one to eventually ordain Franklin Graham.

Beyond his influence locally—he served on the board of Tempe St. Luke’s Hospital—Davidson’s reach extended across the world. He had a passion for spreading the message of Christianity beyond his homeland, serving on the boards of Samaritan’s Purse, Food for the Hungry and Global Outreach Mission, all aimed at alleviating suffering of the poor while sharing the gospel message.

“At one point, we were in a building campaign and we had quite a fair amount of money in the bank,” Ross recalled.

Davidson approached his flock at Grace and told them, “I think God would have us build churches in India.”

So they did, while also managing to build up the campus of the church in Tempe. Then, in 1998, he helped found Arizona Community Church.

“Many times, he would preach four times on Sunday, get on an airplane, fly to India, visit there for a whole week, come home and preach again on Sunday,” Ross said. “He had energy.”

Fifteen years ago, the two men traveled to Cuba on a mission trip.

Martha Davidson, married to the late pastor for 55 years, said her husband was a man who practiced what he preached. She summed up his legacy in four words:

“He walked his talk,” she said. But did she worry about her husband’s excursions to developing countries?

“Never. I just knew that he did what he thought he should do and if something happened to him in those places, he was where his heart was,” Martha said. The couple didn’t have money in the bank early in life, she said, “but we started by faith. He would say, ‘God will supply our needs.’ And he always did.” Guy, she said, was a loving husband.

“He spoiled me, he really did,” Martha said. “For many years, on the 10th of every month, we would celebrate our anniversary. It was a remembrance of how God brought us together and what God had been through our lives.”

It wasn’t all roses. The couple’s son, Carey, fell into illegal drugs and alcoholism, eventually getting arrested. These days, he’s a certified interventionist involved in helping people overcome addictions. His father, he said, was there for him.

“He never gave up on me. He always loved me and kept me and let me know that he loved me,” Carey said. “When I got arrested as a result of acting out my addiction, he looked at me and he said, ‘You know, son, you cannot unscramble eggs, but you’ve got all the ingredients to make a great omelet. Now let’s make an omelet.’ I’ll never forget that.”

Davidson practiced what he preached. He suffered a catastrophic stroke in 2002, but waged a fierce battle to overcome the paralysis and other lingering effects. For two months, he endured eight hours of daily, grueling rehabilitation. “He was determined he was going to beat it. Determined,” Martha said. “He really did. It was marvelous.”

Gifts in memory of Guy Davidson may be designated for the Davidson Memorial Fund at Grace Community Church.

This fund will be split 50/50 between Grace Community campus development and international mission projects, including the building of an electronic library featuring more than 1,000 original sermon outlines created by Davidson over the years. Pastors around the world will have free access to the resources.

Joyce Coronel
Joyce Coronel has been interviewing and writing stories since she was 12, and she’s got the scrapbooks to prove it. The mother of five grown sons and native of Arizona is passionate about local news and has been involved in media since 2002, coming aboard at Wrangler News in 2015. Joyce believes strongly that newspapers are a lifeline to an informed public and a means by which neighbors can build a sense of community—vitally important in today’s complex world.
Previous articleExhibit on track for trip back to Tempe’s railroading heyday
Next articleRemembering a ‘Smile’ that never fades