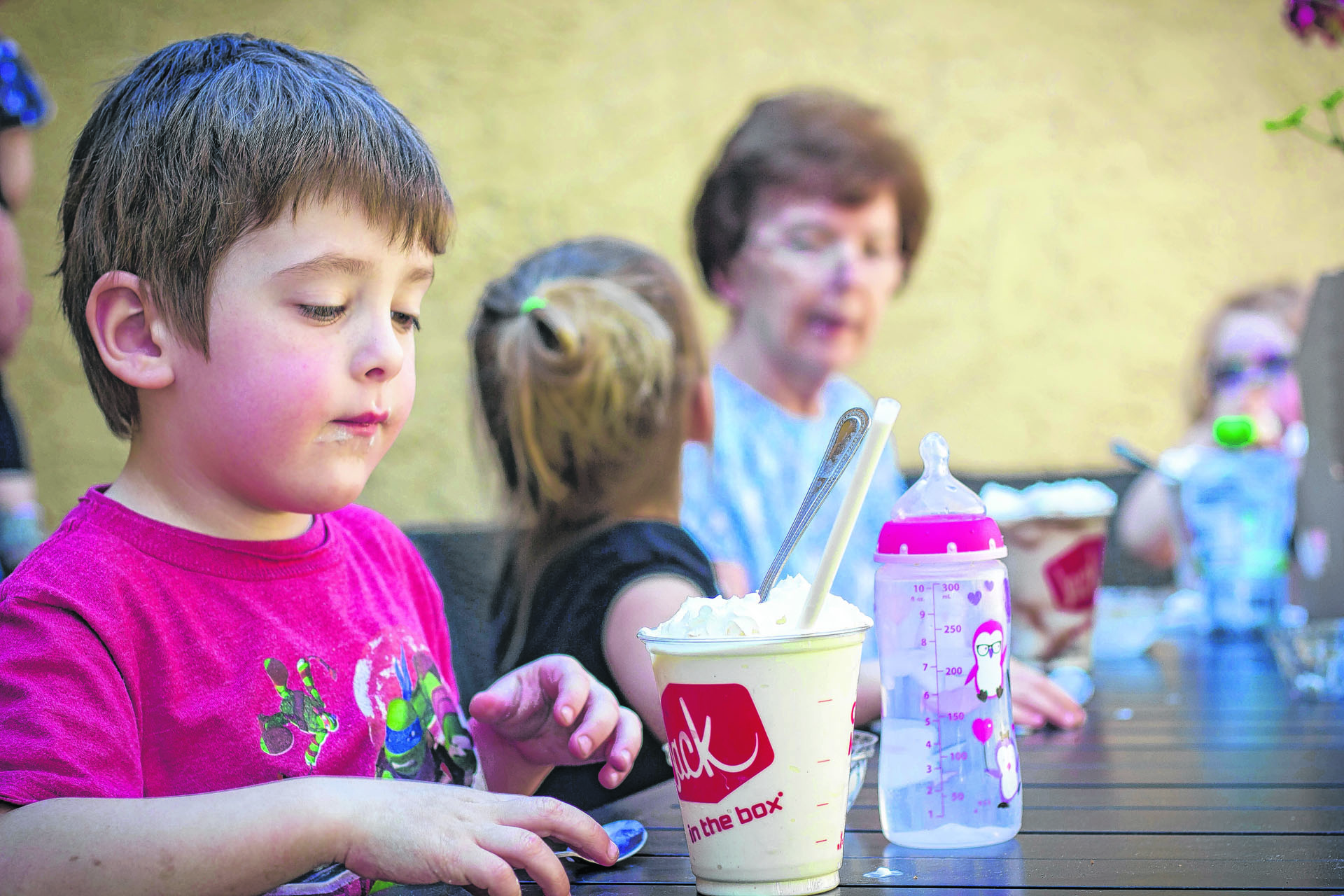 Kimberly and Scott Simon and their four small children made their way through the lobby of the Westchester Memory Care Unit in South Tempe. It was a warm, spring afternoon and Kimberly was toting a cardboard container loaded with thick chocolate milkshakes topped with whipped cream. The family headed for Juanita Simon’s room, just steps from the community area.

“Grandma has a sweet tooth,” Kimberly explained as the children scrambled up to the table. Juanita, 68, is a resident at the facility on Rural Road just north of Guadalupe.

“Your hair looks gorgeous,” Kimberly gushed as she beheld her mother-in-law. Westchester has an on-site beauty salon and Juanita had visited earlier in the day for a hair-do. The Simons live just across the street from Westchester and are frequent visitors.

“Having her close is definitely an advantage. We know we can stop by and see her, whether it be for five minutes or an hour,” Scott said.

Juanita was a resident in the assisted living quarters at Westchester for three years, but recently, her dementia progressed. She was hospitalized for a time, and later resided in both a group home and nursing home while the family waited for the memory care unit to be built at Westchester. The new unit opened in January.

Kimberly and Scott say the smaller facility at Westchester is easier for Juanita to navigate. She has her own room, too, which is something her family says she appreciates.

“The other one she was at before was a lot bigger with about 60 people. I think it had a tendency to intimidate her a little bit, but this one is nice because she walks out, she’s in the dining area, she’s in the TV area — it’s not overwhelming for her,” Scott said.

“They take a personal interest in each resident. That’s nice to know,” Scott said. Juanita was the second person to take up residence in the memory care unit that now houses six others. On a Friday afternoon, several residents sat in the community room watching television. Doors open out into the shaded, quiet patio just off the spacious kitchen.

Naomi Hartmann, the assisted living residents’ director at Westchester, said the memory care unit opened in January and staff has been specially trained in Alzheimer’s and dementia care.

“They know better how to deal with possible behaviors that come up and the changes that residents are dealing with,” Hartmann said. There’s a tendency among Alzheimer’s patients to become agitated and anxious in the evening hours, a phenomena known as “sundowning.”

“With it being a smaller unit and staffed accordingly to that, it’s easier to do some more one-on-one,” Hartmann said. “We have some quiet areas that they can go to and we know that our residents are not all going to be on the same schedule for meals and activities.”

One way staff works to assist residents is through a computer program known as “It’s Never Too Late” or IN2L. The program guides residents in reminiscing about things that are important to them, such as trivia and music. “It’s really designed to pull the residents into what is special to them,” Hartmann said.

“It’s that personal touch that we really like,” Scott said. Staff at Westchester know what appeals to Juanita. Like watching television—especially programs such as Judge Judy or anything to do with the police, which seems incongruent to the soft-spoken grandmother with light brown hair.

Sipping her shake on the patio, Juanita smiled as her grandchildren sat all around her. Westchester is home now, and she knows her family is nearby though she’s not exactly sure where.